What is RaMona Rizzo Net Worth? 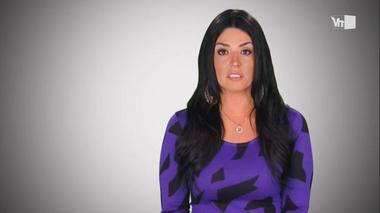 Born on March 8, 1972, RaMona Rizzo is a TV personality best known for being a cast member of VH1’s hit series ‘Mob Wives.’ Her grandfather is the infamous gangster Benjamin “Lefty” Ruggiero. RaMona is a close friend of fellow ‘Mob Wives’ cast member Karen Gravano, daughter of Sammy “The Bull” Gravano. The two played together as they were growing up and attended the same church. They are so close that they consider themselves to be cousins.

RaMona was married to a man from the Middle East, and had moved to Jordan to be with him. Her husband also had mob connections, and in a few years, RaMona became disinterested in their way of life. When she attempted to divorce him, she was forced to stay in Jordan, but in 2008, she was able to get the divorce she wanted.

She and her ex-husband had four kids together, namely Giovanni, Gianna, Melina, and Anissa, which they were able to separate within themselves. RaMona also had a step-daughter named Amoora Ammar. Unfortunately, though, when RaMona returned to the U.S., she was penniless and had to start from scratch.

Currently, RaMona is engaged to Joseph Sclafani, who is an alleged member of the Gambino crime family. They haven’t been able to get married yet as Joseph got arrested for dealing drugs in August of 2013 for which he got a fifteen-year sentence.

How did RaMona Rizzo Earn her Money?

Ever since she was little, RaMona had wanted to be an actress. This dream of hers became a reality when she passed the audition for VH1’s hit series ‘Mob Wives’ and became a cast member for it from 2011 to 2016. Moreover, RaMona also makes a living from her Instagram account, where she currently has more than 204,000 followers. Her account is full of not only personal photographs but also paid-partnerships and sponsored posts with other brands.

What is RaMona Rizzo’s Net Worth?

With the accumulation of her income from her appearance in ‘Mob Wives,’ and her Instagram account, RaMona’s current net worth, as of 2020, is estimated to be around $600,000.