What is Sarah Miller’s Net Worth?

Sarah Miller is a designer, wedding planner, and star of the Netflix reality show ‘Marriage or Mortgage.’ Born Sarah Fogarty, she grew up in Atlanta, Georgia, and was raised by her mother, who used to be an interior designer. Some of the credit for Sarah’s success must therefore go to her mother as she seems to have inherited some of her skills. Sarah moved to Tennessee after completing her education in order to open her own business.

Sarah is married to Chris Miller, and the couple has two children, Braeton and Atley. She lives in Franklin, a city just south of Nashville, along with her family and her dogs. It was Sarah’s love for design and event planning that helped her create and run a successful company. It earned her a considerable fortune, and now with her new-found fame from the Netflix show, she is likely to achieve more in the coming years. Before we get to her net worth, let’s have an overview of how Sarah Miller accumulated her wealth.

How Did Sarah Miller Make Her Money?

Sarah Miller is the owner and founder of the Franklin-based event planning and interior design company, Southern Vine & Co. The Tennessee company specializes in designing dream luxury homes for its customers that inculcate their personal preferences while also organizing unforgettable events. Sarah’s creative Southern flair has been a huge factor in her company’s success, which has garnered a decent social media following as of now, with positive reviews from the customers. Southern Vine & Co. boasts a five-star rating on The Knot, and her customers have praised Sarah for her attention to detail and professionalism. 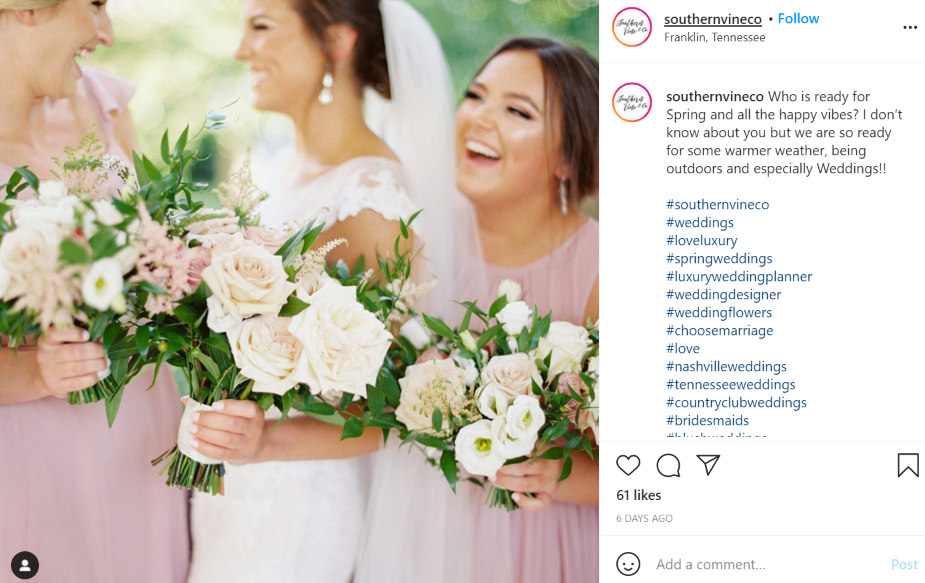 Sarah’s work as an interior designer has been the focal point of her life, but interestingly, her rise to prominence was fueled by the Netflix show ‘Marriage or Mortgage.’ The reality show follows couples who have to make a choice between investing in a house or splurging their savings on their dream wedding. On the show, Sarah competes with Nashville-based real estate agent Nichole Holmes, who will try to convince the couples to invest their hard-earned money towards the downpayment for a new house while Sarah makes the case that houses come and go, but a wedding is a one-time thing.

The show gives viewers a fascinating insight into Sarah and Nichole’s reasoning. The former is a helpless romantic; therefore, it is obvious that she prefers a lavish wedding. While Nichole is more realistic, hence argues that it will be better to invest in a house. Although Sarah has been an event and wedding planner who also has a company that deals with interior designing, her Netflix show, ‘Marriage or Mortgage,’ is likely to open previously unexplored opportunities for her in coming years. As of now, she already has an impressive overall net worth, so without further ado, let’s have a look.

Sarah Miller has an estimated net worth of around $1 million. Her company, Southern Vine & Co., is doing great and is likely to grow its reach in the future. She might get to work in more reality TV shows, thanks to her new-found fame credited to ‘Marriage or Mortgage.’ So, it won’t be wrong to assume that her net worth is likely to inflate with time.