What is Sarah Miller’s Net Worth?

Sarah Miller is an award-winning tattoo artist and traveler, who has been a part of the popular TV show ‘Ink Master’. Sarah fell in love with art when she was just two years old. Her fascinating portrait pieces are a testament to her prowess as a painter. Sarah’s interest later helped her make a career in graphic design and illustration. It remained her passion for a few years before she worked in other fields. Sarah grew up in New York and she wanted to be a graphic novelist.

She studied graphic design, illustration, and classical art at the Art Institute in Pittsburgh. Sarah went on to work in marketing, deviating from graphic design, but she ultimately found out her true calling as a tattoo artist. Interestingly, Sarah didn’t pursue tattoo art as a career initially but only after she got laid off from her job, she finally realized it helped her emotionally deal with her problems. Sarah’s career so far has been quite rewarding. Before we discuss her net worth, let’s have an overview of how she makes her money.

How Did Sarah Miller Make Her Money?

After graduating from Art Institute in Pittsburgh, Sarah worked in marketing, and graphic design, and illustration. She was involved with product branding campaigns for local design firms for a few years before she started working as a tattoo artist. She devoted herself to learning the intricacies of the craft and emerged as one of the most sought-after tattoo artists in America. She was soon attending conventions around the planet and went on to win several awards in national and international competitions. 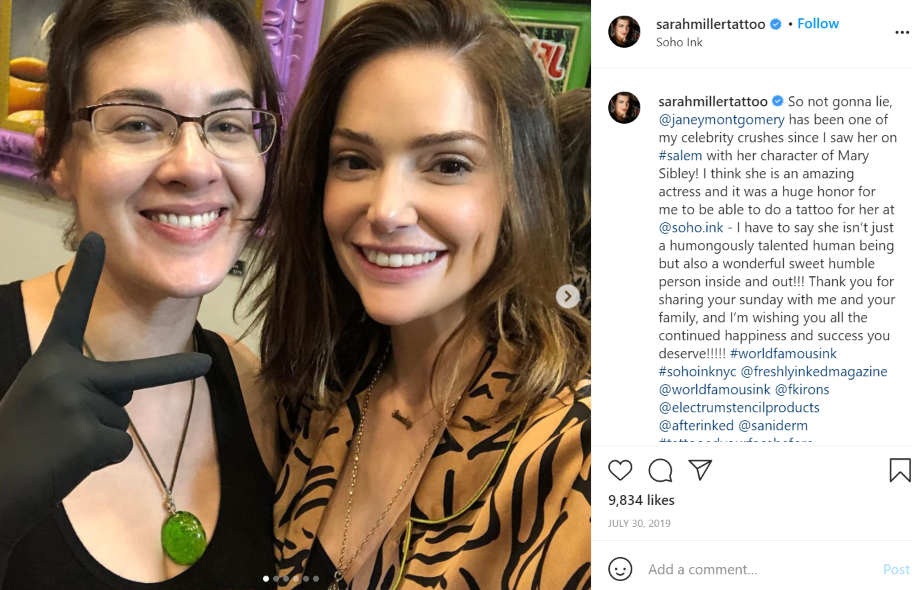 However, her rise to prominence only began once she participated in ‘Ink Master’, the tattoo reality competition, in season 2 and emerged as a runner-up. She made several other appearances in future seasons as well, which made her quite famous. Thanks to the show, her social media influence skyrocketed, which she uses to share about her work and personal life with her fans. Interestingly very few people know that she has also been part of ‘A Hand of Bridge’, a short comedy-drama, and ‘Great Performances at the Met’. However, despite her stint in the world of television, Sarah remains a dedicated tattoo artist who loves to travel the world.

Sarah is also the managing partner of Wyld Chyld Tattoo, a tattoo shop in Brookline Blvd, Pittsburgh, which claims to provide the ultimate tattoo experience. She hopes to push the boundaries of her craft and her mission is to ultimately pioneer her own work someday. Sarah’s career as a successful tattoo artist and reality TV personality has helped her earn a lot of money. So, without further ado, let’s have a look at her net worth.

Sarah Miller’s net worth is estimated to be around $800,000. Her work as an artist has become quite popular and if she gets more opportunities to work in the television industry, Sarah’s net worth will increase rapidly. So, we can presume that her overall wealth is only going to grow in the upcoming coming years.