What Does the Future Hold for ‘What on Earth?’ 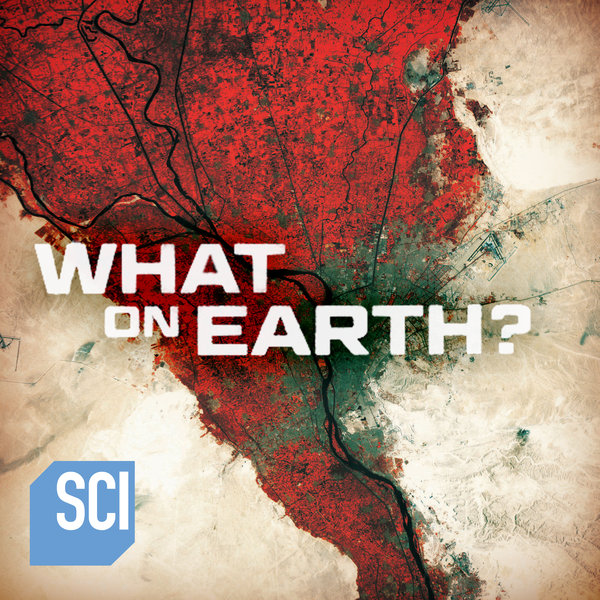 What on Earth? is a Science Channel docu-series that investigates some of the most bizarre and puzzling images captured by satellites and proceeds to explain the causes behind these peculiar occurrences.

The show first premiered in February 2015 and became Science Channel’s most-watched series that year, leading to the renewal of its second season that debuted in January 2016. The third season followed closely in November 2016 and the fourth aired in October 2017.

Season 5 of What on Earth? premiered on January 8, 2019, after which it was renewed for a sixth installment that debuted in June 2019. This was followed by season 7 that landed in January 2020. Now, fans are eagerly waiting for the next iteration. Here’s everything we know about What on Earth? Season 8.

What on Earth? Season 8 Release Date: When will it premiere?

What on Earth? Season 7 premiered on January 9, 2020, on Science Channel. Featuring and exploring several wondrous areas unknown to mankind, it wrapped up with its 10th episode on March 12, 2020.

Science has not come up with an official confirmation regarding the renewal of cancellation of the show yet. However, considering the fact that the series is a consistent performer and has been a staple on the channel since its launch in 2015, we are positive that it will be recommissioned for yet another season. If renewed, What on Earth? Season 8 should most likely premiere sometime in January 2021.

What on Earth? Season 8 Cast: Who can be in it?

As is custom with series of such formats, What on Earth? has a narrator to guide its audience through the series. This role is served by Steven Kearney. The series also takes into account analysis by experts and leading scientists to help with finding answers to the mysterious phenomena each episode throws light on.

We have reputed geologists, biologists, military analysts, satellite image analysts, historians, archaeologists, astrobiologists, astronauts, journalists and writers, and a number of other authorities who appear from time to time as the situation demands it. Mike Capps, Amanda Marchetti, Andrew Gough, Alan Lester, Jonathon Hill, Nick Pope, James W. Huston, Brittany Brand and Jim Marrs are a few experts who are regularly featured in the show.

Season 8, when renewed, is expected to continue to follow the same format, featuring related experts and authorized personnel as they continue to expose the truths behind some of the planet’s most bizarre puzzles.

What can What on Earth? Season 8 be about?

We have barely scratched the surface in our exploration of space. And in the miniscule part of the universe that humankind has ventured into so far, there are baffling details, inexplicable phenomena and perplexing structures that defy logic and till date continue to bewilder scientists devoted to solving these mysteries.

What on Earth? takes a look at these mystifying occurrences captured through state-of-the-art satellite imagery, and conducts investigations of its own with the help of expert opinions from brilliant dignitaries to get to the bottom of these unanswered questions. It takes viewers to breathtakingly picturesque destinations as viewed from several angles, providing a seamlessly surreal experience along the way.

Throughout its seasons, What on Earth? has tried to uncover the mystery behind the vanishing Manhattan-sized island, the tsunami that rises as high as hundreds of feet and never returns to the ground, the Doomsday Mountain, the tomb of Genghis Khan that was never found, the appearance of a humongous Star of David in Cuba, the Grand Canyon and the treasure hidden beneath it, the ancient pyramids of Egypt surrounded by strange black holes, a red swarm descending over an Indian beach, and a myriad of other strange phenomena.

The show additionally uncovers some of the deadliest secrets that are concealed in covert locations and are related to spatial mysteries. In one episode, a crew is deployed to investigate a ghost town in a remote desert and a strange Russian facility that might offer evidence of alien existence. Then they explore the death star in Korea and a top-secret, mysterious structure that may point to a nuclear threat.

In another episode, experts travel to unravel the puzzle behind a weird symbol that appears on a field and go inside a cave in Iceland that might be a way to reach the underworld. What’s more? The series also explains the reason behind the appearance of a trail of strange black objects in Antarctica and the mystery behind another strange structure in Gobi desert, which is a remnant of ancient Mongol warriors. A team also investigates an aircraft with extraterrestrial origins and a monster graveyard, which might have housed aliens in the past.

Season 8, as and when it happens, will continue to chronicle multiple such mind-boggling mysteries that have continued to defy logic through all these years.

What on Earth? Trailer:

There are no trailers or teasers that have been released for the show. While you wait for an update on What on Earth? season 8, you can sneak a taste of what the show is like beforehand by watching this clip from one of the previous seasons. All the seven seasons of the series are available to stream on Amazon Prime Video so you can dive right in!