What to Expect From Animal Kingdom Season 5 Episode 7? 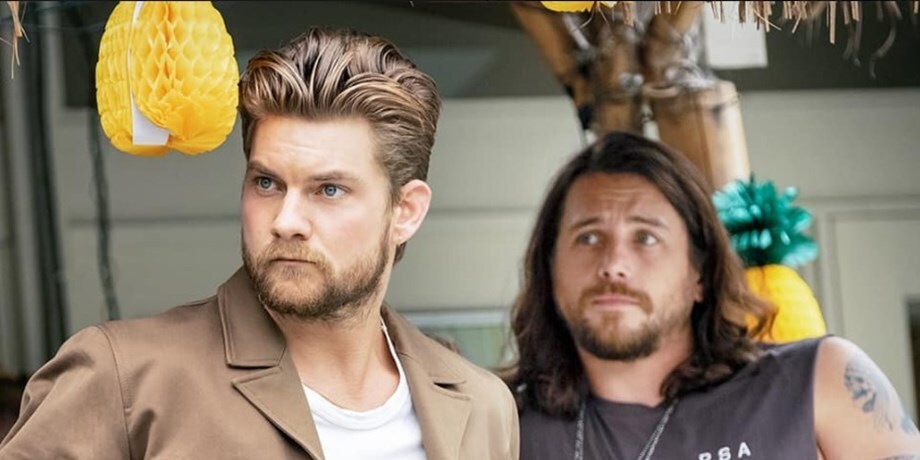 In the recent episode of ‘Animal Kingdom’ season 5, J, Deran, and Craig put everything on the line for a job, whereas Pope goes to the desert to deal with grief and chances upon a commune. It also offers a glimpse into Pope’s childhood and what Janine (later known as Smurf) does to secure a future for her family. You can head to the recap section to catch up on what happens in the latest episode. But first, let us share with you all that you need to know before the seventh episode rolls out!

‘Animal Kingdom’ season 5 episode 7 is set to release on August 22, 2021, at 9 pm ET on TNT. The fifth season has 13 episodes that run for 45–55 minutes each. The episodes land every week, so you can expect new chapters of the season to hit your screen every Sunday. The season is scheduled to conclude its run on October 3, 2021.

You can watch episode 7 of the fifth season on TNT at the aforementioned date and time. You can also catch the episode on the official website of TNT and the TNT app. The episode can be streamed live through Hulu+Live TV. If you do not have access to cable television, you can watch the episode on DirecTV, YouTube TV, Spectrum on Demand, Xfinity, and Sling TV. Additionally, you can purchase individual episodes or an entire season on Amazon Prime Video, iTunes, Google Play, Vudu, and Microsoft Store.

The seventh episode of the season is called ‘Splinter.’ We might see Deran and J’s friction escalate further as they are both headstrong individuals and have the tendency to think they know best. Deran might have strong leadership skills, but J has a stronger hold on the criminal empire. On the other hand, Pope will have a lot to handle as he cannot run away from the consequences of his decisions and the things he did in the past. Craig will struggle to get a hold of his life due to his new responsibilities as a father.

In the episode titled ‘Home Sweet Home,’ a flashback sequence in the 80s reveals how Janine AKA Smurf establishes her kingdom in Oceanside. In the present day, Renn convinces Deran to let her help with their latest job. But Craig is not happy with the decision since he feels responsible for her, especially because she is the mother of his child. Deran, Craig, and J are compelled to go ahead with their plan with help from Renn since they are unable to get through to Pope, who is nowhere to be found. But their plan soon starts to go downhill. Marion senses that something is not right and Renn gets captured by one of the henchmen. However, the Cody men manage to escape with the safe, albeit quite messily, and Renn manages to free herself.

Elsewhere, Pope is seen driving down a highway supposedly contemplating suicide when he comes across a commune named Kinship of Light & Truth. He finds their leader Mickey quite welcoming and is drawn to a member called Cassandra. But things get worse than they already were when Pope is forced to take a drug. He starts to see visions of Catherine and a kid called Brian. But Cassandra helps him get out of there. Just before the episode ends, Cassandra and Pope are seen lying on the highway in the middle of nowhere, but they appear relaxed.