What to Expect From Blindspot Season 5 Episode 5? 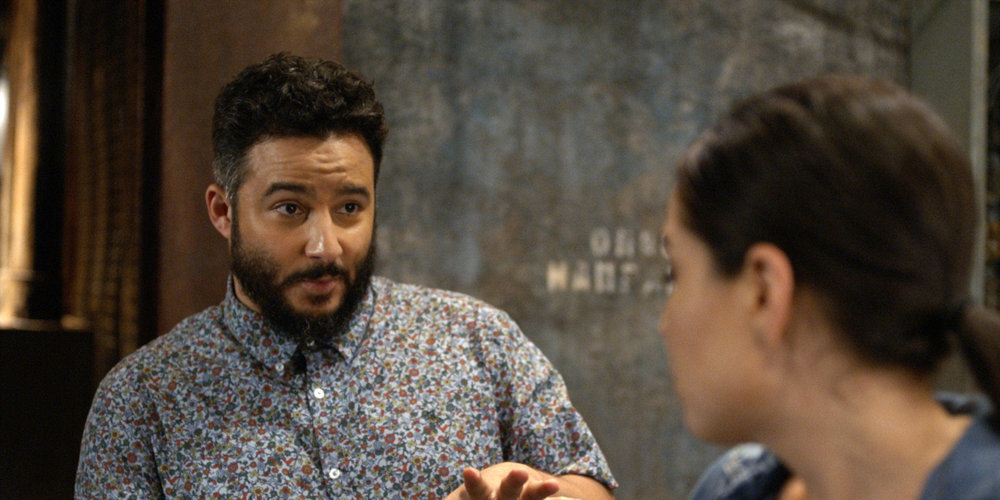 ‘Blindspot’ season 5 follows the FBI agents, as they strive to clear off the “fugitive” title that has been attached to their names after being framed by Madeline for Project Helios. In the latest episode, Patterson and Rich find a cryptic date on the evidence file that they took from Dabbur Zann’s associate before Jane killed him. Zapata realizes that the date marks the day when she and Reade joined the FBI. The two urge her to recall the memories from the day, keeping in mind her current mental state after Reade’s death. Zapata then recollects the moment when she and Reade interviewed a scientist, Dr. Kerry Coleman. Jane adds that she shot Coleman on one of their recent missions.

Meanwhile, Jane seeks Rich’s expertise to track down Weller’s daughter, Bethany. After a few unsuccessful attempts, he cracks her location and reveals that Bethany is sick and is seeking treatment in a hospital under a fake name. Jane asks Rich to keep the information from Weller, but he blurts it out, and Weller gets mad at Jane for withholding such significant information. Also, Zapata confesses to Rich about her pregnancy and asks him to keep it to himself for now. When the team heads out to catch Coleman, things go haywire, and she escapes. In a deadly turn of events, Jane gets attacked, while Weller gets kidnapped. In case you are wondering what happens in the upcoming episode? Here’s everything you need to know about ‘Blindspot’ season 5 episode 5!

In the episode, we can expect Ivy Sands to wreak havoc in the lives of the FBI agents. Having kidnapped Weller, she might leave no stone unturned to extract the information about the team’s underground bunker. As Ivy and her team don’t abide by the FBI’s rules and regulations, they can stoop as low as to take lives to fulfill their mission. Weller is physically strong and can take whatever the enemy can dish out, but in the last few episodes, we have seen how his concern for Bethany has taken a toll on his mental health.

While torturing Weller, Ivy might even try to break his mental strength by using his personal life against him. What if she threatens to hurt Bethany? Will he be able to keep the information to himself? Also, can we talk about the fact that Zapata is pregnant with Edgar Reade’s child? For the first time, I am hoping Rich fails to keep a secret and spills it out to the team so that they can have one little moment of joy amidst all the chaos. Meanwhile, the team might put themselves on the line to save Weller from the clutches of Ivy and her troops. They will also have to tend to Jane’s gun-shot wound as she battles for life.