What to Expect From Riverdale Season 5 Episode 12? 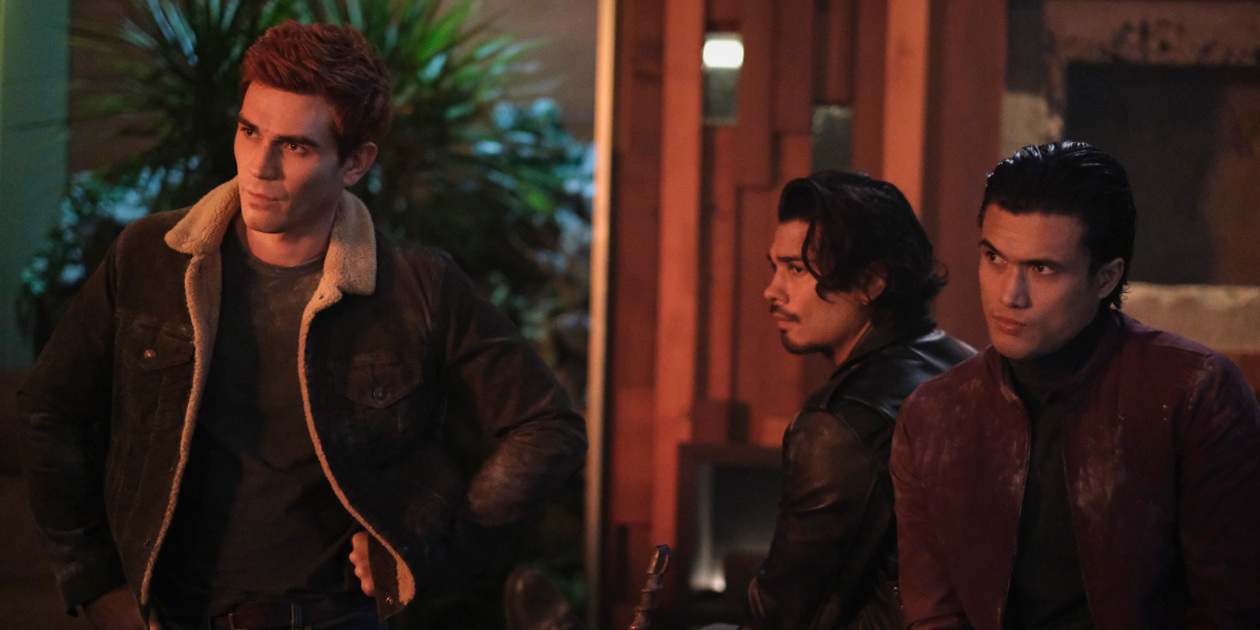 In the latest episode of ‘Riverdale’ season 5, the residents of the famous town feel the heat as the escaped prisoners run amok. Jughead’s quest for creative inspiration leads him down a dark path, whereas the Blossoms find a new axis in life. Archie and Veronica have been through a lot, and their current circumstances compel them to make a decision about their relationship. The recap section will help jog your memory. Now, let us take you through all that you need to know before episode 12 arrives!

‘Riverdale’ season 5 episode 12 is set to release on August 18, 2021, at 8 pm ET on The CW. The fifth season has 19 episodes in all. With episode 11, the series resumed airing the fifth cycle after its midseason break. The series follows a weekly release schedule, so we can expect new episodes to arrive every Wednesday.

You can watch the twelfth episode of season 5 on The CW at the aforementioned date and time. You can also watch it on The CW’s official website and The CW app. If you have cut the cord, you have several options to watch the episode as it will be available on DirecTV, Apple TV, Fubo TV, and YouTube TV. You can also buy individual episodes or the entire season on Amazon Prime Video, Google Play, Vudu, and iTunes. While the Netflix users outside the USA can catch the latest episode the following day after it airs on The CW, the American subscribers will have to wait longer. The entire fifth edition will land on Netflix USA after it concludes airing on the television network.

In the episode titled ‘Chapter Eighty-Eight: Citizen Lodge,’ we will get a peek into Hiram Lodge’s life and the factors that shaped him into the person he is today. While he is one of the main elements that make life harder for Archie and friends, he was not always the villain we have known him to be. Hiram will share his origin story with Reggie, explaining how he (originally named Jaime Luna) became the powerful overlord of Riverdale. On the other hand, Reggie will reflect on his relationship with his father. Here is a teaser for what is to come in the twelfth episode!

Episode 11 is called ‘Chapter Eighty-Seven: Strange Bedfellows.’ Veronica has made it clear that she does not want to be with Chad, except the latter is not ready to let go of her. This makes matters more complicated since Veronica and Archie long for each other. However, they decide not to rekindle their relationship unless Chad is out of the frame. While Veronica deals with Chad, Archie has a big mess to clean up in Riverdale as the town is teeming with criminals following the epic prison break.

In the process, one of the people set free from prison includes Penelope Blossom, who supposedly started a ministry while she was serving her time. As she talks about Jason as the son who died for people’s sins, Cheryl slights it off, thinking of it as her mother’s latest money-making scheme. But when she goes to see Jason’s corpse, a strange experience changes her mind. It seems like she believes her mother’s words after all.

Elsewhere, Jughead is in deep trouble since he ran off while he was still high on mushrooms. He encounters Doc once again after some drunk people beat him up. At the same time, Tabitha panics and enlists Betty’s help to search for him, who in turn contacts Jughead’s ex, Jess. The search for Jughead takes a weird turn when Jess drugs the two women and takes off with Jughead’s manuscript. At the end of the episode, Jughead leaves Tabitha a voice message informing her that he is headed to New York to figure out what was the horrible thing that happened to him during his time there. As the episode ends, we see him get into a truck on the Lonely Highway.

Read More: When Will Riverdale Season 5 Release on Netflix?