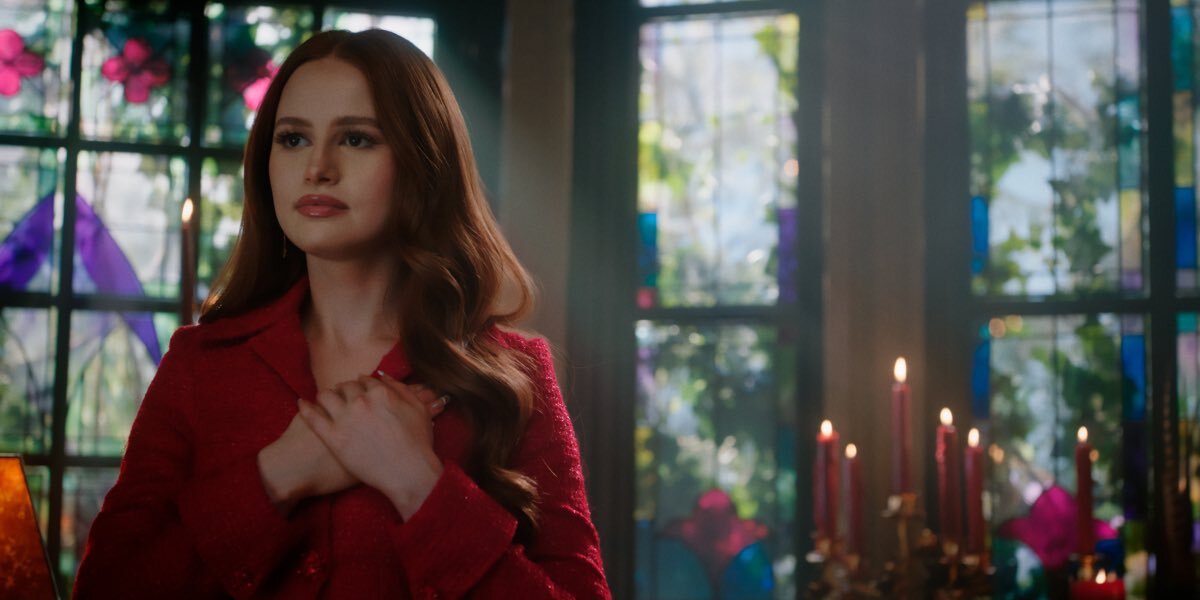 In the most recent episode of ‘Riverdale’ season 5, Archie and his friend Eric Jackson try to deal with the trauma they carry from their Army days with help from Uncle Frank. Betty is far from giving up the search for Polly and seems to be willing to do whatever it takes. Veronica gets ready to set up her empire, and she is ready to play dirty. Our recap section will tell you more about what happens in episode 13. But first, let us take you through everything you need to know about the fourteenth episode that is about to release soon!

‘Riverdale’ season 5 episode 14 is set to release on September 1, 2021, at 8 pm ET on The CW. The fifth season has 19 episodes. Since the series follows a weekly release pattern, block your Wednesday evenings to watch this show.

To watch the fourteenth episode of season 5, tune in to The CW at the date and time specified above. You can also catch the episode on The CW’s official website and The CW app. If you do not have access to cable television, there are a myriad of ways you can watch the latest episode. Some of them are Fubo TV, DirecTV, Spectrum on Demand, YouTube TV, and Apple TV. You can also buy individual episodes or entire seasons on iTunes, Vudu, Google Play, Amazon Prime Video, and Microsoft Store. Netflix users outside the USA can watch the latest episode the following day after it airs on The CW. Whereas the subscribers of the streaming service in the USA will have to wait for the entire cycle to finish its turn on the network before it lands in its entirety on Netflix.

Episode 14 of season 5 is called ‘Chapter Ninety: The Night Gallery.’ In this episode, we will learn that Betty and Alice are still on track with their investigation. They will confront a trucker who they believe might have something to do with Polly’s disappearance. As Betty’s darker side might emerge once again, Jughead and Archie’s respective pasts will haunt them. Meanwhile, Cheryl will make an interesting discovery when she learns about the palladium underneath the Blossom Maple Groves. She will take help from Archie, Reggie, Kevin, and Fangs. The upcoming episode might also set things up for the return of Josie and the Pussycats. Here is a peek into what the fourteenth episode has in store!

In the episode titled ‘Chapter Eighty-Nine: Reservoir Dogs,’ Betty and Tabitha come up with an idea to put on an entertainment show at Pop’s to lure in truckers so they can identify their suspect. However, there is one trucker who does not go to Pop’s. So, Betty takes her chances and walks into his supposed trap. Little does the guy know that she is several steps ahead of him. When he attacks her, Betty is ready for him and soon gets the upper hand. With help from Tabitha, Betty manages to get the guy, but she does not want to hand him over to the FBI before he reveals the whereabouts of Betty’s sister Polly.

Elsewhere, Uncle Frank tries to help Archie and his Army pal Eric Jackson, who have been going through a rough time as the trauma from their service days starts to get the better of them. Frank gets them a dog, hoping that having a furry friend would be good for their mental health. But it turns out that the dog has a traumatic past as well; it was part of an illegal dogfighting ring. This piece of information enrages Archie, who takes matters into his own hands and beats up the guy who is allegedly the ringleader. Eventually, Uncle Frank converts Archie’s boxing gym into a dog shelter.

Meanwhile, Veronica teams up with Reggie, who helps her set up her investment banking firm by taking away clients from Hiram Lodge. As for Kevin, life is not so sunny. Seeing that he might require help, Cheryl encourages him to attend a service by the Blossom family ministry. When she realizes that he still might not have gotten over Fangs, she nudges him to apologize to his ex. Unfortunately, when Kevin goes over to Fangs’ place, he learns that Fangs is now in a relationship with Moose.

Read More: When Will Riverdale Season 5 Release on Netflix?