What to Expect from Riverdale Season 5 Episode 4? 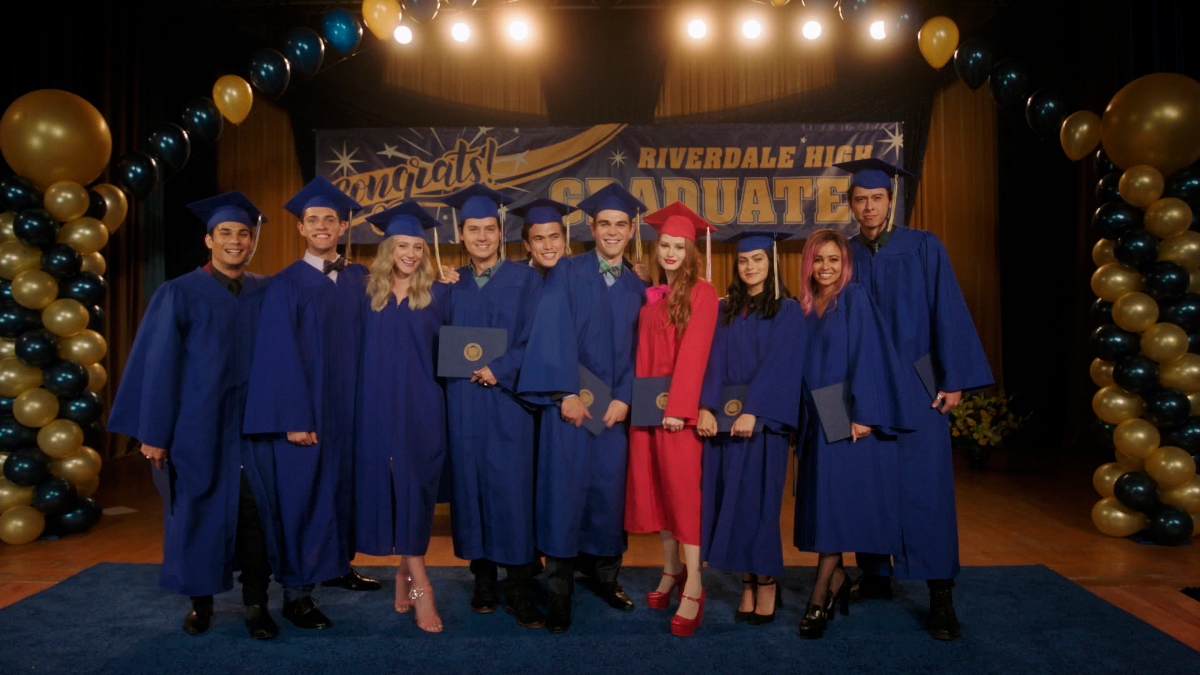 Even after the mystery of the disturbing videos is solved, life is just getting started for Riverdale’s beloved gang. When Jellybean’s role as the video auteur comes to light, FP decides that moving away from Riverdale is the best thing he can do for her. As Archie and the friends walk towards their future, the episode marks the end of an era. Originally, this episode was meant to be the finale of season 4, but the pandemic interrupted its production. However, it adds an interesting spin to the show as a part of season 5. You can read the recap at the end to catch up on what has happened in the show till now. But first, here is all that you want to know about the upcoming episode 4!

‘Riverdale’ season 5 episode 4 will release on February 10, 2021, at 8 pm ET on The CW. New episodes release every Wednesday.

Where to Watch Riverdale Season 5 Episode 4?

You can watch ‘Riverdale’ season 5, episode 4 on The CW by tuning in at the time mentioned above. In case you miss it, you can catch the episode on The CW website or app the following day.

For those who have cut the cord, you will find the episode on Directv, Fubo TV, iTunes, or YouTube TV. The Netflix users outside the US can catch new episodes a day after they premiere on The CW, that is, on Thursdays. You can also buy individual episodes ($2.99) or full seasons ($29.99) on Amazon Prime Video. The Netflix subscribers in the US will have to wait longer as the complete season will be released on the platform, only after it finishes airing on its home network (The CW).

The fourth episode of season 5 is titled ‘Chapter Eighty: Purgatory.’

The episode will bring the whole gang back to Riverdale after a gap of seven years. Archie will return from war to find that things would have changed. Riverdale is almost a ghost town under Hiram Lodge’s control. Archie will be compelled to reach out to the gang when Toni tells him about what has been going on. In the years that would have passed, we will find Jughead frustrated with his career and Betty dealing with a troubled past. It is revealed that Betty becomes an FBI agent while Veronica is married to Chadwick when we meet her in season 2.

In the third episode of season 5, titled ‘Chapter Seventy-Nine: Graduation,’ we see how Archie and his friends’ lives begin to change as they graduate from high school. We know that even though Archie is part of the graduation ceremony, he is not getting his diploma the same year as his friends. When Cheryl opens the time capsule from 1945, Archie gets hung up on a photograph of Riverdale High graduates preparing to go to war, which ultimately inspires him to join the army.

On a touching note, the gang makes their own time capsule with the things that each of them holds close to their hearts, including a menu from Pop’s, pair of cat ears for Josie, and Jughead’s beanie. Archie and friends decide that they will meet up at Pop’s every year.

Later that night, Jughead senses that there is something off about Veronica and Archie. So, Betty finally comes clean about her kiss with Archie. This revelation breaks Betty and Jughead, but they try to hold on to whatever is left of their relationship. They confess that they still love each other, but the best thing for them to do is focusing on their futures.

Cheryl and Toni seem to be headed in different directions as well. Cheryl decides to stay back in Riverdale to reinstate the Blossom family to its former glory, so she wants Toni to go to college without her. Cheryl makes this decision keeping the big picture in mind so that Toni won’t be split by her love for Cheryl and her own family in the future. But for now, it means that they can’t be together. We see Archie leaving to join the Army, and the gang gets a moment to say their goodbyes at the bus stop.

Since Jellybean and FP are gone, and so are all the friends, Jughead lives in Archie’s empty house (which is up for sale) and his bunker before finally leaving for Iowa. A year later, we see Jughead sitting alone at Pop’s, waiting for everyone else, but no one shows up. In a voiceover, Jughead says that six years would have passed before he meets his friends again.