What to Expect From Riverdale Season 5 Episode 5? 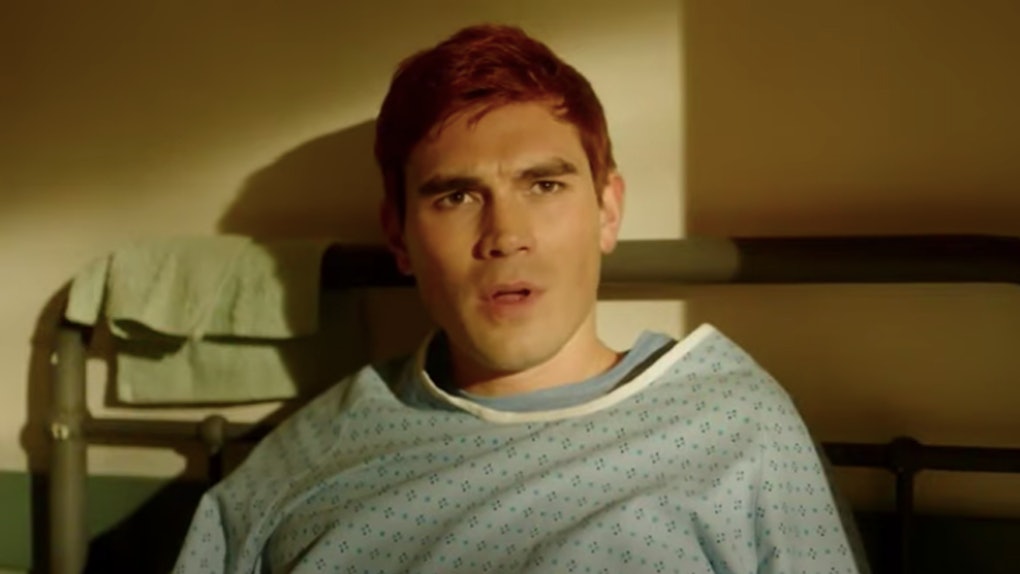 In season 5, the gang comes back to Riverdale after seven years, but nothing is the same. They are all in their twenties, with their own lives in different places. After being injured in the war, Archie has been sent back to Riverdale to revive the school’s ROTC program. Betty is an FBI agent trying to get field assignments again while she is still dealing with the trauma inflicted upon her by her dark past.

Things aren’t exactly going smooth for Jughead either, who is trying hard to reclaim the fame he got after his first book was published. Veronica and her husband are not on the same page as far as their relationship is concerned. We will get back to discussing the fourth episode in the recap section. In case you’re curious about episode 5, here is all that you need to know!

‘Riverdale’ season 5 episode 5 is scheduled to release on February 17, 2021, at 8 pm ET on The CW. The show follows a weekly release pattern, with new episodes releasing every Wednesday.

Where to Watch Riverdale Season 5 Episode 5?

You can watch ‘Riverdale’ season 5 episode 5 on The CW if you tune in at the abovementioned timeslot. You can also catch the episode on The CW website or app the following day. For those who do not have a cable subscription, multiple options are available.

You can watch the latest episode on Fubo TV, iTunes, Directv, or YouTube TV. The new episode will be available to Netflix users outside the USA within 24 hours of its release on The CW. However, the users of the streaming platform in the USA will have to wait till the season concludes on The CW, after which all the episodes of season 5 will release together. You may also catch season 5 on Amazon Prime Video, where one can buy individual episodes for $2.99 or the complete season 5 for $9.99.

In the episode, Archie and the friends will have their work cut out for them, starting with saving Riverdale High. After discovering that Hiram Lodge has cut down the budget for the school, Tony, Archie, Alice, and Kevin might pull out all stops to ensure that it doesn’t close down. Elsewhere, Veronica might be shocked to learn that Chadwick is keeping a tab on her every move.

We can also expect to see Jughead being forced to take up a new job as debt collectors follow him to Riverdale. The fifth episode might also throw light on a certain mystery in town that may have something to do with the possibly tragic fate of one of the significant characters.

The fourth episode of season 5 is titled ‘Chapter Eighty: Purgatorio.’ When Archie comes back to Riverdale, Toni is the first among his old friends he comes across. She and the reformed Serpents are the new owners of Pop’s. Toni is pregnant and is not willing to share the name of the father. But as they talk further, Archie learns about all that has changed in Riverdale since their high school graduation ceremony. Toni is a guidance counselor at Riverdale High, whereas Kevin is a drama teacher. She and Cheryl are no longer together, even though Toni’s family came around to accepting them as a couple.

Cheryl doesn’t think that is enough and is obsessed with the Blossom curse. She is a painter now and spends her time replicating valuable paintings. Betty is an FBI agent who is only being assigned desk jobs ever since her fiasco with the Trash Bag Killer. No matter how hard she tries to convince everyone that she is fine, we learn that she still gets nightmares about the time the Trash Bag Killer kept her captive for two weeks. The name given to the killer comes from the fact that he puts his victims’ cut-up bodies in trash bags.

Jughead is going through a rough time trying to overcome writer’s block. He does not get the job at The New Yorker, his girlfriend leaves him, and he gets an eviction notice from his landlord. As if this wasn’t enough, Jug is also being hounded by debt collectors. As for Veronica, she and Chadwick are celebrating their first marriage anniversary. Soon, we learn that they do not want the same things from their marriage or their future. Ever since both of them were involved in a near-fatal helicopter crash, Chadwick wants to start a family with her, but Veronica is far from ready to do that.

Archie calls the friends not just for Pop’s retirement party but because Riverdale needs to be saved. Hiram Lodge is destroying the whole town to build up SoDale. Things have gotten so bad that most people who could afford to move have left the town for good. Riverdale has become a lawless place, with a very lean police force and no fire station. That’s not all. As the gang is back together, the episode hints at a new mystery killer in town.