What to Expect From Star Trek: Lower Decks Season 2 Episode 2? 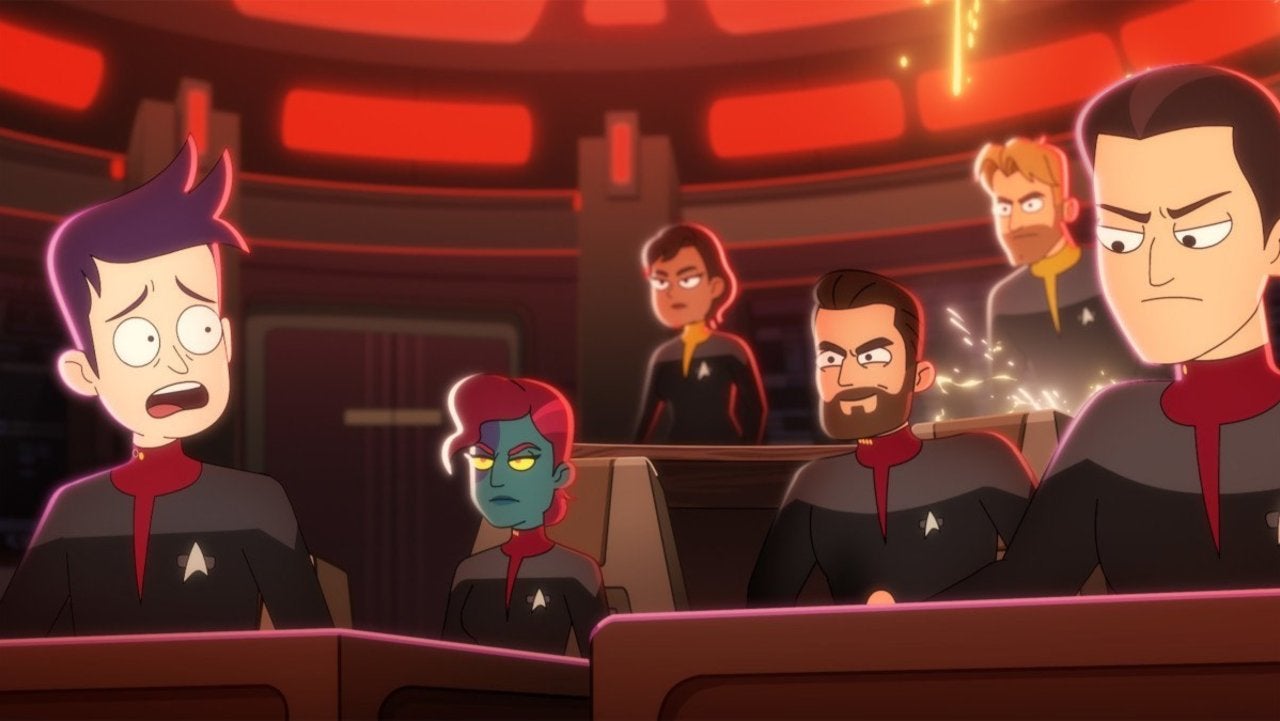 In the premiere episode of ‘Star Trek: Lower Decks’ season 2, Mariner, Tendi, Rutherford, and Boimler find themselves in situations they have never been in before. Tendi notices some changes in Rutherford, which she finds quite unsettling, and Mariner feels abandoned by Boimler. You can read more about that in our recap section. But first, let us share with you all the things you need to know about the second episode of season 2!

‘Star Trek: Lower Decks’ season 2 episode 2 is scheduled to release on August 19, 2021, at 3 am ET on Paramount+. The second season comprises ten episodes that run for about 25 minutes each. With new episodes releasing on a weekly basis every Thursday, the season will wrap up on October 14, 2021.

The second episode will be available only on Paramount+ at the date and time specified above. So, you will need a subscription to the streaming platform. There aren’t many viewing options, but if you have subscribed to Amazon Prime Video, you can access Paramount+ through the streaming service.

In the upcoming episode called ‘Kayshon, His Eyes Open,’ the characters will be on a new standalone mission while continuing to deal with their ever-changing dynamics. Captain Freeman and Mariner seem to have fallen back to their old pattern, whereas Tendi is struggling to accept the seemingly new version of Rutherford. We will know how things shape up for each of them, especially Boimler, who is now under William Riker’s command at USS Titan.

The first episode of the season is called ‘Strange Energies.’ In this episode, we learn that Mariner is angry with Boimler for accepting the promotion to USS Titan, especially since he leaves without saying goodbye. The latter’s absence plays a significant role in the first half of this episode.

Meanwhile, Mariner’s relationship with her mother, Captain Freeman, seems to be getting smoother, although it does not take long before the two start butting heads once again. This time it is Mariner’s annoyingly entitled behavior that causes friction, not just with her mother but the entire crew, including Ransom. USS Cerritos lands on a new planet for a cleanup mission, where Ransom accidentally gets hit by strange energies. This transforms him into a space god-like being, which does not sit well with Mariner, who likes to be in control. Eventually, Ransom returns to his usual self and recovers before they all leave the planet.

Tendi and Rutherford also experience unexpected changes in their dynamics. After Rutherford’s cybernetic implants are removed and reattached (in the season 1 finale), Tendi becomes highly aware of the fact that her friend is no longer who he used to be. Now, he likes the things he did not like earlier, such as pears and Ensign Barnes. Tendi is determined to solve the issue as she believes that he might be suffering from a memory degradation illness that only affects cyborgs. At the end of the episode, it is revealed that Boimler is not exactly having the time of his life and is struggling to adjust to his new life at USS Titan.