What to Expect From The Expanse Season 5 Episode 7? 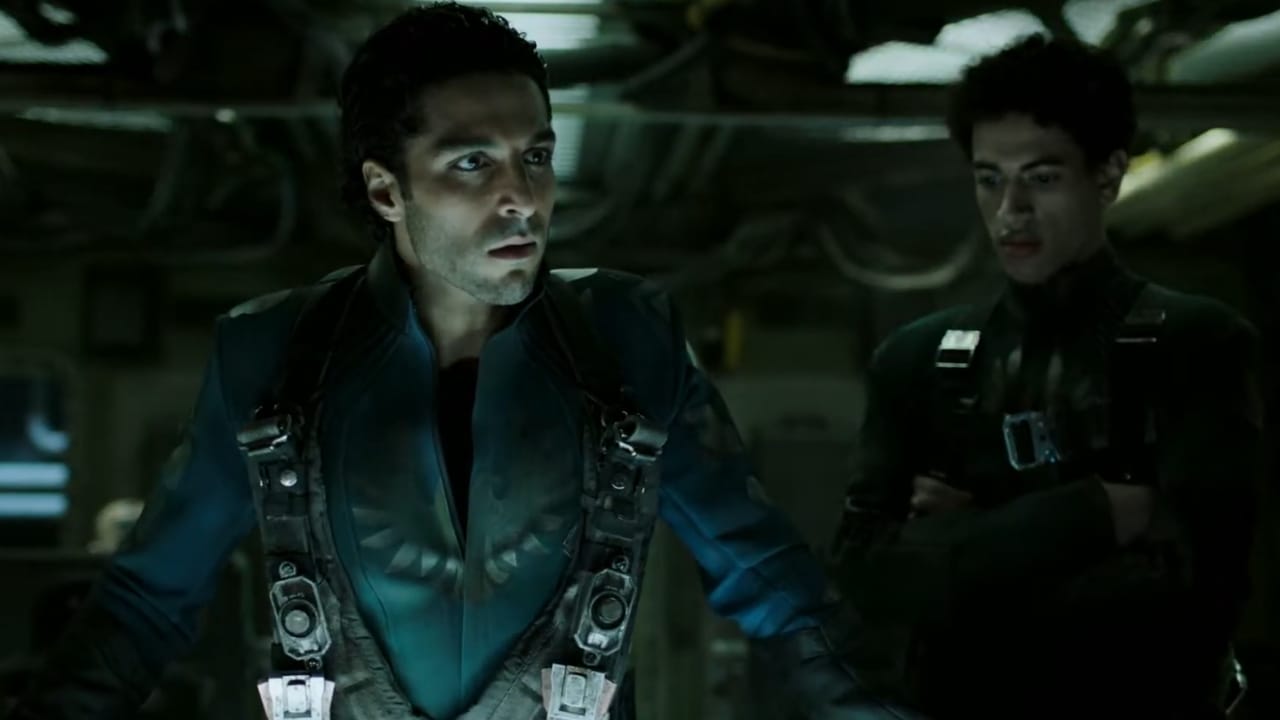 The sixth episode of season 5 introduces David Paster as the new acting Secretary-General of the United Nations, who offers Avasarala to be a part of his provisional cabinet. Drummer and her crew agree to meet with Inaros. While on Earth, Amos and Mao take on a journey and try to remain incognito. The recap at the end will get you up to date with the seventh season. In case you’re looking forward to episode 7 of ‘The Expanse’ season 5, here’s everything you need to know!

Where Can you Watch The Expanse Season 5 Episode 7?

You can watch ‘The Expanse’ season 5 episode 7 on Amazon Prime Video.

The upcoming episode is titled ‘Oyedeng.’

We may see Amos trying to get back to his crew at the Roci, which will not be easy, especially now that Mao is with him. Marco hears a part of the conversation between Filip and Naomi, a particular detail of which does not go well with him. He is considering making a move, but what he does will be revealed in episode 7. How stable is the alliance between Drummer and Inaros? This will become clearer in the upcoming episode. It can also throw light on whether Holden’s plan for the Zmeya will work out.

The episode, titled ‘Tribes,’ addresses the aftermath of the asteroids crashing into Earth as Avasarala tries to locate Arjun, who was still on Earth when the asteroids hit, especially since she has not heard from him. David Paster expresses gratitude to her for saving Earth from further damage. He offers Avasarala to be a part of the provisional cabinet, which she accepts. On Earth, Amos and Mao realize that they cannot go on about their lives normally, mainly because it is a risk to Mao, who will probably get shot if found.

Meanwhile, Amos believes that going to Baltimore is their best bet. They find themselves doing whatever they can to survive the odds, even if it means killing someone to get shelter, food, and a chance of survival. These experiences make Amos’ resolve stronger that he needs to get back to his crew, while Mao struggles to get back in form. Filip and Cyn clearly express their disapproval when Marco suggests that they “space” Naomi. Marco is well aware of the fact that Naomi had tried to kill him.

As for Drummer’s team, the meeting with Inaros makes them realize that they hardly have any choice other than joining the Free Navy since they are anyway going to be under threat from the Earthers. They acknowledge that Marco is doing what no leader in the past has been able to do, and that is to unite all the factions of the Belt. In another part of the solar system, Bobbie and Alex manage to survive the emergency core dump and blow up an enemy ship. Monica insists on going along with Holden and his team on the military operation to catch the Zmeya.

Read More: Where is The Expanse Filmed?