What to Expect From The Handmaid’s Tale Season 4 Episode 9? 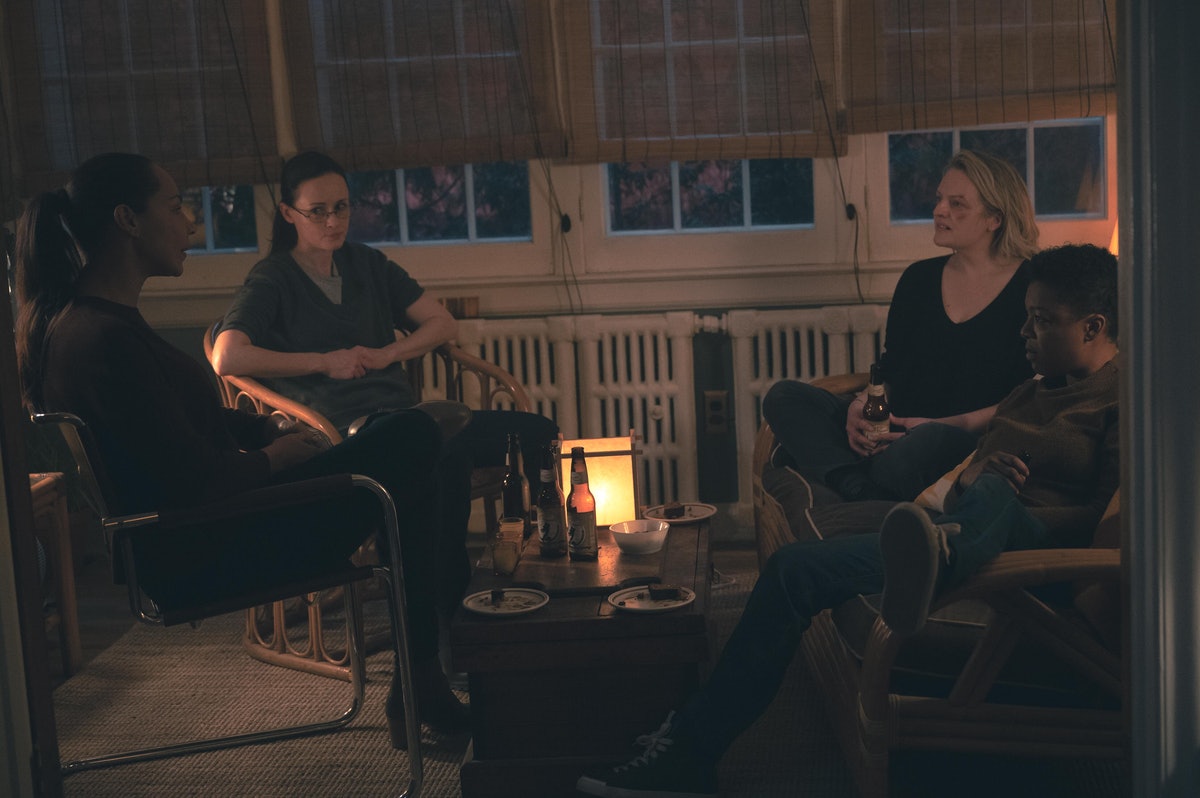 In the recent episode of ‘The Handmaid’s Tale’ season 4, June is ready to lash back at those who have wronged her. June’s way of thinking also influences the women at the support group to want more than just healing; she wants them to be enraged. Emily is compelled to face someone from her past, and Luke realizes that the distance between him and June seems to be constantly growing. You can refresh your memory by reading the recap section. Since you are here for updates on the ninth episode, here is all the information you need!

‘The Handmaid’s Tale’ season 4 episode 9 is scheduled to release on June 9, 2021, at 12 am ET on Hulu. The season has ten episodes, making the upcoming episode the penultimate one of the fourth chapter. Season 4 will come to a close on June 16, 2021.

Where to Watch The Handmaid’s Tale Season 4 Episode 9?

The ninth episode of season 4 will land on Hulu at the time and date mentioned above. You can also watch the current season on Apple TV. For those of you who want to catch up on the first three seasons, you have a few options. You can also purchase single episodes or entire seasons on iTunes, Vudu, YouTube, and Amazon Prime Video.

In the episode titled ‘Progress,’ we will learn what lies ahead for Fred, Serena, and their son. Will their child become the property of the state? Now that it is known that Serena can bear children, she will fear becoming a Handmaid. June and Nick will also come face to face once again, and we will know what it could mean for June’s relationship with Luke. As we know, things are not exactly smooth between June and Luke, but the former Handmaid is pulling all the strings to get Hannah back. In Gilead, Janine’s life seems to be in danger, and we will learn what happens to her now that she is back in Aunt Lydia’s clutches. Here is a promo for the upcoming episode.

The eighth episode is called ‘Testimony.’ As June gradually settles into life after Gilead, it is clear that she has not left the trauma behind. Instead, she uses that to fuel her rage and thirst for revenge. June testifies against the Waterfords in court and details her harrowing and painful experience of being a Handmaid in Gilead. She is further infuriated by Fred’s remarks in court and when his lawyer brings up her affair with Luke before she became a Handmaid. Much to the surprise of the Waterfords, some people in Canada support them.

In the Handmaid’s support group, it becomes clear that June’s vision for the group is different from that of Moira’s. While Moira tries to focus on healing and moving on from the trauma, June takes things in a vengeful direction. This becomes crystal clear when Emily flips her switch after former Aunt Irene comes to seek forgiveness. If Emily chose to do things differently, Irene could have been a solid witness against the ongoings in Gilead. Unfortunately, it is too late before Emily realizes this since Irene hangs herself.

Luke is struggling to connect with June, who has shut herself off from him. As much as he would like to help her and be there for her, she keeps pushing him away. He even attends the court hearing against June’s wishes, which gives him a glimpse of what she went through in Gilead. He is worried about the person June is becoming, and rightly so. By the end of the episode, June is willing to talk to him about the last time she saw Hannah.

In Gilead, Aunt Lydia is beside herself and unleashes her anger on other people, including another Aunt. When she goes to talk to Lawrence, she learns that Janine has been found, but June is free. The Commander lets the Aunt know that she could use Janine as an outlet for her anger. When Janine finally arrives there, Lydia begins to torture her psychologically. Janine even admits that she would rather die than become a Handmaid again.

Read More: Where is The Handmaid’s Tale Season 4 Filmed?