WandaVision Episode 1: What to Expect? 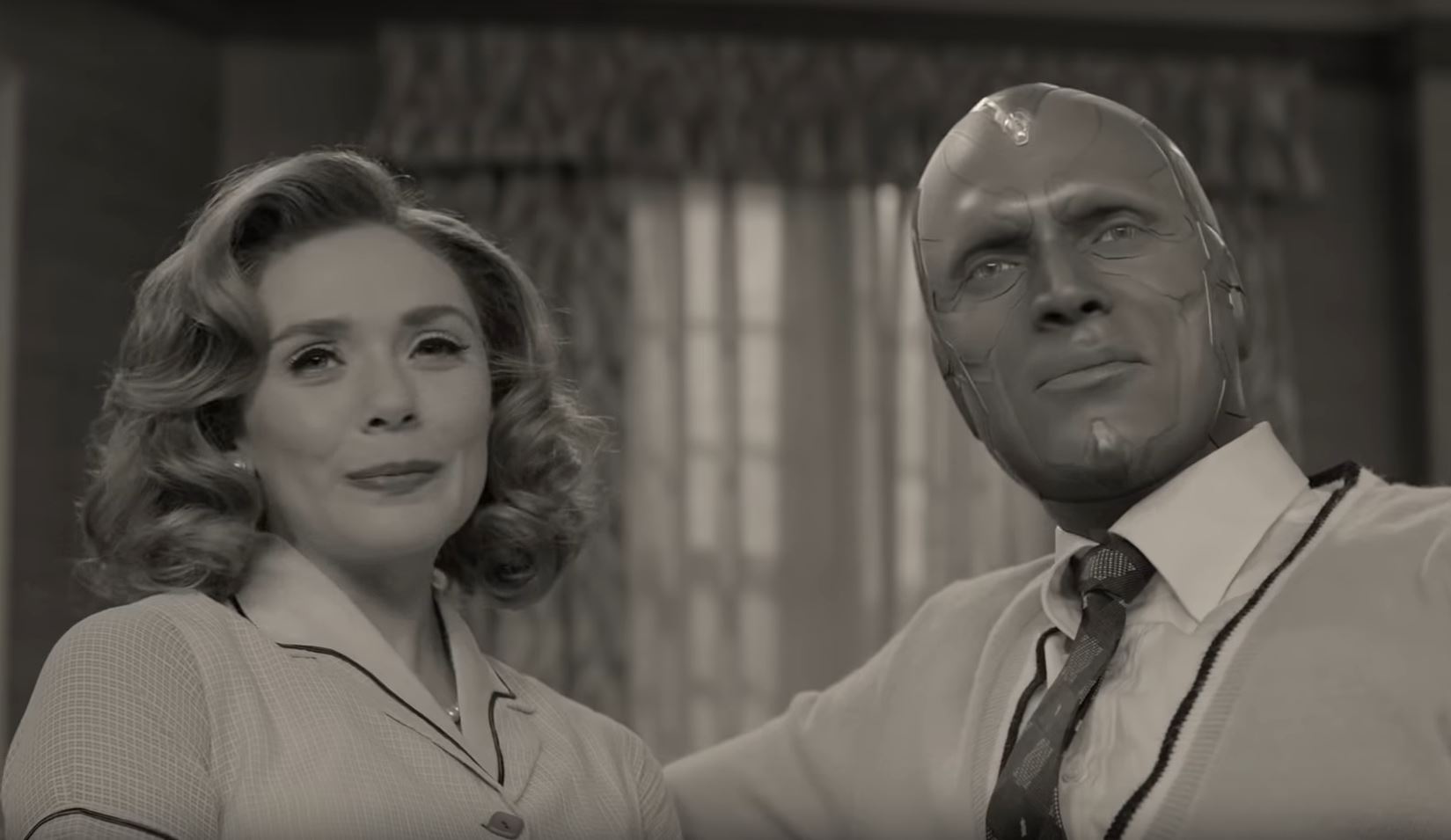 ‘WandaVision’ is nothing like any other production by Marvel Studios as it blends classic television with the Marvel Cinematic Universe. Picking up after the events of ‘Avengers: Endgame,’ the show follows Wanda Maximoff and Vision as they get to live a much anticipated idyllic life as a couple in Westview. They spend their time getting to know their neighbors, making new friends, and trying to fit in until they start realizing that things are not as perfect as they seem.

Created by Jac Schaeffer, the series has garnered praise for its out-of-the-box approach. It features Elizabeth Olsen (Wanda), Paul Bettany (Vision), Kathryn Hahn (Agnes), Teyonah Parris (Monica Rambeau), Kat Dennings (Darcy Lewis), and Randall Park (Jimmy Woo). We know that the fans must be wondering how all these characters fit into the mix. So, let us give you a glimpse of what you can expect from the first-ever episode of ‘WandaVision.’

‘WandaVision’ episode 1 will release on January 15, 2021, at 3 am ET on Disney+. The show will premiere with the first two episodes followed by the remaining seven episodes that will roll out weekly until March 5, 2021, to complete the nine-episode run.

Where to Watch WandaVision Season 1 Episode 1?

You can watch ‘WandaVision’ season 1 episode 1 on Disney+.

‘WandaVision’ is bringing a never-seen-before aspect of the Marvel Cinematic Universe as Wanda and Vision live the life of their dreams, much like the fans of the “unusual” couple have waited to see. Throughout their encounters in the MCU timeline, both these characters have often been on the periphery of the main events and try to steal some time to spend with each other. The show is set after the events of ‘Avengers: Endgame,’ and as we know, Vision is killed (twice) when the Mind Stone is ripped out of his head.

The couple seems to be living in an alternate reality that is fashioned after famous sitcoms of different decades since the 1950s. Those of you familiar with the ‘House of M’ series of Marvel Comics may already get a whiff of where this could be headed. But let us keep in mind that Wanda is an incredibly powerful witch with reality-bending powers who is extremely broken after Vision’s death. Therefore, the first two episodes will jump back and forth in time as the couple’s reality and circumstances constantly change.

In one part of their existence, they lead a domestic life with two children and a seemingly regular social life, while there is darkness looming in another plane of existence. According to Marvel Comics, we know that Wanda’s two sons grow up to be Young Avengers. Therefore, it is worth reflecting on who the children are in Wanda and Vision’s arms and if the kids exist outside of this alternate reality. We also see Monica Rambeau from ‘Captain Marvel,’ all grown up as she knocks at Wanda’s door, setting off some disturbance in the reality that Wanda is living in.

Whereas, Dr. Darcy Lewis (yes, she is an expert in her field now) from ‘Thor’ and ‘Thor: The Dark World,’ teams up with the FBI Agent Jimmy Woo from ‘Ant-Man and the Wasp’ to solve a mystery. In her new reality, Wanda also has a “nosy neighbor,” Agnes, who helps her get around the social milieu of Westview. However, there is another twist to Agnes’ character, where she encounters Vision in his true form, while Vision seems confused by what she says.

Hahn teased the fans about the nature of her character when she drew parallels between Agnes and other characters in sitcoms where you “never get to know anything about” certain characters even though they are always in the scenes. This implies that there is more to Agnes than we see. However, as Paul Bettany put it, each episode will peel back the layers, and then all of it “will make sense.” Here is a trailer to amp up your enthusiasm!