What We Do in the Shadows Season 3 Episode 4: What to Expect? 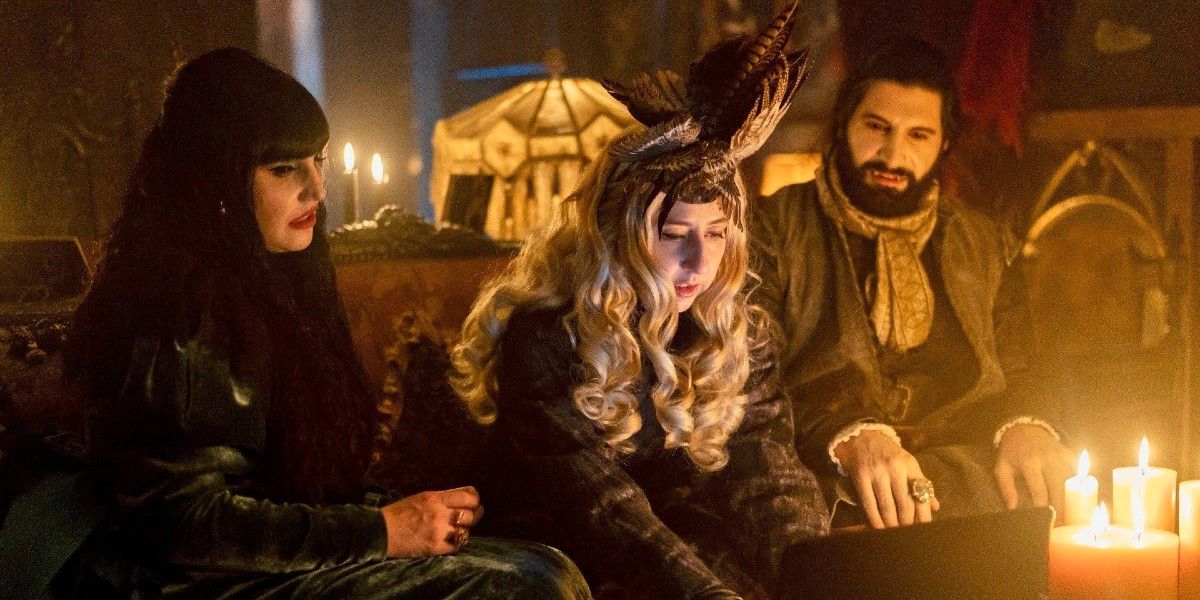 In the third episode of season 3, Nandor’s obsession with Gail has Nadja overwhelmed with concern. She is aware of the disappointment he is preparing himself for. On top of that, Nadja unravels a secret about Gail that could convince Nandor to give up on her. For a comprehensive rundown on the latest episode, go through the recap section. Now, here’s what ‘What We Do in the Shadows’ season 3 episode 4 might have in store!

‘What We Do in the Shadows’ season 3 episode 4 will premiere on September 16, 2021, at 10 pm ET on FX. New episodes drop on the network every week on Thursdays. The third season consists of 10 episodes in all, with the cycle scheduled to wrap up on October 28, 2021.

Where to Watch What We Do in the Shadows Season 3 Episode 4 Online?

Cable users can watch ‘What We Do in the Shadows’ season 3 episode 4 when it airs on FX at the date and time specified above. In case you miss the television broadcast, you can watch the new episodes online on FX’s official website or the FX Now app. On the other hand, you can opt for live TV streaming services such as Fubo TV, Philo TV, Xfinity, Sling TV, YouTube TV, DirecTV, and Hulu+Live TV. Furthermore, the episodes will be available on Hulu the following day after their television broadcast.

What We Do in the Shadows Season 3 Episode 4 Spoilers

In the fourth episode, titled ‘The Casino,’ the vampires might have an alarming encounter with Nandor’s love interest Gail. Their road trip might lead them to a path they might never be able to escape. Therefore, the upcoming episode is most likely set to befall new misadventures in the path of these quirky bunch of vampires.

What We Do in the Shadows Season 3 Episode 3 Recap

In the third episode of ‘What We Do in the Shadows’ season 3, titled ‘Gail,’ Nandor is disheartened after being rejected by his crush. He then begins to avoid his responsibilities at the Council, and even Guillermo is unaware of Nandor’s whereabouts. Later, he is discovered with a new girl, Gail, who appears to be his rebound. He has been on an emotional rollercoaster ever since. Nadja, however, does not approve because she does not want Gail to hurt Nandor, who is planning to propose to Gail.

Nadja accidentally spots Gail transform into a werewolf, and despite realizing the consequences it might bring, Nandor is unbothered. In fact, he claims to have always known the truth. To prove that not all werewolves are bad, he takes Nadja and the others to the park, where they see Gail making out with Anton. They all decide to close the situation with a game of kickball which ends when Gail accidentally dies due to a severe kickball blow to the head. Nandor jolts up and immediately bites her as she converts into a vampire.

After Gail awakens, Nandor proposes to her. Unfortunately for him, Gail has zero interest in settling down and starting a family. Meanwhile, Colin Robinson takes Laszlo’s help to solve the mystery relating to the origin of energy vampires. In the process, they end up finding Laszlo’s impounded old car. In the end, Nandor tags along on a road trip with his friend as Guillermo sees Gail in the rearview mirror.