What We Do in the Shadows Season 3: Everything We Know 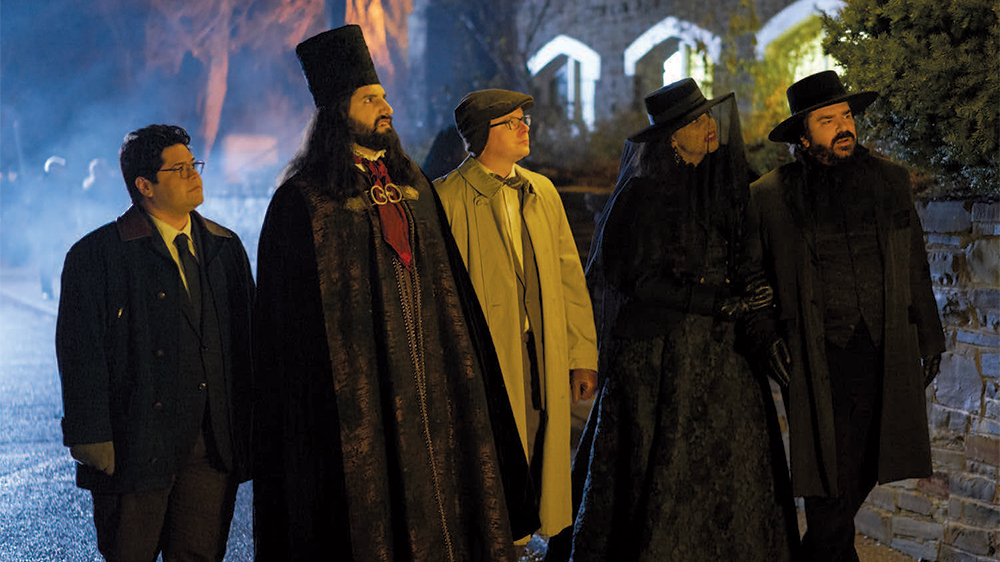 ‘What We Do in the Shadows’ is a mockumentary horror-comedy television series created by Jemaine Clement based on the 2014 film of the same name directed by Clement and Taika Waititi. It first premiered on March 27, 2019, on FX and has received rave reviews for its savvy sense of humor. The series revolves around a group of ancient vampires and their supernatural friends interacting with the modern world and integrating themselves into the culture.

The ridiculously witty series ends its second season with a game-changing reveal that has certainly left fans fervently waiting for the show’s return to provide more answers. If you are among those looking for details about the next season, you’re at the right place. Here’s everything we know about ‘What We Do in the Shadows’ season 3.

What We Do in the Shadows Season 3 Release Date

Nick Grad, FX’s President of original programming, officially announced the show’s renewal for a third season on May 22, 2020. “We’re incredibly happy that critics and audiences are all in on Shadows,” Nick Grad, President, Original Programming, FX Entertainment said. “Week in and week out, the producers, writers and our amazing cast continue to make one of the funniest and best comedy series on TV.”

As far as season 3 is concerned, a release date hasn’t been announced yet. The previous two seasons were filmed from October to December. However, production of the third season was affected by the impact of the COVID-19 pandemic. Therefore, the filming was delayed to February 2021 and is expected to wrap up in early May 2021. Harvey Guillén, who plays Guillermo in the show, took to Instagram to announce the commencement of filming for the upcoming season.

There’s usually a gap of 3-4 months between the conclusion of filming and the premiere of preceding seasons. Taking that and other facts into consideration, we expect ‘What We Do in the Shadows’ season 3 to hit our screens sometime at the end of Summer 2021.

What We Do in the Shadows Season 3 Cast: Who is in it?

‘What We Do in the Shadows’ is known for shocking viewers with a few surprising deaths, but our favorite Staten Island vampires remain unscathed. Therefore, season 3 will see the return of Kayvan Novak as Nandor, Matt Berry as Laszlo, Natasia Demetriou as Nadja, and Mark Proksch as Colin Robinson. Harvey Guillén is also set to reprise his character Guillermo, Nandor’s longstanding familiar.

Season 1 & 2 feature some exciting guest appearances, and we expect the third season to continue the tradition. Should the creators decide to put more focus on the Vampire Council, Taika Waititi, Jonathan Brugh, Jemaine Clement, Tilda Swinton, Evan Rachel Wood, Danny Trejo, Paul Reubens, and Wesley Snipes could reprise their roles as members of the council.

What We Do in the Shadows Season 3 Plot: What can it be About?

‘What We Do in the Shadows’ season 2 closes out with the groundbreaking reveal of Guillermo’s real identity as a descendant of the legendary vampire hunter Abraham Van Helsing. He is also revealed to be pretty adept at killing vampires and has begun to question his desire to become a vampire. The vampires also continue getting drawn into conflict with the Vampire Council in season 2.

In season 3, it will be interesting to see how the vampires react to Guillermo’s heritage and whether it brings a significant change in the status-quo, finally earning Guillermo the respect of the vampires. There is also a slim chance that the vampires may turn their backs on him, ultimately shifting Guillermo from Team Vampire to Team Hunters. Season 3 will most definitely look to resolve this cliff-hanger. Still, given the show’s sometimes wacky sense of humor, we can totally imagine the creator pulling a fast-one over viewers by completely refraining from addressing the issue.

The upcoming season could see the Staten Island residents try to resolve the grudges with the council, something they have shown total disregard for in the past. Additionally, season 3 could bring us more magical creatures as past seasons have already seen the group interact with zombies, werewolves, and ghosts. We can be sure that season 3 will continue expanding the show’s world and elaborate on the vampires’ exceptionally long pasts.