What We Do in the Shadows Season 4: Renewed or Cancelled? 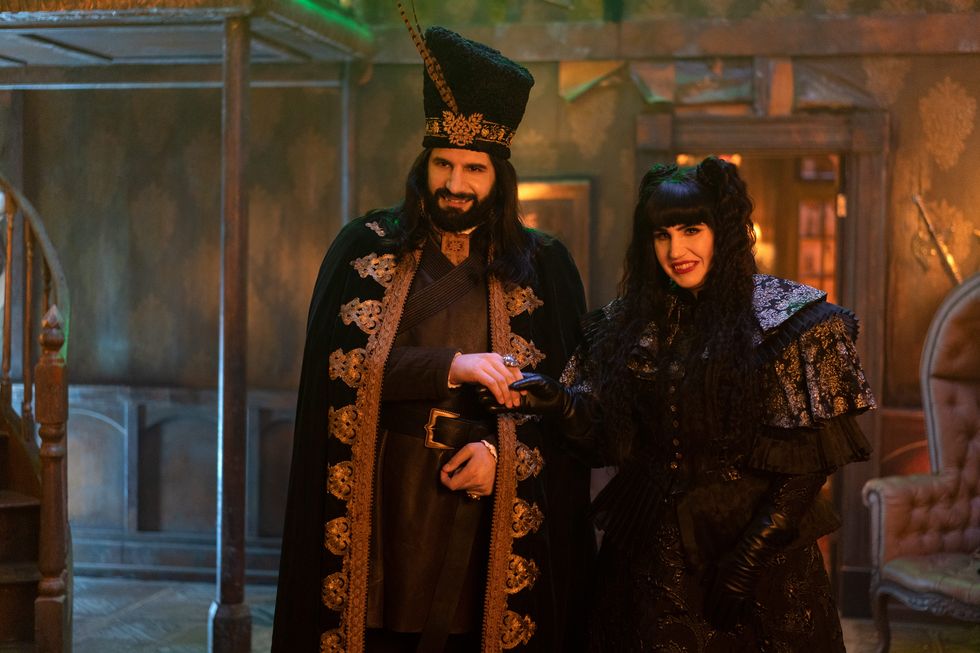 Created by Jemaine Clement, ‘What We Do in the Shadows’ is a wildly entertaining mockumentary that follows a group of ancient vampires as they try to blend into modern society. Based on the 2014 film of the same name, this horror-comedy show revolves around comical interactions between supernatural beings and humans in the city of New York. The Emmy-nominated series originally premiered on March 27, 2019.

The show has received rave reviews for its interesting format, wacky characters, fantastic costumes, and wonderfully weird dark comedy. Thus, it’s no surprise that fans wish to see more of the eccentric bloodsuckers they have come to love over the course of three seasons. Season 3 ends on a mild cliffhanger pertaining to the fates of our beloved vampires. So, what’s up with the show’s fourth installment? Here’s everything you need to know!

What We Do in the Shadows Season 4 Release Date

‘What We Do in the Shadows’ season 3 premiered on September 2, 2021, on FX, with the season concluding its run on October 28, 2021. The third season comprises ten episodes with a runtime of approximately 30 minutes each.

You must be thirsty for news of season 4. Well, we’ve got information that’ll satisfy you! On August 13, 2021, FX announced that the series will return with a fourth installment. We’re not surprised that the show got an early renewal because it does have stellar ratings and a massive fanbase. Filming for season 4 commenced in late September 2021. To estimate when the upcoming season will land, we can take a look at the show’s release pattern.

Seasons 1 and 2 of the mockumentary aired in spring, whilst season 3 aired in fall due to pandemic-related delays. Keeping in mind the above-mentioned information and the time required for filming and post-production, we can safely assume that the show’s fourth installment will not arrive before Spring 2022. So, fans can get ready for ‘What We Do in the Shadows’ season 4 to release sometime in Q2 2022. The fourth installment is expected to stick to the show’s trend of having ten episodes per season.

What We Do in the Shadows Season 4 Cast: Who is in it?

Most of the main cast will be reprising their roles in the fourth season. This means we will see Kayvan Novak (Nandor the Relentless), Natasia Demetriou (Nadja), Matt Berry (Laszlo Cravensworth), Mark Proksch (Colin Robinson), and Harvey Guillén (Guillermo de la Cruz).

We also expect the return of Anthony Atamanuik, Myrna Cabello, and Cree Summer to portray Sean, Silvia, and Jan, respectively. We’re likely to see more celebrity cameos as well. Perhaps Tilda Swinton, Mark Hamill, Evan Rachel Wood, Danny Trejo, Craig Robinson, and Nick Kroll, amongst others, will be a part of season 4 since they have appeared in previous editions of the show. We might also see several new faces.

What We Do in the Shadows Season 4 Plot: What can it be About?

Season 3 sees Guillermo emerge as a powerful vampire slayer, forcing the other vampires to discuss his fate. Nandor and the others are made heads of the local Vampiric Council. Jan and her followers brainwash Nandor. On the other hand, Colin dies on his 100th birthday but is later reborn as a baby. Tired of his depression and his friends’ toxic behavior, Nandor decides to leave Staten Island and travel around the world.

Season 4 is likely to follow Nandor’s travels as he tackles life on his own. We will also see how Laszlo, Nadja, Colin, and Guillermo will manage without him. Additionally, we expect the upcoming season to track Colin’s growth from a baby to an adult vampire. Guillermo and Nadja’s adventures in England might be an important element of the storyline. The fourth installment will also focus on Guillermo’s family.

Reportedly, contemporary events are going to be incorporated into the much-anticipated fourth season. As revealed by showrunner Paul Simms at the New York Comic Con 2021, this will particularly include the Suez canal blockage. Season 4 is certainly set to be more ambitious and wacky than any of the previous seasons. We can’t wait to see what’s in store!

Read More: Where is What We Do in the Shadows Filmed?