When Does What We Do In The Shadows S02 Come Out? 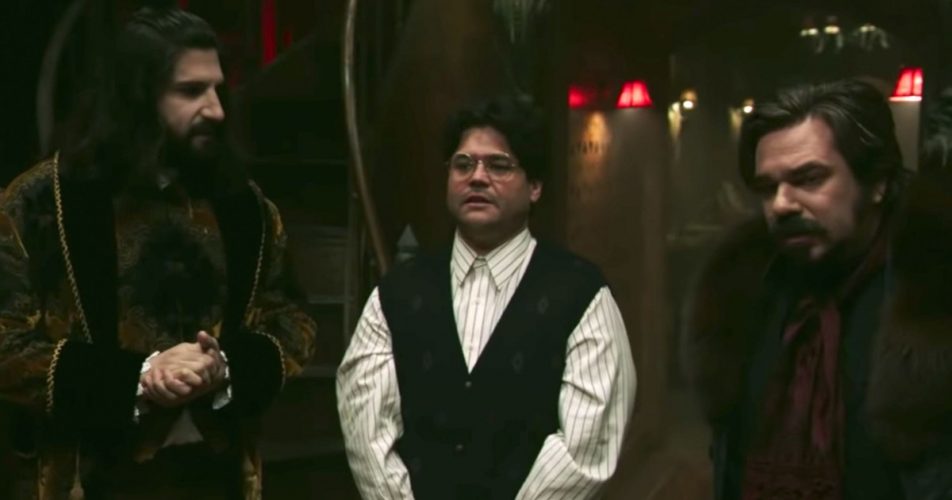 ‘What We Do In The Shadows’ is a comedy horror series that airs on FX Networks. It is based on the film of the same name, featuring writers and co-stars Jemaine Clement and Taika Waititi. It follows three vampires, Nandor (Kayvan Novak), Lazslo (Matt Berry), and Nadja (Natasia Demetriou), who have been roommates for hundreds and hundreds of years.

The show first premiered on March 27, 2019. Here’s everything we know about its upcoming season, i.e ‘What We Do In The Shadows’ season 2.

What We Do In The Shadows Season 2 Release Date: When Will It Premiere?

As far as the next season goes, we have good news for the fans. On May 7, 2019, FX announced that the show had been recommissioned for another season. Considering the uniqueness of the show, we would have been surprised if it hadn’t got renewed.

“Jemaine Clement, Taika Waititi and Paul Simms have more than delivered on the high expectations of ‘Shadows’ fans by adapting the cult classic for television and building a passionate base of new and returning fans,” said Nick Grad, president of original programming at FX. “We also want to thank the rest of the creative team, including Scott Rudin, Garrett Basch and Eli Bush, and the incredible cast and crew for delivering such a fun and original series, and we look forward to working with them all on season two.”

Currently, we also have a release date. ‘What We Do In The Shadows’ season 2 will premiere on April 15, 2020, at 10 pm ET/PT, with two back-to-back episodes. New episodes will also stream on Hulu the next day, following their FX premiere.

What We Do In The Shadows Season 2 Cast: Who Will Be In It?

‘What We Do In The Shadows’ features a lead cast, comprising Kayvan Novak as Nandor, Matt Berry as Laszlo, Natasia Demetriou as Nadja, Harvey Guillen as Guillermo, and Mark Proksch as Colin Robinson.

British actor and comedian Kaycan Novak is best known for the comedy series ‘Fonejacker’, for which he was awarded the BAFTA Television Award in 2008. He also featured as Waj in the 2010 comedy flick ‘Four Lions’.

Matt Berry, an English actor, writer, and musician, is recognized for portraying the character of Steven Toast in ‘Toast of London’. Also a BAFTA winner, he has additionally appeared in ‘The IT Crowd’, ‘Garth Marenghi’s Darkplace’, ‘The Mighty Boosh’, ‘Snuff Box’, ‘The Wrong Door’, and ‘House of Fools’.

Natasia Demetriou is a British stand-up comedian, actress, and screenwriter, while Mark Edward Proksch is an American comedian, actor, and writer, mainly known for his performances in ‘The Office’ and ‘Better Call Saul’. Other actors who appear in recurring roles are Doug Jones, Beanie Feldstein, and Jake McDorman.

In season 2, the entire lead cast will return to reprise their original roles. Guest stars for the new season will include Mark Hamill and Haley Joel Osment.

What We Do In The Shadows Season 2 Plot: What Can It Be About?

The plot of ‘What We Do In the Shadows’ is based on its parent movie’s storyline, which revolves around a group of vampires, residing together in Wellington. In this mockumentary flick, a  documentary team wearing crucifixes tries to record the activities of the four vampire roommates, namely Viago, Vladislav, Deacon, and Petyr.

Their day-to-day activities involve scouring the city’s streets at night to search for victims and avoid sunlight during the daytime. This routine and avoidance of the modern world lead them to gradually turn technologically handicapped. What follows is a roller-coaster ride of events, new member recruits, introduction to other supernatural beings, and some sad deaths.

The movie, after its release, received wide critical acclaim. It soon progressed to become a cult hit, owing to its unique, witty, and weird concept. The FX series follows a similar concept, centered around three vampires, Nandor (Kayvan), Laszlo (Berry), and Nadja (Demetriou) — who live together in a house in Staten Island.

They had been sent by their higher lords to embark on a New World domination quest in America, almost 200 years ago. However, they soon become involved in mundane day-to-day activities and forget their actual purpose. Since Nandor is a former warrior and ruler of the Ottoman Empire, he acts as the leader of this centuries-old trio. Laszlo and Nadja are quarreling lovers, who somehow tolerate Nandor’s leadership.

Shut away from the modern world, this team of blood-hungry vampires is comfortably settled in their flat and struggles through the ups and downs of regular life in this comic horror series. But then, their ancient vampire overlord, Baron Afanase, comes to check their progress. Now, in order to restart their mission, they are forced to reengage with the modern world.

We are already used to the sexy, glamorous mysticism of the vampire world, shown in popular movies such as ‘Twilight’ and ‘Underworld’. But ‘What We Do In The Shadows’ focuses on the dull practicalities of a vampire’s life. After all, vampires also have to keep tabs on their food (caged victims in this case) and need to keep track of their feeding habits.

Season 1 ends with Guillermo discovering that he is a descendant of Van Helsing. And it seems, he is destined to slay vampires. So how does he deal with this new bit of information? We expect season 2 to shed further light on Guillermo’s dilemma.

What We Do In The Shadows Trailer:

You can check out the season 2 trailer below: