Who is Whatchamacallit on The Masked Singer? 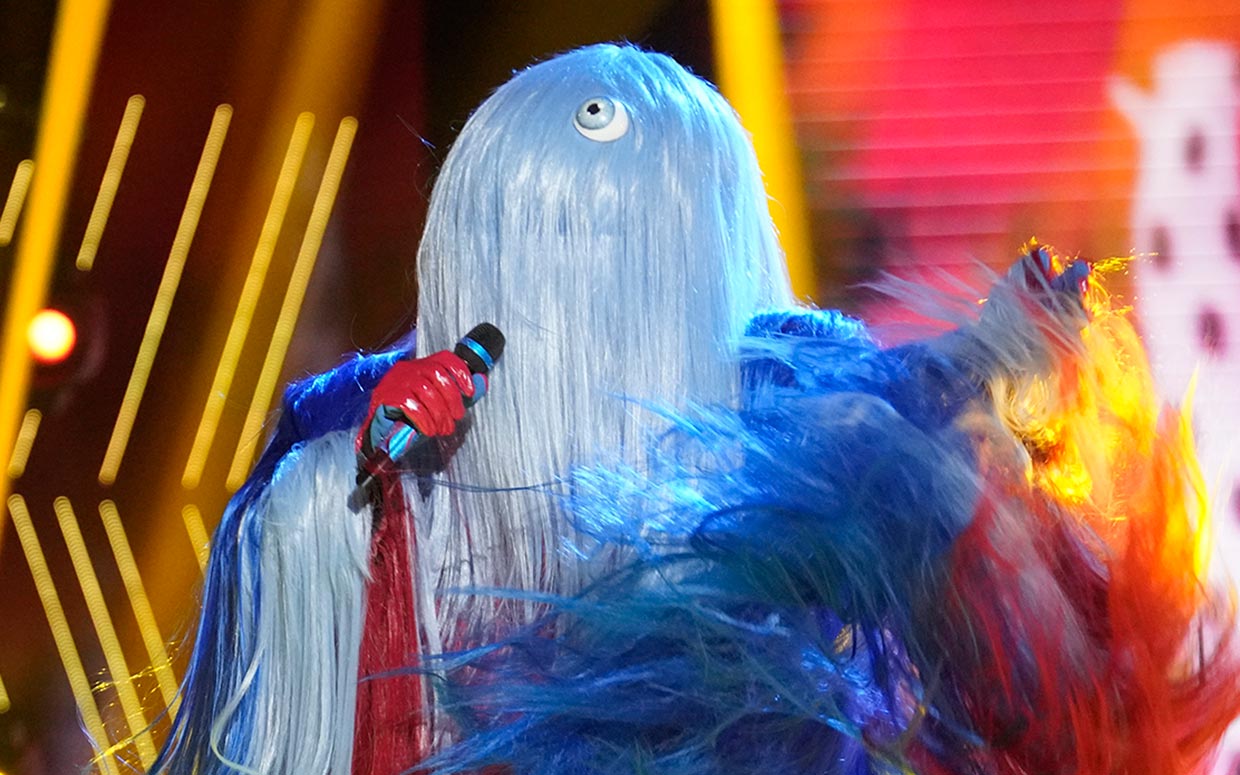 One of the zaniest characters in the history of ‘The Masked Singer’ is Whatchamacallit. The blue, white, and red outfit is one that you won’t be forgetting anytime soon, and that performance to ‘I Wish’ by Skee-Lo really stood out. We just couldn’t help ourselves from guessing who the person behind the mask is, and if you also want to know what the clues meant, then you’re at the right place!

Ever so groovy, Whatchamacallit’s clue package is actually quite vivid and colorful in imagery. Immediately, we see the character shoot out of a lake, accompanied by a rainbow. There is also jello and whipped cream in the clip. Whatchamacallit describes himself as someone who can appear shy, mainly because he lets other people take the spotlight away from him.

Shifting to a more celestial theme, Whatchamacallit then states that he can shine alone and even “dance with the stars.” Surfing, candy bars, and bees are also visual motifs used in the clip. Following this, he is seen in a jungle, surfing on keys. Finally, a very idiosyncratic clock is also seen.

The clue package for Whatchamacallit has been one of the hardest ones to dissect. So much is going on in it, and while we initially felt that this might work to our advantage, we must admit that we were a bit stunned. Shoutout to the creators who are making us work so hard for the identities! It turns out that the most popular theory is that Neil Patrick Harris is the man behind the mask. However, we don’t think this is the case, and here’s why.

One thing that Whatchamacallit said about himself is that he is “magical and mythical,” and it would make sense to tie NPH to the costume owing to his penchant for magic. The rainbow could also be a nod to his sexual orientation. However, not much else really corroborates with the speculation. Plus, it seems to be the case that he has also not appeared on ‘Dancing With The Stars.’ 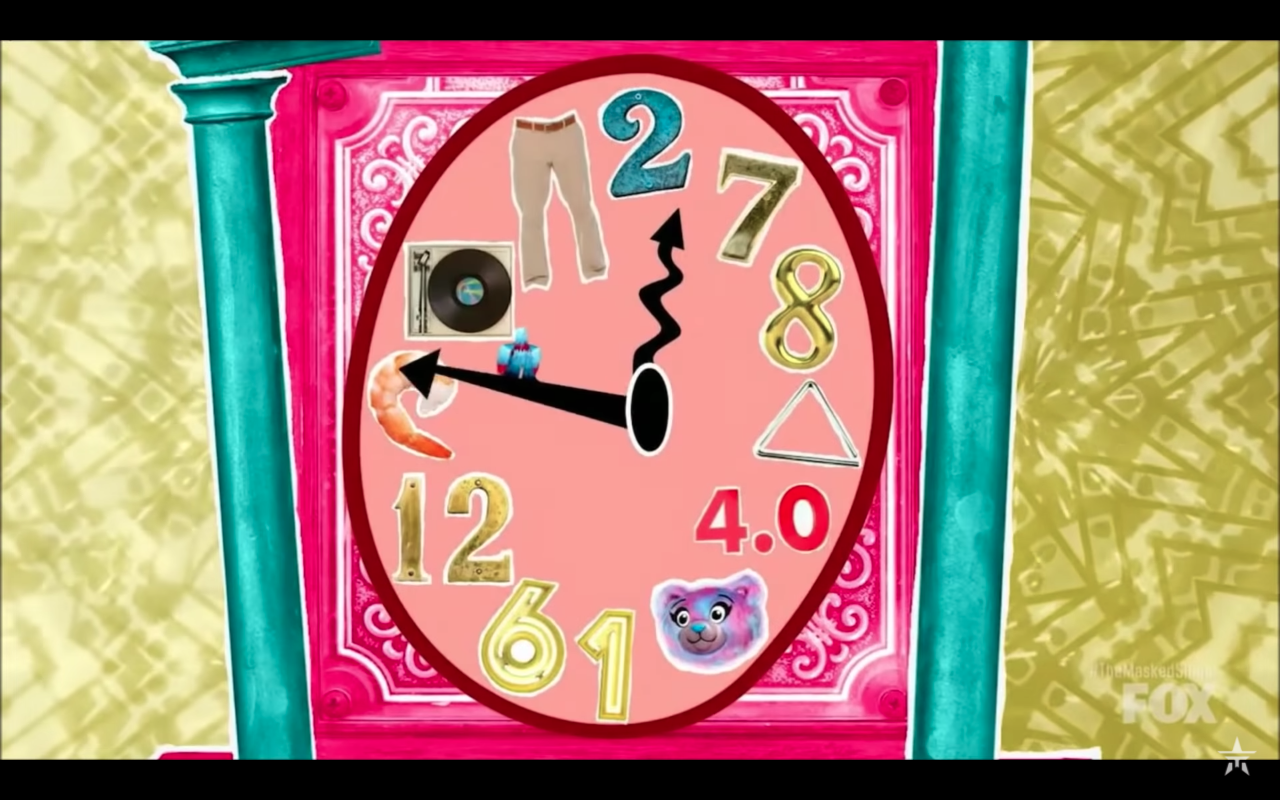 So we turned our attention to Wiz Khalifa. The most significant part of the clue package, in our opinion, is the clock. There are multiple numbers and images on it that helped us crack the code. First of all, “4.0” is seen, and according to 4.0 Entertainment’s website (in the Artist Management section), DJ Scholar has worked with the rapper. Next, we see a shrimp as well. This could be pointing to Wiz Khalifa’s song with Chris Brown called ‘Till I Die.’ In it, there is a lyric that states, “Now all my pasta got shrimp in it.”

As for the khaki pants, a website called The Wiz Vault has been set up in conjunction with the rapper’s own website. On it, you can buy authentic clothes that he has worn previously. We were able to find many pairs of khaki’s on The Wiz Vault. It is also noteworthy that Wiz Khalifa has a mixtape called ‘Kush & Orange Juice,’ which could be what the orange slices in the frame are referring to. The bees in the clue package could also be indicating to his hit song ‘Black and Yellow.’ There is no way of knowing who Whatchamacallit is for sure until he gets unmasked, but till then, we believe that Wiz Khalifa is our best guess.

Read More: Who is Popcorn on The Masked Singer?