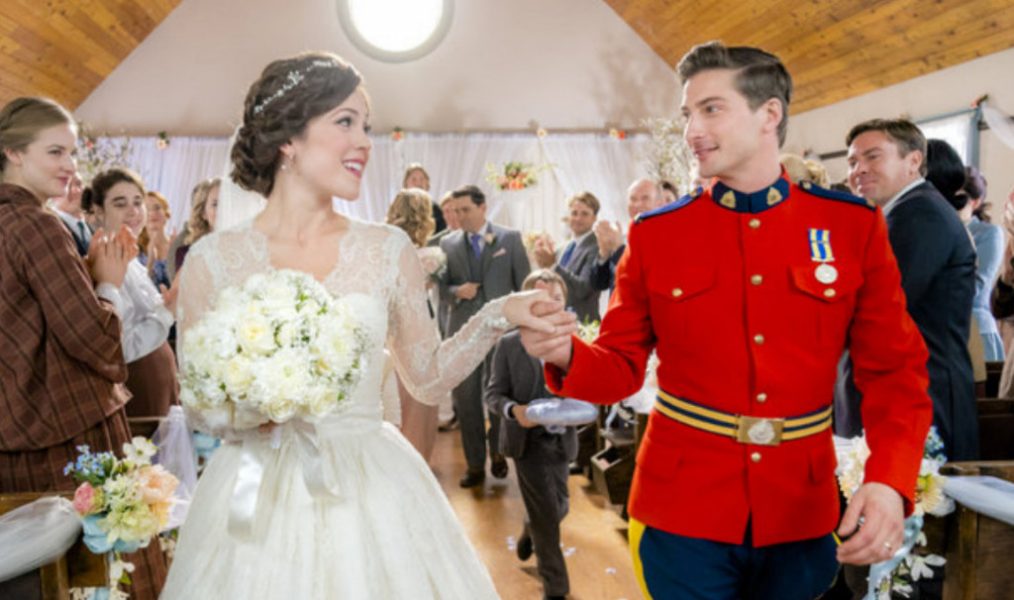 ‘When Calls the Heart’ is a Canadian-American television drama series that airs on the Hallmark channel in the USA and the Super Channel in Canada. It premiered for the first time in the US on January 11, 2014, and in Canada, on April 16, 2014. The series is based on the book of the same name by Janette Oke and is part of her ‘Canadian West’ series. The show has been developed for television by Michael Landon Jr. Believe Pictures, Brad Krevoy Television, and Jordan Films are the companies backing the show, while Vicki Sotheran and Greg Malcolm act as producers.

The show centers around a high society girl who tries to make an honest living as a teacher in the Canadian rural frontier. The series has garnered a good fan following and has been praised by critics for encompassing the aspects of classic Christian historical fiction. It has become available for international streaming on Netflix since 2017. The show has also led to a spin-off titled, ‘When Hope Calls’, which is set to debut in August 2019.

‘When Calls the Heart’ has had six successful seasons so far. Here’s everything we know about its upcoming season.

When Calls the Heart Cast: Who is in it?

The main cast of ‘When Calls the Heart’ includes Erin Krakow who plays the role of Elizabeth Thatcher Thronton, an independent, dedicated and passionate teacher from the city, who is used to the comforts of city life and is rather well off. However, when her first teaching assignment sees her in rural Canada, she must adapt to her surroundings. Daniel Lissing played the role of Jack Thronton, the town’s sheriff, who died tragically in the show. Matin Cummins appears as Henry Gowen, Pascale Hutton and Kavan Smith appear in the roles of Rosemary LeVeaux and Leland Coulter. Paul Greene plays Carson Shepherd and Andrea Brooks plays Faith Carter. Lori Loughlin used to appear in the role of Abigail Stanton, however, she ran into some controversy in 2019 regarding college admission briberies, and Hallmark was forced to leave her out. As a result, the ongoing season went on hiatus and is returning with Loughlin edited out, which apparently took a lot of creativity and some minor reshoots. It remains to be seen how the show does without one of its central characters.

Hopefully, in the upcoming season, a couple of major characters will be introduced to fill the Loughlin shaped hole in the cast, and to make the lives of the dwellers of the small town more interesting.

When Calls the Heart Plot: What is it about?

‘When Calls the Heart’ is centered around Elizabeth Thatcher, who leads a high society life, but her desire to be a teacher sees her land up in Coal Valley in Western Canada. In the 1910 coal town, this city girl is forced to learn the ways of the Canadian frontier to and make it on her own. The plot is driven forth through the kind of interactions Elizabeth has with the people around her, not least of all Abigail Stanton, who recently lost her husband in a coal mine accident, which claimed the lives of 45 others. The women take up these jobs to make ends meet, and to be able to pay the new teacher, vis a vis, Elizabeth. Despite what could have been a potential situation for resentment, Elizabeth begins to make headway with the residents, and their interactions make up the story of the series.

However, the show’s simplicity is also the undoing of it. While viewers might take comfort in the sweet naive nature of the characters, the discerning watcher will, of course, call out the predictable plot, and how easy it is to see what is coming along. Even for a piece about a specific time period, the series botches it up, in trying to be modern. The introduction of a female attorney comes off more like a gimmick to draw approval from liberal viewers than something that would actually have been possible at that time in rural Canada, no less.

‘When Calls the Heart’ is a sweet natured, family friendly, retrograde show but its obviousness is very striking. In fact, the chronicling of the trial following the mine accident, which makes up most of the show can be seen from a mile away. It is evident to the viewers so much so that the characters seem dull for not picking up on the hints that an accident is around the corner. This goes to discredit not just the character, but the show as well since there are many comfort-shows that still attempt to pack in a few twists and turns to keep viewers on the edge. Even the Christian values that underline the show and can be evidently understood from the interactions of the townspeople are shallow and do not make much of religious commentary. All that aside, this is a show to watch for the romance, and if you like quaint towns nestled in the lap of nature.

Hopefully, the upcoming season will see the show changing things up since they will be forced to replace a major character, Abigail Stanton. Perhaps, this will the chance to start over and take the series in a new and more exciting direction.

When Calls the Heart Season 7 Release Date: When will it premiere?

Season 6 of ‘When Calls the Heart’ premiered on December 25, 2018. However, the show went on hiatus when Loughlin was caught in the bribery scandal. It was announced April 10, by Krakow, that the show would return to air the remaining episodes on May 5, as per reports from Deadline.

As far as the next season is concerned fans can breathe a sigh of relief. Krakow, again on April 13, took to twitter to announce the renewal of the show. She wrote: ““I am thrilled to announce When Calls the Heart Season 7, coming next year! We can’t wait to get back to Hope Valley!”

Despite the scandal, the show was always expected to return for another season considering it is one of Hallmark‘s most popular and longest running shows. Moreover, when the show makers took the trouble of editing out Loughlin instead of canceling the show following her controversy, it shows a degree of dedication on part of the channel and the show makers. Our best guess is that Season 7 will release sometime in February 2020. There could also be Christmas special episode that will come out around December 2019.

When Calls the Heart Trailer:

While we wait for the release date of season 7, check out the season 6 trailer to refresh your memories.