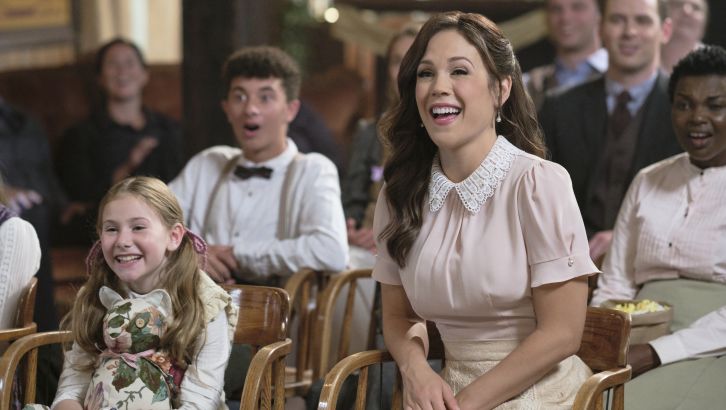 When season 7 of When Calls the Heart dropped on February 23, 2020, we witnessed a lot of changes in Hope Valley. People are embracing modernity and we see the mention of telephones and moving pictures. The streets still do not show signs of automobiles but it is not long before this picturesque, isolated locale slowly progresses into more of a contemporary haven.

We meet a reporter who introduces telephony to Hope Valley. Her name is Mary and we hope to see more of her evolution in future episodes. There is also Elizabeth who appears to be conflicted between Nathan and Lucas.

Well, after an eventful episode that brings with it a lot of changes, including telephones, novels, and motion pictures, the premiere has managed to set up the stage for a successful seventh season. So have you watched it yet? If yes, it’s time to get ready for the upcoming week. Read on to know how and where you can watch When Calls the Heart season 7 episode 2.

When Calls the Heart Season 7 Episode 2 Release Date: When will it premiere?

Its official synopsis goes as follows: “Elizabeth helps Nathan navigate family tensions when his estranged father arrives in town after recently being released from jail.”

You can also watch its promo here.

Where to Stream When Calls the Heart Season 7 Episode 2 Online?

The easiest way to catch up on When Calls the Heart season 7 episode 2 is to tune in to Hallmark on your tv screens at the above time slot via a cable subscription. The second option is to watch the latest episodes online on the official Hallmark website.

Another alternative for those planning to ditch cable is to live-stream the season on Fubo TV, Directv, Sling TV, or Philo TV if you have their paid subscription. All the released episodes are also available for purchase on Amazon Prime Video. Seasons 1-5 are currently streaming on Netflix and this is when seasons 6 and 7 will be available on the streamer.

In episode 1 of season 7 called ‘The Moving Picture’, Elizabeth and Nathan meet up and discuss Allie’s performance in school. They are then approached by Lucas who informs them that a new shipment of library books has arrived. Rosemary wears her beautiful new dress and shows it off in front of Lee. She says that she plans on wearing it for their upcoming anniversary celebration in Los Angeles. But unfortunately for Rose, Lee has to postpone their plans and instead holds a big party while inviting the whole town.

Meanwhile, at the library, Elizabeth converses about her long-term dream of becoming a writer and publish her work. Lucas offers his help in reading her writings and providing her with some notes. A reporter arrives to interview Henry about how he feels about becoming a rising star in the industry. The reporter additionally speaks to Bill and Lucas in order to gather some more insights into Bill’s past. Faith plans a surprise for Carson in Hope Valley.