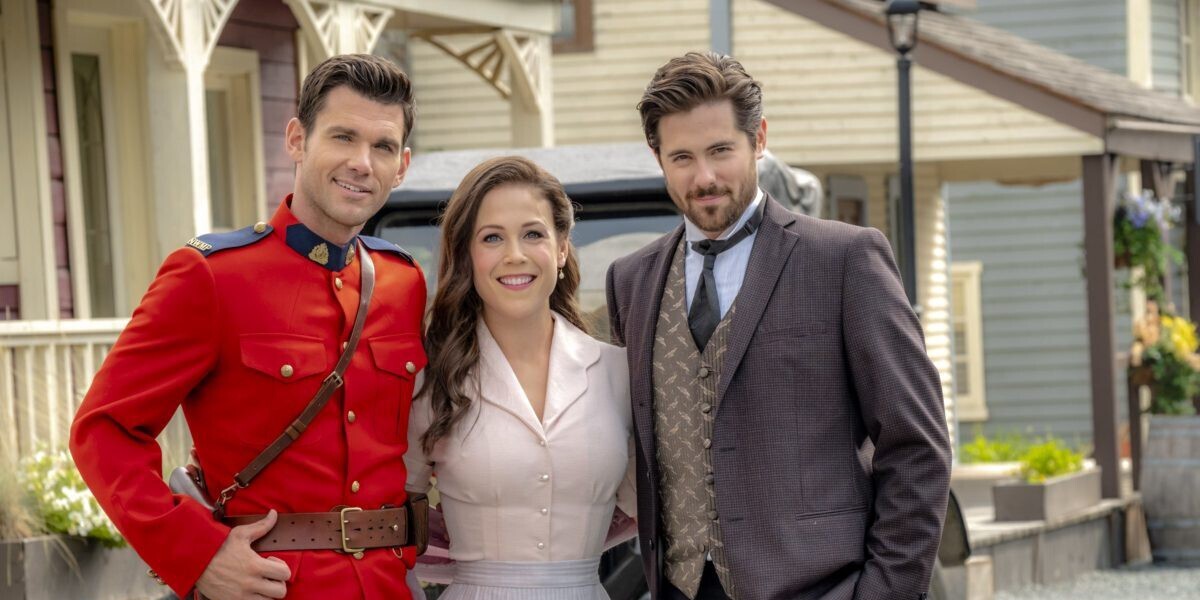 ‘When Calls the Heart’ is a family drama that follows Elizabeth Thatcher, a teacher who moves to Coal Valley (renamed, Hope Valley) in Western Canada, leaving behind her high-end lifestyle. Gradually, she starts adapting to the simple life, but it isn’t devoid of difficulties. Based on the eponymous novel from Janet Oke’s Canadian West series, the show has been developed for the screen by Michael Landon Jr. It first premiered on April 16, 2014.

Season 7 debuted on February 23, 2020, and has managed to maintain the spirit of the show, despite the firing of the show’s second lead, Lori Loughlin, following her involvement in the College admission scandal. So far in season 7, we have seen Elizabeth pursuing her love for writing, once again. After the love of her life, Jack Thornton’s sudden demise, Elizabeth has taken a liking to Nathan Grant, Hope Valley’s newest member. Both Nathan and Elizabeth are taking their sweet time to navigate their relationship, which is hanging between love and friendship. Meanwhile, Jesse and Clara are busy planning their upcoming wedding.

In the latest episode, i.e., Episode 2, released on March 1, 2020, Nathan gets a surprise visit from his estranged father. Check out the recap at the end, for more. In case you would like to know the details of the upcoming episode, that is, ‘When Calls the Heart’ Season 7 Episode 3, keep reading.

The upcoming episode has been titled ‘Family Matters.’ In the episode, we can expect to see Elizabeth lending a hand to Nathan, who is confused about his father’s motives. Since her student Allie is involved, Elizabeth might suggest to Nathan, to investigate his father and check if he isn’t behind the theft.

There’s a possibility that someone is framing Archie. Spending time in prison might have genuinely changed him, and he wants to be a better person now. In the episode, we might learn what Lucas thinks about Elizabeth’s manuscript. Meanwhile, Clara and Jesse might take their wedding planning, a step further. Episode 3 might also reveal the fate of Faith and Carson’s relationship.

You can check out the promo of Episode 3 below:

Where to Watch When Calls the Heart Season 7 Episode 3 Online?

When Calls the Heart Season 7 Episode 2 is titled ‘The Heart of a Father.’

In the episode, Nathan’s ex-convict father visits him, and trouble ensues. Archie asks Lucas to speak with Nathan and make him understand that he is a changed man now. Although reluctant at first, Nathan considers giving his father another chance, after Lucas and Allie share their perspectives.

Allie feels that it is her right to get to know her grandfather and assures Nathan that she is smart enough to call someone’s bluff. Nathan is in two-minds again, when he learns that someone has spotted Archie in the area where a recent theft has taken place.

Meanwhile, Florence spreads a rumor that Ned’s illness is a result of eating at the cafe, almost destroying Lucas’ business. His frenemy Bill comes to his rescue, and together, the duo combats the issue. Elsewhere, Clara is getting claustrophobic with Rosemary’s involvement in her wedding planning, and Leland bluntly tells her to offer advice only when asked.

On the contrary, he does the same thing to Jesse. Faith informs Carson that she has been offered the head nurse position at a clinic outside of Hope Valley. Carson is supportive, but he advises her to finish her M.D. and fulfill her dream of becoming a doctor. Now it’s up to Faith to choose between the two things.