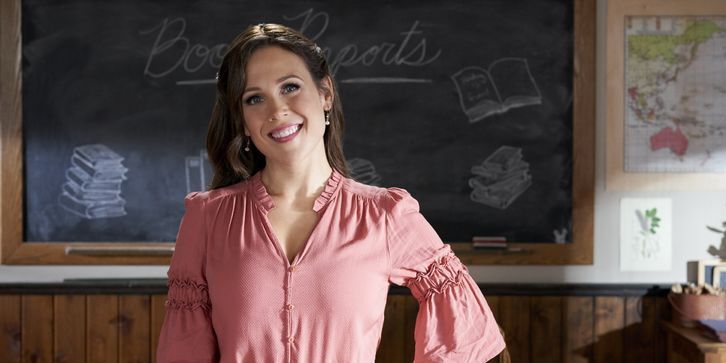 Based on the eponymous novel by Janette Oke, ‘When Calls the Heart’ is a popular family drama that revolves around the life of Elizabeth Thatcher, a full spirited young teacher from the city who moves to Hope Valley, a small town in the Canadian Frontier, to pursue a job.

Developed for the screen by Michael Landon Jr., Season 7 premiered on February 23, 2020. The show saw a major change when Lori Loughlin’s much-loved character Abigail Stanton was written off following her college admission bribery scandal. However, despite her absence, the show seems to be managing just fine. Season 7 focuses on the love triangle between Elizabeth, Nathan, and Lucas and Carson and Faith’s newfound bonding.

Episode 4 released on March 15, 2020. The intense episode follows Elizabeth, Carson and Faith, as they struggle to deal with an outbreak of chickenpox in Hope Valley. More on that in the recap. In case you want to know about the release date and further details of ‘When Calls the Heart’ season 7 episode 5, keep reading!

The upcoming episode has been titled ‘An Unexpected Gift.’

We all know both Lucas and Nathan are head-over-heels in love with Elizabeth. In the episode, the passionate teacher might receive a bouquet of flowers from her secret admirer. And just like you and me, she might think that either Lucas or Nathan is behind the sweet display of adoration. Although all the fingers point towards the two suspects – Nathan and Lucas, we don’t think it might be this obvious. If not the two, who? Therefore, along with Elizabeth, we can expect the entire town to focus on unmasking the identity of the mystery man.

On the other hand, as Jesse and Clara’s wedding date approaches, Rosemary and Lee might team up to orchestrate their friends Jesse & Clara’s Bachelor and Bachelorette parties. So get ready for some lighthearted fun.

You can check out the promo of Episode 5 below:

Where to Watch When Calls the Heart Season 7 Episode 5 Online?

When Calls the Heart Season 7 Episode 4 is titled ‘Sweet and Sour.’

The episode features an outbreak of Chickenpox. Rosemary catches the infection as she has never had it before and as it can be lethal in adults, Carson advises her to strictly rest. But she refuses to stay confined and tries getting out of the house, only to be stopped by her husband, Lee. Elizabeth sends Nathan to spread the word, and Lucas insists on joining him. After a minor argument revolving around who cares more about the town, the one-sided lovers of Elizabeth, settle down and cooperate to fulfill the task.

Meanwhile, Henry is accused of selling sour oil to Sean Murphy. Bill struggles to set up a jury for the trial and ends up with just Clara, Florence and Ned as potential jurors. On the other hand, Henry seeks Nathan’s help to clear his name. After doing some digging, Nathan discovers that foreman Cornell Frolich’s son is falsifying reports to frame Henry, as he thinks Henry is responsible for the shutting down of their oil company. Case closed!

Faith and Elizabeth drop everything on their schedules, to be by Rosemary’s side, who is severely ill. A stressed Lee approaches Carson who performs a submersion therapy to break Rosemary’s fever. As she recovers, Rosemary expresses gratitude for being blessed with a wonderful husband and caring friends. The episode ends with Faith receiving a warm farewell from her friends, as she heads off to Chicago for her class. Faith and Carson share a tender moment where they confess their love for each other and kiss.