When Will ‘When Calls the Heart’ S07 Premiere on Hallmark? 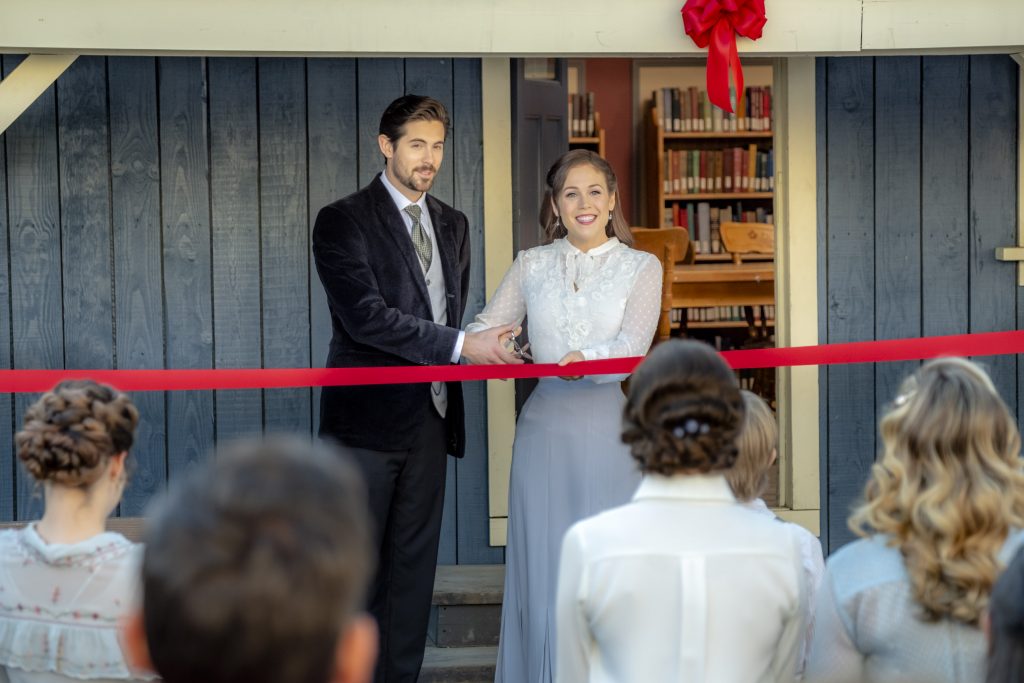 ‘When Calls the Heart’ is a family drama that follows the life of Elizabeth Thatcher, an elite teacher who sacrifices her wealthy lifestyle to move to the small town of Coal Valley after receiving a new teaching job. Elizabeth strives to adapt to the life at Western Canada and seeks help from the friends she makes along the way. It first premiered on January 11, 2014 on Hallmark Channel.

The show is inspired by the eponymous novel by Canadian author Janette Oke, and has been adapted to screen by Michael Landon Jr. Upon its premiere, the show opened to a terrific response from the audiences, and its high ratings paved the way for six successful seasons. The sixth season premiere grabbed the No. 2 spot as the original series of the week, just behind the cult hit ‘The Walking Dead.’

What’s in store for us Hearties in ‘When Calls the Heart’ season 7, you must ask? Well, here are all the details of we know.

When Calls the Heart Season 7 Release Date: When Will it Premiere?

‘When Calls the Heart’ season 6 released on February 24, 2019. On March 10, 2019, in the wake of Lori Loughlin’s college admissions scandal, the season went on a hiatus after airing just three episodes. It returned from the break on May 5, 2019 to air the remaining 6 episodes, which concluded on June 2, 2019. Since season 6 was an episode short, a Christmas special was released on December 25, 2019.

When Calls the Heart Season 7 Cast: Who is in it?

Erin Krakow (‘Army Wives’) headlines the cast as Elizabeth Thatcher, an upper-class woman who moves to Coal Valley in the western frontier and struggles to adjust to her new lifestyle. Joining her is Lori Loughlin (‘Fuller House’) as Elizabeth’s independent and fierce friend, Abigail Stanton.

All the main cast members will reprise their roles in season 7, except for Lori Loughlin, who has been fired by Hallmark over her scandal.

When Calls the Heart Season 7 Plot: What is it About?

‘When Calls the Heart’ revolves around the life of Elizabeth Thatcher, a teacher belonging to an affluent family. After receiving her first assignment, Elizabeth leaves her old life behind and comes to live in Coal Valley. Naturally, she finds it tough to adapt to the simple country life.

Up till season 6, we see how Elizabeth pursues every hope or possibility to sustain the life at countryside. She also meets new people along the way. One of them is Abigail Stanton, a widow who works at the mine to fend for her family, after losing her husband and son to a mining accident, which occurs due to the negligence of the management. Since the shutting of the mine, the town is now called Hope Valley instead of Coal Valley. Elizabeth also meets the charming John Thornton, who later becomes her husband and the father of her child, but it doesn’t end well. Season 6 ends on a cliffhanger with Elizabeth having to choose between Lucas and Nathan while also trying to plan for the baby’s future.

Season 7 will focus on Elizabeth, Lucas, and Nathan’s complicated love triangle. In the season, we can expect to see the Elizabeth contemplating her future in Hope Valley, after Lucas suggests her to find a new inspiration with respect to her writing. Meanwhile, there will be major shifts in relationship dynamics. Lee lays down few secrets from his past life in front of Rosemary, while Faith and Carson’s relationship falls apart. Bill gears up to take down Gowen, who works to save the Gowen Petroleum.

When Calls the Heart Trailer

Check out the preview of ‘When Calls the Heart’ season 7!