When Calls the Heart Season 8 Episode 12: What to Expect? 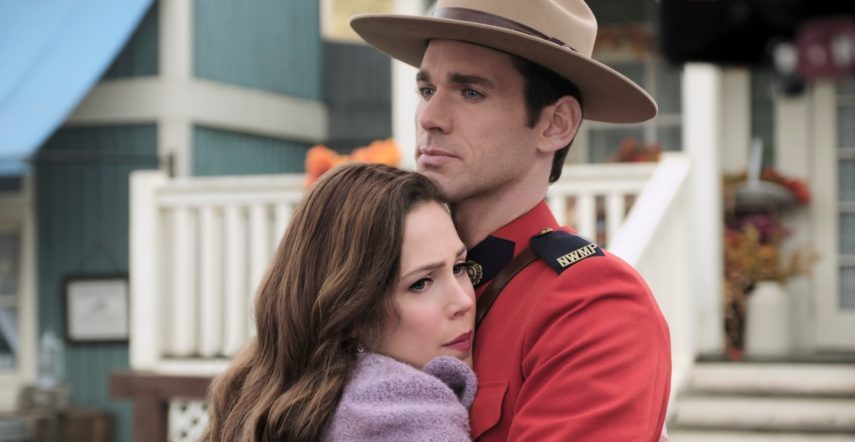 ‘When Calls the Heart’ season 8 is about to air its last episode, and to jog your memory, we would like to give you a quick update about the previous episode (season 8 episode 11) in the recap section. Elizabeth still hasn’t made her decision, and Lucas decides to make it easier for her by taking a step back. There is panic in Hope Valley when Nathan and Lee learn about Jesse’s accident. In case you’re wondering what’s in store for the finale, here’s everything we know about ‘When Calls the Heart’ season 8 episode 12!

‘When Calls the Heart’ season 8 episode 12 will premiere on May 9, 2021, at 9 pm ET on Hallmark. The eighth season has 12 episodes, with each one having a runtime of around 43 minutes.

Where to Stream When Calls the Heart Season 8 Episode 12 Online?

To watch ‘When Calls the Heart’ season 8 episode 12 on TV, you can tune in to Hallmark Channel at the date and time mentioned above. The episode will also be available on Hallmark’s official website, as well as the Hallmark Channel Everywhere app. If you have cut the cord, you can live stream the show on Sling TV, Philo TV, Fubo TV, and DirecTV. You can also watch the episodes of ‘When Calls the Heart’ by purchasing or renting them on Amazon Prime Video.

In ‘When Calls the Heart’ season 8 finale, called ‘The Kiss,’ Elizabeth will finally make up her mind and decide who she wants to be with. Fans have been waiting for this moment for a long time, but who will she choose? At this point, the fan circle has been divided into Team Nathan and Team Lucas. Hope Valley needs to be prepared for huge transformations. The town will have to bid farewell to one of our beloved characters. As per the events of the last episode, the situation might be related to Jesse. Moreover, Faith and Carson’s future will also be mapped out. Elizabeth’s teaching establishment, on the other hand, will either stay or be removed. You can take a look at the promo below!

In ‘When Calls the Heart’ season 8 episode 11, titled ‘Changing Times,’ Nathan hands over Florence’s bridal bouquet to Elizabeth, and they both discuss Elizabeth’s marriage. Furthermore, Carson has a desire to get married to Faith, but it seems highly one-sided. After returning from her honeymoon, Florence tries to justify Ned’s absence for the last couple of days, but Clara is skeptical. The school inspector visits the cafe, but Elizabeth clarifies that she does not want to join the school district.

The Board of Education report demands that there should at least be 100 students. Wyman reveals that he is buying the place where Fiona puts up, and if she wants to stay, it is her decision. Meanwhile, Florence is still trying to reach Ned. Elizabeth needs a legalized pass to teach blind children. Failure to do that would result in her establishment being removed. Canfield’s property is being looked after by Special Officer Spurlock, who thinks Canfield and Nathan are up to some mischief. Wyman is eager to teach his business to Clara when the latter visits him in prison.

The Canfields have shifted down the street. Lee and Nathan can’t find Jesse, and his car is stuck somewhere dangerous. Wyman has a fallout with Bill. Elizabeth wants to fight for a child who has never been to school and teach her. Faith surprisingly accepts Carson’s proposal. Clara finds out about Jesse, but Lee thinks he knows the mountain enough to be able to survive. Lucas finally decides to let go of Elizabeth.