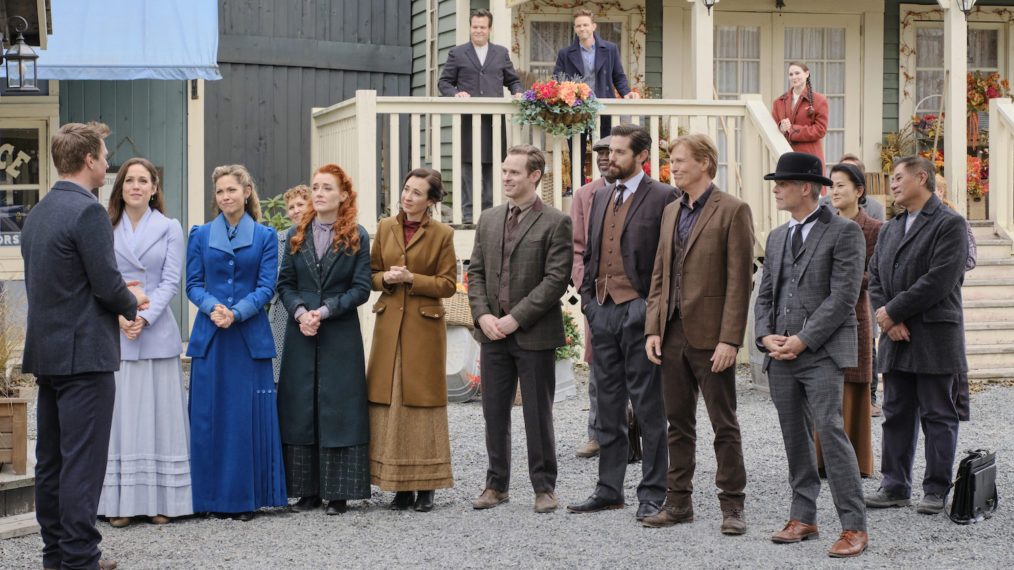 ‘When Calls the Heart’ is a drama series based on the eponymous novel by Janette Oke and created for television by Michael Landon Jr. The narrative revolves around the life of a young teacher, Elizabeth Thatcher, who is from a sophisticated and high-class family. Soon, she has to give up her elite lifestyle as she gets sent to the small mining town of Coal Valley for a teaching assignment there. Despite facing various issues to get by and get used to the new lifestyle of the village, she still succeeds in making some meaningful connections with a few people and getting herself a new job.

Although the season 8 finale resolves the love triangle of Elizabeth, Nathan, and Lucas, it leaves the other important characters and residents of Hope Valley having to make some big and life-altering decisions of their own in the final episode. The upcoming installment will likely let us know the decisions they make and put an end to all the interpretations and theories about season 9 that are lingering in the air. So, if you are a fan of the show and are curious to get a detailed account of the ‘When Calls the Heart’ season 9 premiere, we have got you covered!

‘When Calls the Heart’ Season 9 Episode 1 is set to release on March 6, 2022, at 8 pm ET on Hallmark Channel. The ninth season, just like the previous season, has 12 episodes that are released weekly on Sundays.

Where to Stream When Calls the Heart Season 9 Episode 1 Online?

Those who don’t have cable subscriptions can stream the show on several live TV streaming services including PhiloTV, FuboTV, DirecTV, and YouTubeTV. In addition to this, you can also watch this family drama by purchasing or renting its episodes on Amazon Prime Video, iTunes, Google Play, and Microsoft Store.

‘When Calls the Heart’ season 9 episode 1 is titled ‘In Like a Lion,’ and will pick up right from the season 8 finale. Elizabeth will make a likely return to Hope Valley after spending some time with her family back in Hamilton, and Hope Valley will probably enter a new era. We will see the oil industry growing and developing further. We can expect to see Lucas and Little Jack bonding with each other more and more as the season progresses.

The official synopsis of the episode released by Hallmark states – “Change is in the air for Hope Valley with the foundry that’s to be built and the upcoming mayoral election. Elizabeth arrives home from a trip to Hamilton. A potential investor arrives in town to discuss the oil business with Lucas.” Now, if you wish to speculate some theories of your own, you can watch the trailer!

When Calls the Heart Season 9 Cast

The ninth season of the drama series will feature the main cast members Erin Krakow as Elizabeth Thatcher, Chris McNally as Lucas Bouchard, Kevin McGarry as Nathan Grant, Pascale Hutton as Rosemary Coulter, Jack Wagner as Bill Avery, and Kavan Smith as Leland Coulter. Apart from the familiar faces in the cast, we can expect to see the introduction of a few new characters to keep the plot interesting and moving forward.

Read more: Best Shows Like When Calls The Heart