When Does Meow, The Secret Boy Episode 13 Come Out? 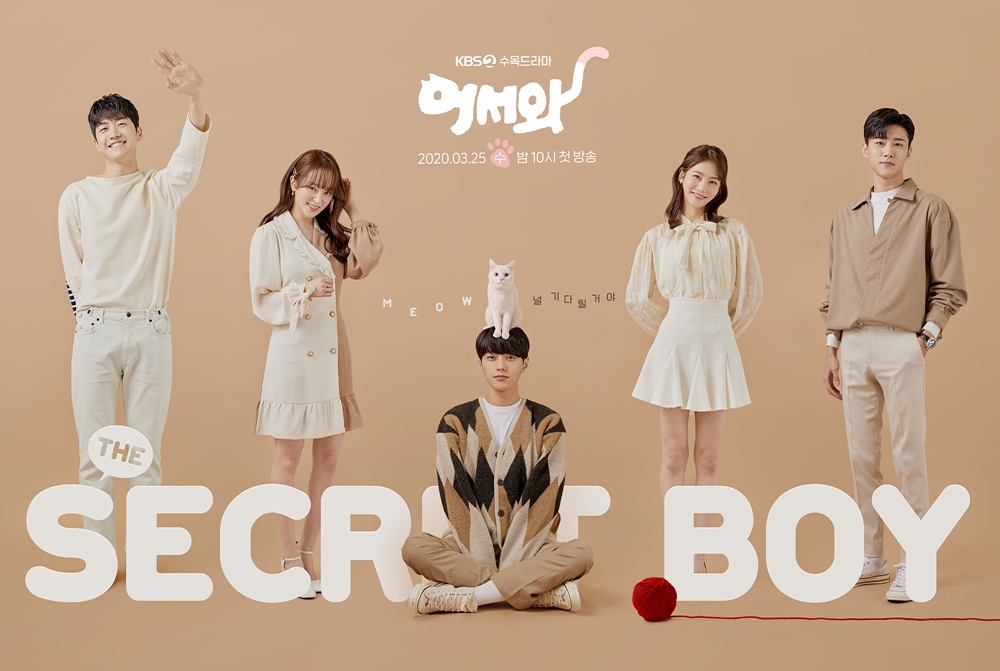 ‘Meow, The Secret Boy’ is a fantasy rom-com Korean drama is based on the Naver webtoon ‘Welcome.’ This series started airing on March 25, 2020, and stars Kim Myun-Soo, Shin Ye-Eun, and Seo Ji-Hoon in the leading roles. The show revolves around the main character Kim Sol-Ah, a graphic designer with a dream of becoming a webtoon author, who adopts a cat, named Hong-Jo and brings it home, unaware of the fact that it can turn into a human being.

In the previous episodes, we saw how Sol-Ah thinks of herself as a dog, fiercely loyal, and dislikes cats but adopts one herself to help out a Jae-Seon, her unrequited love. The cat develops a liking to Sol-Ah and decides not to reveal the truth about himself so that he can stay with her for as long as possible. Sol-Ah forms a bond with both Hong-Jo as well, the cat and the human – who she allows to stay with her as she thinks its Bang Guk-Bong, her new stepbrother – and gets inspiration from him for her webtoon.

While Hong-Jo is trying to learn how to function as a human, Sol-Ah decides to stop letting people walk all over her and move on from Jae-Seon. They both start to hang out together, and with Hong-Jo even admitting to his feelings, their relationship strengthens. Only after this does Jae-Seon realize that he misunderstood her, but she refuses him.

Now that the real Bang Guk-Bong is here and Jae-Seon knows Hong-Jo’s secret, this cute romance story has us waiting to see what happens next. Keep reading for all the information about episode 13 of ‘Meow, The Secret Boy’ and where you can find it.

Meow, The Secret Boy Episode 13 Release Date: When Does it Premiere?

Where to Watch Meow, The Secret Boy Episode 13 Online?

‘Meow, The Secret Boy’ episode 13 will be available to stream online on Rakuten Viki, after it airs in Korea. You can watch the show with English subtitles on all these platforms.

Trying to keep his secret hidden and to prove that he will do anything to stay with Sol-Ah, Hong-Jo starts working for Jae-Seon in his cafe in the last episode. So, episode 13 is expected to revolve around the developments in Sol-Ah and Hong-Jo’s relationship, with Jae-Seon and Bang Guk-Bong having a considerable role to play on how it pans out. We expect the subplot involving Doo-Shik and Ji-Eun, Sol-Ah’s coworkers, and friends to develop into a full romance as well.