When Will A.P. Bio Premiere on Peacock? 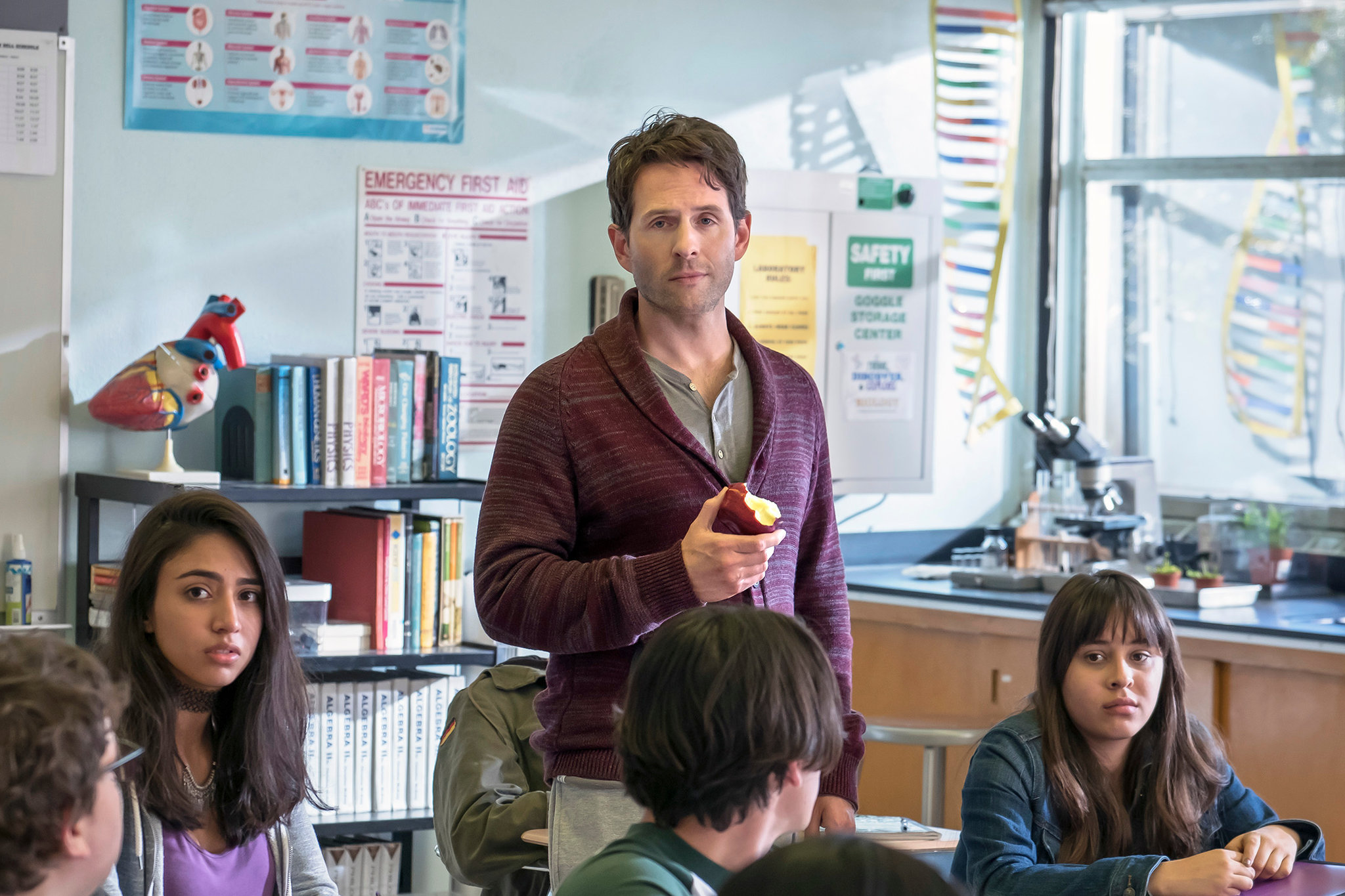 Created by Mike O’Brien, the comedy series ‘A.P. Bio’ tells the story of Jack Carson Griffin, a Harvard philosophy professor, who has no choice but to go back to Toledo, Ohio and began teaching advanced placement biology at a high school when he fails to secure his dream job against his longtime academic rival Miles Leonard. Disappointed about his current circumstances, he tells his students that he does not intend to teach them biology. However, he later realizes that he can use them to exact revenge on Miles. He has somewhat an antagonistic relationship with the principal of the school, Ralph Durbin. An idealist and a pushover, Durbin can’t even hope to control Griffin. ‘A.P. Bio’ originally premiered on NBC on February 1, 2018, and ran for two seasons before it was canceled. In 2019, NBCUniversal’s streaming service Peacock announced that the show’s third season will be available on their platform.

A.P. Bio Season 3 Release Date: When Will It Premiere?

In May 2019, showrunner Mike O’Brien took to Twitter to announce that that ‘A.P. Bio’ has been canceled after two seasons. He thanked executive producers Seth Meyers and Michael Shoemaker for their help and NBC and Tracey Pakosta Co-President, Scripted Programming NBC Entertainment for “buying it and renewing it for this second season”. In July, NBC’s then-unnamed streaming service picked up ‘A.P. Bio’ for a third season as its first half-hour comedy original. O’Brien credited the fans for the renewal, who had run the #SaveAPBio campaign on social media.

“I’m so overwhelmed by the outpouring of support from the fans,” O’Brien stated. “The cast and I are thrilled that we get to make more and I’m excited to work with the NBCU streaming platform.”

Among Griffin’s students, Sarika Sarkar is played by Aparna Brielle, Marcus Kasperak by Nick Peine, and Heather by Allisyn Ashley Arm. Tom Bennett has not appeared on the show since the first season. It is unlikely that he will return in the third. Pell’s character was promoted from a recurring role in season one to a series regular in the second season. Seeing how prominently she is featured in the trailer of season 3, it is safe to assume that her character will continue to play an important role. Some of Griffin’s students, including Jacob McCarthy’s Devin, has not been seen on the show since the first season as well. He will not probably reappear in the third either. The rest of the cast is slated to return in season three.

A.P Bio Season 3 Plot: What Is It about?

When disgraced Harvard philosophy professor Jack Carson Griffin becomes an A.P. Bio teacher at Whitlock High School in Toledo, he tells his students in no uncertain terms that he doesn’t want to teach them biology. However, he soon learns that his honor-roll students are quite smart and he could use that to his own advantage.

The trailer for season three promises that it will be “a little wilder, a little weirder, and a whole lot wronger”. The show will likely continue to develop the relationship between Griffin and his students. When it first came out, the show faced some criticism for its protagonist being too brash and too self-centered. But Griffin has shown clear signs of growth since then. His relationship with Durbin has evolved as well, along with those with other members of the staff. The antagonism between them has significantly mellowed down. They can now even be considered friends. Expect the writers to continue exploring that.