When Will Adam Ruins Everything Return to truTV? 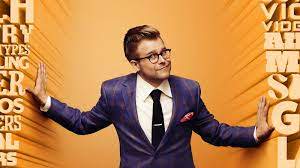 The wonderfully informative and educational comedy series ‘Adam Ruins Everything’ completed its third season on truTV in 2019. Before that, it was a highly popular web series that used to release its episodes through the CollegeHumor YouTube channel. Adam Conover, the show’s host and creator, had been part of the CollegeHumor writing and performing teams since 2012. Many of the other members of the cast are also CollegeHumor alumni. The basic premise of the series revolves around the host discussing and debunking various misconceptions prevalent in the US society. Since its premiere on truTV in September 2015, the show has been able to garner a large following. If you are a fan of the show and want to know when the fourth season is coming out, read on.

‘Adam Ruins Everything’s first season on truTV has 27 episodes. The second season is composed of 26 episodes. In its latest season, the network only ordered 12 episodes, the first four of which aired between January 8 and January 29, 2019, and the last eight between August 13, 2019, and October 1, 2019.

There is a lot of buzz about a possible fourth season of the show. However, both the network and producers are silent about it. The show has accounts on various social media platforms, and they are not revealing much either. Conover, for his part, seems to be more focused on creating Twitch content on the video game ‘Dark Souls III’ these days. ‘Adam Ruins Everything’ season 4 might in all likelihood will release sometime in 2021.

In the show, Conover stars as himself. He leads the audience and the secondary character through a series of explanations, helping them discern the facts from the beliefs. He says that he “ruins” people’s misconceptions because he genuinely thinks that they are better off for it.

Emily Axford, also starring as herself, often serves as the secondary character and is at the receiving end of Conover’s long speeches. In some episodes, this is subverted, and it is Axford who is giving the speech. The cast also includes Brian K. Murphy as Murph, a high school PE and health teacher and Axford’s husband, and Amos Vernon as Uncle Sam. Because of the show’s informative and educational nature, experts in various fields are regularly featured on it.

What Is Adam Ruins Everything about?

Since its inception, ‘Adam Ruins Everything’ has been about discrediting popular myths. When they shifted to truTV from CollegeHumor, they started addressing more serious issues, from gun rights to healthcare to voting. In the third season finale, titled ‘Adam Ruins Himself’, Conover speaks about the inherent biases that the show itself has and the various mistakes they have made over the years.