When Will B Positive Season 2 Release? 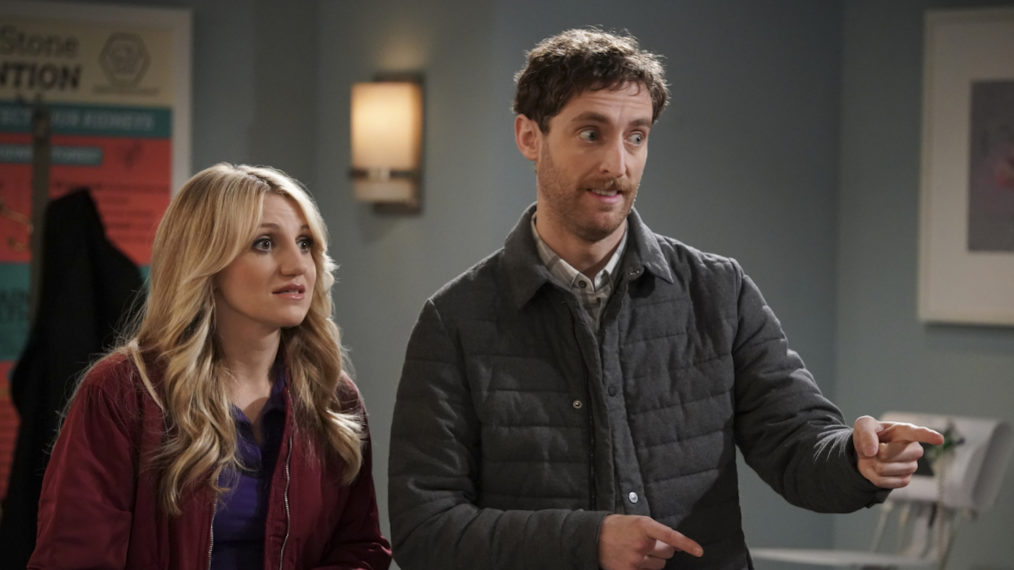 Created by Marco Pennette, ‘B Positive’ is a sitcom that follows Drew, a therapist and a recently divorced dad who needs a kidney transplant. He has B-positive blood and is at his wit’s end as he cannot find a family member who can donate the organ. That is when Drew runs into Gina, with whom he forms an unlikely friendship. Since its premiere in November 2020, the sitcom has performed well on CBS and has received a favorable response from viewers and critics alike.

What sets the show apart is that it has raised awareness towards organ donation, all the while maintaining its comedic beats. It has been primarily praised for the compelling performances by the cast members. The Tony Award-winning actress Annaleigh Ashford has received special mention for dialogue delivery and her portrayal of Gina, who has unarguably become one of the highlights of the show. Fans cannot wait to find out if a second season is around the corner. If you are looking for updates, we’ve got you covered!

As for season 2, here is what you need to know. The series is awaiting an official announcement from CBS to give it the green light for season 2. However, the chances for its return are pretty high, primarily because the network back-ordered five episodes on December 21, 2020, which were added to season 1, bringing up the episode count to 18. It is no news that Chuck Lorre dominates the industry when it comes to sitcoms, with hits such as ‘Two and a Half Men,’ ‘Mom,’ and ‘The Big Bang Theory‘ to his credit. Being one of the executive producers for this show could only mean more good news.

Moreover, the series is inspired by real-life experiences of the show’s creator Marco Pennette, who received a kidney from his childhood friend in 2013. The sitcom has gone beyond entertainment and taken active steps to raise awareness about organ donation. The official Twitter account has also shared information that would help people learn more on the subject. Therefore, it seems that CBS would love to keep such a show going, given the positive social impact it brings about.

The viewership trend also shows that the sitcom is fairing decently on CBS. The series debuted with 6.23 million viewers watching the first episode, after which it managed to keep close to 6 million viewers tuning in each week. Although the series saw a slight dip in the numbers after episode 11, things seemed more hopeful as the first season approached the finale.

An Instagram post by Annaleigh Ashford stating that filming for season 1 wrapped in mid-April 2021 has got many fans yearning for a second season. Since new episodes release within a month of filming, fans will not have to wait long if the series commences filming for season 2. Therefore, if the series is given the go-ahead for the second installment by the end of Summer 2021 and begin filming by fall, we can expect ‘B Positive’ season 2 to release sometime in late 2021 or early 2022.

B Positive Season 2 Cast: Who can be in it?

Since Drew and Gina are at the center of the storyline, Thomas Middleditch and Annaleigh Ashford will reprise their roles if the series is renewed. Other actors who may return to reprise their respective roles are Kether Donohue (Gabby), Sara Rue (Julia), Izzy G (Maddie), Rosa Salazar (Adriana), and Terrence Terrell (Eli).

The show would be incomplete without Linda Lavin (Norma), Briga Heelan (Samantha), David Anthony Higgins (Jerry), Darryl Stephens (Gideon), Jason Kravits (Dr. Baskin), Adam Chambers (Paul), and Bernie Kopell (Mr. Knudsen). Therefore, we can expect to see most of the actors again if the show returns with the second installment. We may also see some new faces in the potential season 2.

B Positive Season 2 Plot: What can it be About?

Towards the end of the first season, we learn that Drew’s girlfriend Adriana’s cancer has worsened. So he seeks help from Gina to convince Adriana to enroll in a trial program in Switzerland. Drew receives surprising news as he learns that his transplant surgery can be done sooner than expected. Therefore, he plans to go to Switzerland with his girlfriend and be back in time for his surgery. In the final episode, Drew celebrates his last dialysis before he and Gina prepare to go in for the kidney transplant surgery.

If there is a second season, we will see how life changes for Drew and Gina after the surgery. Does the new kidney improve Drew’s health? We could also see Gina make some interesting changes in the way she chooses to live. We are yet to learn what happens to Adriana and how Drew helps her. Therefore, it seems that there is quite a bit that the fans would want to know if ‘B Positive’ is greenlit for season 2.

Read More: Where Is B Positive Filmed?