When Will Brooklyn Nine-Nine Season 8 Release on Hulu? 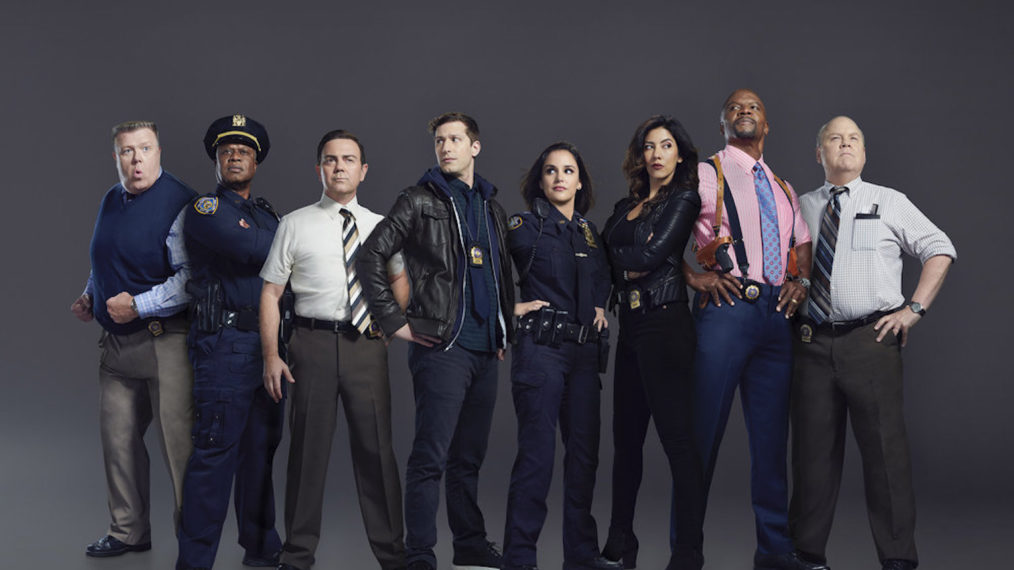 Created by Dan Goor and Michael Schur, ‘Brooklyn Nine-Nine’ is a sitcom that revolves around the titular and fictional precinct of the New York Police Department. Jake Peralta is a detective who often butts heads with his commanding officer, Captain Raymond Holt. The comedic police procedural drama first premiered on September 17, 2013, on Fox. It later moved to NBC since Fox axed the show after five seasons.

The comedy series has garnered praise for its unexpected but effective pairing of Andy Samberg (Jake Peralta) and Andre Braugher (Raymond Holt). The show is known for its intelligent writing and unpredictable approach to the way it includes a range of contemporary issues. It has also been lauded for its appealing characters and portrayal of the LGBTQ+ community. With the eighth season just around the corner, viewers on Hulu are looking forward to hearing about when they can catch the latest season on the streaming platform. We’ve got you covered!

‘Brooklyn Nine-Nine’ season 8 will begin screening on August 13, 2021, at 12 am ET on Hulu. The episodes first air on NBC and are then made available on the streamer the following day. That means the upcoming cycle is scheduled to release on the cable network on August 12, 2021, at 8 pm ET. Kicking off with a two-episode premiere, the new chapters of the season will arrive in pairs airing back-to-back every Thursday on the television network. The upcoming cycle comprises ten episodes and is set to conclude its run on NBC on September 16, 2021. Since Hulu is likely to follow a weekly release pattern similar to that of NBC, the final two episodes will arrive on the streamer on September 17, 2021.

On February 11, 2021, it was announced that the eighth season would be the final outing for the comedy cop series. The upcoming cycle saw some delays partially due to the pandemic but also because the scripts for the first four episodes of season 8 had to be reworked in the wake of George Floyd’s murder. The final season aims to neatly tie up some of the storylines, including Holt’s ambition to become the commissioner of NYPD and Santiago’s desire to be the youngest precinct captain ever. In the upcoming season, we might also see Santiago and Peralta navigating parenthood and learning to balance their family life and work.

According to a licensing deal inked in 2019, Hulu can screen ‘Brooklyn Nine-Nine’ until 2024, which means the show will be available on the streaming service for a few more years at least. So, even though your favorite series is coming to an end, you have enough time to binge the entire series as many times as you like.