When Will Call the Midwife Season 10 Release? 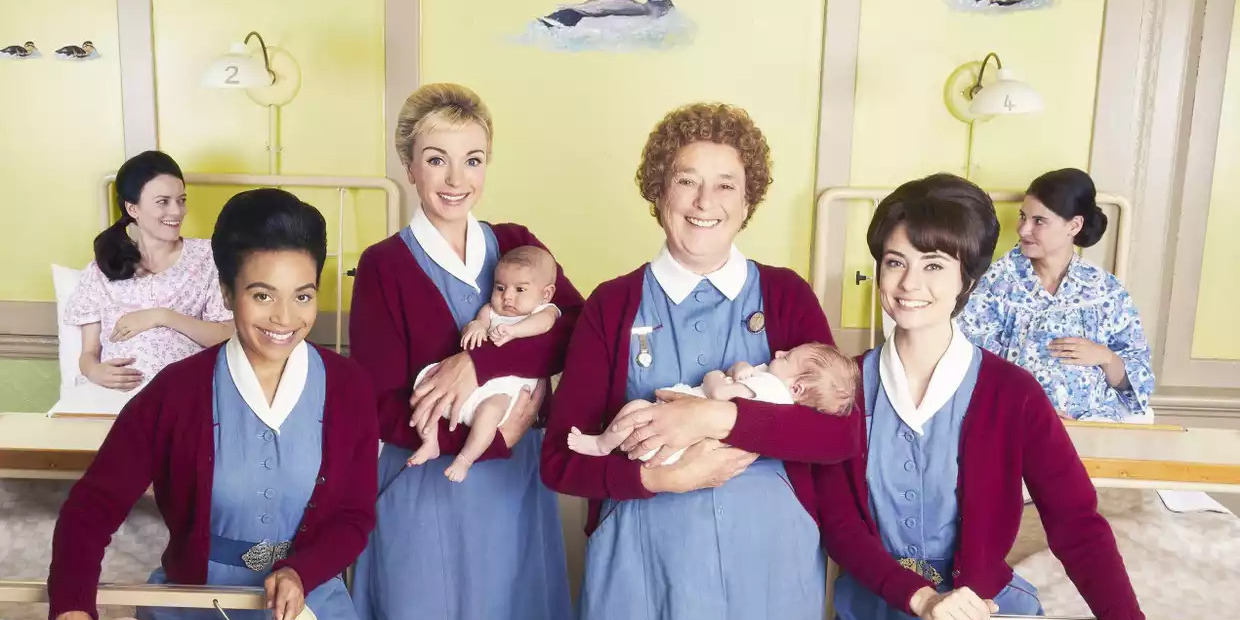 Based on the memoirs of Jennifer Worth (née Lee), ‘Call the Midwife’ is a period medical-drama series that tells the story of midwives and nuns belonging to Nonnatus House of the Anglican religious order as they work with the hopelessly impoverished people of the Poplar district in 1950s London. Heidi Thomas (‘Madame Bovary’, ‘Cranford’) created the series and serves as the executive producer along with Pippa Harris (‘Penny Dreadful’, ‘Britannia’) of the Neal Street Productions. The show premiered on January 15, 2012, and immediately became a critical success that also generated respectable ratings. In the ensuing eight years, the series has achieved international popularity. ‘Call the Midwife’ season 9 wrapped a few months back. If you are curious about when it is returning with a brand-new season, then here’s what we know.

In March 2019, BBC announced that they were renewing ‘Call the Midwife’ for season 10 and 11, both of which would be comprised of eight episodes as well as the Christmas Specials. In a statement, Harris thanked the fans for their continued support. “We are delighted and humbled by the continued warmth of the audience response to Call the Midwife. It’s a testament to the extraordinary creativity of Heidi Thomas who pours her heart and soul into every episode. We are thrilled that the BBC have put such faith in the show by commissioning more seasons, and we can’t wait to watch our wonderful cast and crew tackling all the social and medical changes which the swinging sixties will bring,” she said.

According to Thomas, ‘Call the Midwife’ still has more stories to share. “Even after all these years, it still feels as though Call the Midwife has more truth to tell, more tears to cry, more life to celebrate, and more love to give. We are blessed with the best cast, crew, and audience a show could wish for, and I could not be more excited about our future.”

‘Call the Midwife’ was supposed to start filming for season 10 in the spring at Longcross Studios in Surrey, but it was postponed following the advent of the COVID pandemic. Shooting finally began for the next season’s Christmas Special in mid-August 2020. In a press release, BBC revealed that season 10 is going to have 7 episodes (not including the special), one less than the previous 8 seasons due to the COVID restrictions. Principal cast photography for the show officially started on August 31. ‘Call the Midwife’ season 10 is slated to premiere in early January 2021, with the season’s Christmas Special releasing on December 25, 2020.

Call the Midwife Season 10 Cast: Who can be in it?

Annabelle Apsion joined the cast in the recurring role of Violet Buckle, Fred’s wife, in season 4. In season 7, her character was promoted to the main cast. Leonie Elliott as Nurse Lucille Anderson became part of the main cast in season 7, while both Fenella Woolgar and Ella Bruccoleri were brought in season 8 as Sisters Hilda and Frances, respectively. Lee Armstrong is cast as Dr. Kevin McNulty in season 9. Most members of the main cast are slated to return in ‘Call the Midwife’ season 10, except for Jennifer Kirby, who has been portraying nurse Valerie since season 6. She left the show in season 9.

Call the Midwife Season 10 Plot: What can it be about?

‘Call the Midwife’ is known for being a TV show that doesn’t shy away from depicting sensitive issues onscreen, and they continued to do so in season 9. In the finale, Sister Julienne comes to know that the funding for the Nonnatus House is going to be cut by the council. The death of her grandmother prompts Valerie to leave the order. The members of the order discover that Dr. McNulty has a substance abuse problem. Trixie delivers a very convincing speech and garners the support of the community for a stay in the order of execution for Nonnatus House.

In ‘Call the Midwife’ Season 10, the ramifications for Valerie’s departure might be addressed. The fact that Trixie has only managed to secure a year-long stay on the order of execution means this might serve as a major plot point in the next season. McNulty’s drug problems have become commonly known, so expect the show to focus on that. And as always, the series will continue to address issues like miscarriage, unwanted pregnancies, stillbirths, abortions, racism, classism, the necessity of living in a community, religion, and faith, and sexuality.

Read More: Where is Call the Midwife Filmed?