When Will Cleopatra in Space Return to Peacock? 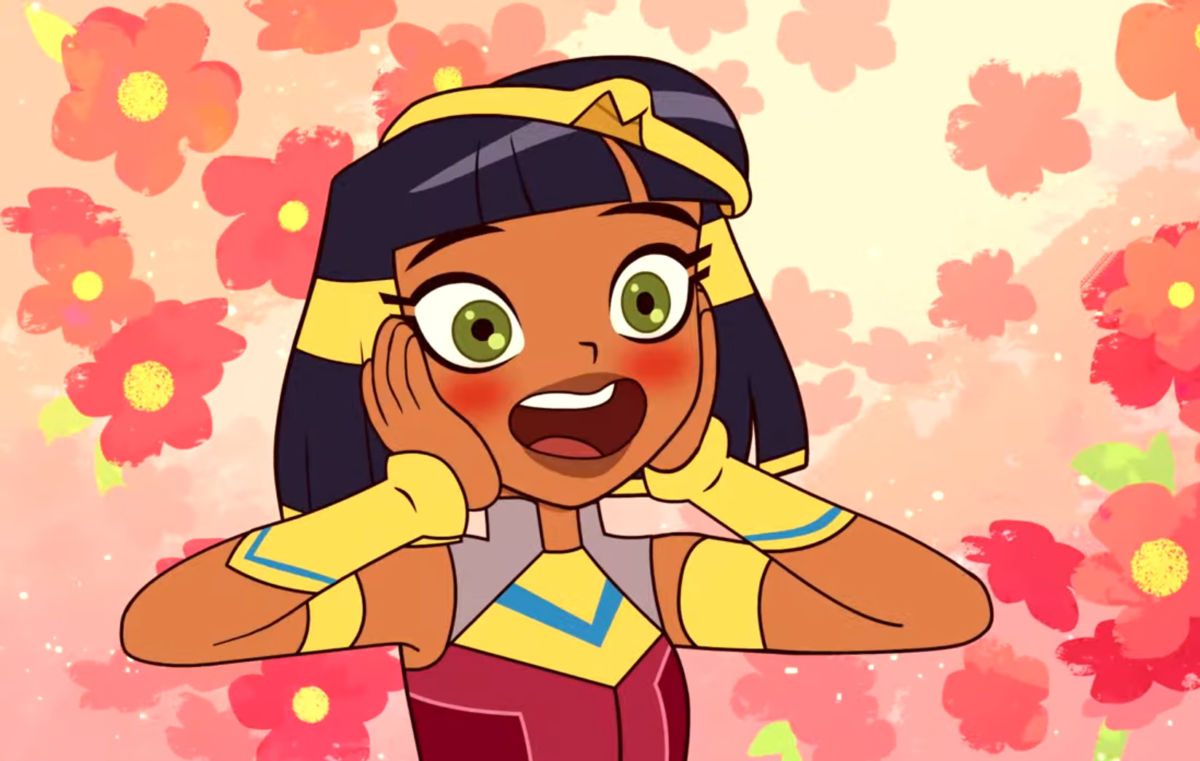 Based on the popular graphic novel series by Mike Maihack, ‘Cleopatra in Space’ is an animated TV show that follows the adventures of a teenage Cleopatra, who is transported 30,000 years into the future to a planet with definitive ancient Egyptian motifs. After learning that she is supposed to save the galaxy from an evil tyrant, she trades her chariots for hoverboards and enrolls at the Pharaoh Yasiro’s Research Academy And Military Initiative of Defense (P.Y.R.A.M.I.D.) to garner combat skills.

The series is produced by DreamWorks Animation, with Doug Langdale and Fitzy Fitzmaurice serving as showrunners. The music has been provided by Jay Vincent and Ryan Lofty. When it originally came out, the show received mostly positive reviews, with critics praising its animation style, episodic plot, and fierce and independent main protagonist. However, season 1, which was ordered for a total of 26 episodes, aired only 13 episodes on Peacock in July 2020. Here is when ‘Cleopatra in Space’ season 1 episode 14 will release on the platform.

‘Cleopatra in Space’ Season 1 premiered on July 15, 2020, on NBCUniversal’s streaming service Peacock for their audience in the US. It consisted of 13 episodes. Before that, the show was added to Peacock’s launch line-up and was streamed exclusively for Xfinity customers on April 15, 2019.

However, here is the thing. The series was given an initial order of 26 episodes. And now, we have received the release date for the second half of the show. ‘Cleopatra in Space’ season 1 part 2 (consisting of six episodes) is slated to release on November 19, 2020. The rest of the seven episodes will drop on later dates on the platform. We will update this section with the exact schedule as and when we learn more.

Cleopatra in Space Cast: Who is in it?

The series protagonist has been voiced by Lilimar Hernandez (‘Bella and the Bulldogs’ and ‘Knight Squad’). Her two friends, the cyborg teenager Brian and pink-eyed fish girl Akila, are voiced by Jorge Diaz and Katie Brown, respectively. Her feline mentor Khensu is voiced by Sendhil Ramamurthy, who also lends his voice to Cleo’s father King Ptolemy. Jonathan Kite provides the voice for the series antagonist Octavian. The cast also includes Kari Wahlgren as a haughty student named Callie and Xolo Maridueña as Zaid Antonius, Cleopatra’s possible romantic interest.

Cleopatra in Space Plot: What is it About?

The first section of the pilot episode is set in Egypt before Cleo travels to the future. The rest of the show is set on the planet Mayet in the Nile galaxy. After she arrives in the future, she is hailed as the prophesied hero who will put an end to the terrible reign of Xaius Octavian. To fulfill the tasks that have been bestowed upon her, she starts attending P.Y.R.A.M.I.D. and begins acquiring combat knowledge.

Both the series and the group of graphic novels it originated from heavily draw from historical events. As with real Cleopatra, the protagonist’s biggest adversary’s name is Octavian. Furthermore, Zaid Antonius’ family name is an obvious nod to Mark Antony. Although the show is predominantly episodic, there are two overarching plots, defeating Octavian and Cleopatra’s desire to go home.