When Will Derry Girls Come Back? 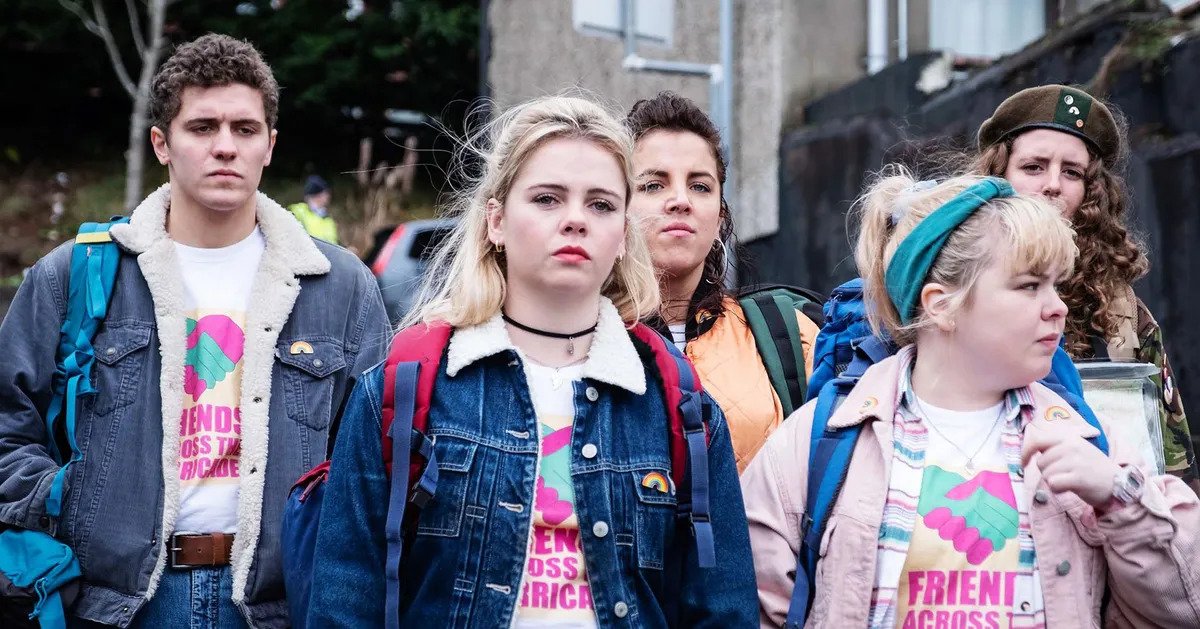 ‘Derry Girls’ is a hilarious, emotional, and endearing comedy-drama series that has garnered quite a big fanbase within two seasons. Focusing on the lives of a group of girls in Derry, North Ireland, the series chronicles the 1990s, a time of political and social turmoil for Ireland. At that time, the country was going through “The Troubles,” and ‘Derry Girls’ wonderfully portrays the struggle of young teenage minds against the evils of violence.

Upon its release on Channel 4 in January 2018, the series became a favorite and was praised for its brilliant performances, witty comedy, and its outstanding representation of the times. After two successful seasons, a third season was confirmed in 2020. With the Covid-19 pandemic in play, fans have been anxious about the future of this beautiful show. In that regard, we come bearing answers!

‘Derry Girls’ season 2 premiered on March 5, 2019, and concluded on April 9, 2019, on Channel 4. Following its release on its home network, the second season premiered internationally on Netflix on August 2, 2019.

Owing to its positive reviews and international success, the show was renewed for a third season on April 10, 2019. Season 3 was supposed to go into production in June 2020, but like most other shows, the unfortunate Covid-19 pandemic rained on the hopes of the filming schedule of the show’s production team. Derry, where the show is primarily filmed, put a halt on all filming activities as it went under lockdown for Covid-19, and for a long time, there was no definite date for when production will resume.

Fortunately, on February 20, 2021, actress Nicola Coughlan, who plays Clare, raised the hopes of fans as she posted that season 3 is confirmed to begin filming in 2021. If the makers manage to commence the production on the third installment in the second half of 2021, we can expect ‘Derry Girls’ season 3 to premiere sometime in 2022.

Can confirm Series 3 of Derry Girls is filming this year and I cannae bloody wait https://t.co/kHejk37WJK pic.twitter.com/kLYi3brIzH

Derry Girls Season 3 Cast: Who can be in it?

Most of the original cast is expected to make a return in season 3. Saoirse-Monica Jackson will be returning to her role as the sarcastically hilarious Erin, while Nicola Coughlan (‘Bridgerton’) and Jamie-Lee O’Donnell will reprise their roles as Erin’s best buddies, Clare and Michelle. Louisa Harland and Dylan Llewellyn will be essaying the characters of Orla McCool and James Maguire. Also confirmed to appear in season 3 is Siobhán McSweeney, who plays Sister Michael, the strict headmistress.

Additionally, sources report that most of the supporting characters from the previous season, including the main characters’ families, will be making their way back to our TV screen. Lisa McGee, the show’s creator, expressed her interest in getting Irish comedian Dara O Briain to play a cameo in the upcoming season. Dara is known for his hilarious stand-ups and has also praised ‘Derry Girls’ on social media. However, nothing has been confirmed yet.

Derry Girls Season 3 Plot: What can it be About?

Season 2 ends on a satisfying and positive note, with the city of Derry well on its way towards a peaceful era. James prepares to go back to England with his mother before realizing how much Derry means to him. This builds up to one of the most emotional scenes in the series when James, deciding to stay back, screams, “I am a Derry girl.” The city of Derry, too, goes through a hopeful change as Bill Clinton arrives to address the population. There is an air of joy and celebration in the air as Derry looks towards a brighter future.

The script of Derry Girls season 3 is confirmed to be ready. While speaking about the new season and its storyline to her.ie, actress Nicola Coughlan said, “We can’t do anything involving a crowd right now, so logistically, it’s really tough. But I spoke to Lisa McGee recently and she talked me through the storylines. They’re so brilliant. Which doesn’t surprise me – she’s just incredible – but it made me want to do it right now.”

The storyline for the third installment of ‘Derry Girls’ has mostly been kept under wraps. However, history tells us that after Clinton’s visit, violence engulfed Derry once more. In 1996 and 1997, riots swept across Northern Ireland, and the show might use this as a backdrop for the new season. Looking at the events that are yet to be covered on the show, we are certain that the third season will be as entertaining as seasons 1 and 2.