When Will Enen no Shouboutai Return? 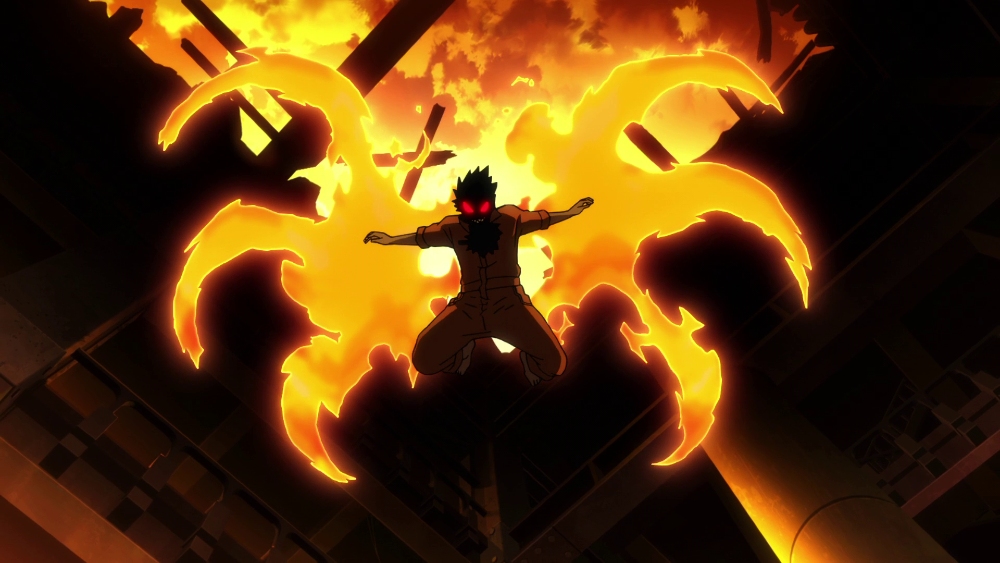 Based on a manga series written and illustrated by Atsushi Ōkubo, ‘Fire Force’ or ‘Enen no Shouboutai’ is set in parallel earth that has undergone a cataclysmic event known as the Great Disaster, during which almost the entire world was covered in flames, rendering most of it inhabitable. The survivors ultimately made their way to the Tokyo Empire, the only known nation that still existed, and settled in there. 198 years have passed since then. The story begins with Shinra Kusakabe, the series protagonist, joining Special Fire Force Company 8. The force is comprised of pyrokinetics such as Shinra whose main job is to neutralize infernals, normal people who transform into living infernos after spontaneous human combustion. The TV anime originally premiered on July 6, 2019. With the recent conclusion of its latest season, you must be wondering when the next one is going to come out. Here is what we know about it.

‘Fire Force’ season 2 originally premiered on July 4, 2020, and aired 24 episodes before concluding on December 12, 2020. The English dubbed version of the series started to be broadcast on November 7, 2020. David Production, the animation studio behind the anime, is yet to renew the show for season 3, but considering the show’s global popularity, it’s only a matter of time before they do so. Season 1 of the anime covers volume 1 to the 3rd chapter of volume 11 of the manga, and season 2 is made up of materials from the 4th chapter of volume 11 to the 6th chapter of volume 20. The producers are likely to wait until the publication of volume 30, which is set to happen in early 2021. If that is the case, expect ‘Fire Force’ season 3 to release in late 2021 or early 2022.

Season 3 can potentially be the final season of ‘Fire Force’. In an interview in July 2019, Ōkubo mentioned that he had plans to end the manga with the 30th volume, although added that these initial plans can change, and the manga can run up to volume 50. If he does end the manga with volume 30, then the show will also end after the 3rd season. Ōkubo has also announced that ‘Fire Force’ will be his last manga series.

Fire Force Season 3 Plot: What Can It Be About?

In the season finale of ‘Fire Force’ season 2, titled ‘Signs of Upheaval, despite Shinra and Arthur’s rigorous training, Shinmon easily wins against them. Exhausted to the point of his limit, Shinra forms an Alolla link and has a vision of his family. Elsewhere, Hibana and Company 6 Captain Kayoko Huang come to see Konro and finds the latter’s Alolla link still intact. A White Clad Kills Captain Hague. Shinmon decides to assimilate Company 7 back with the rest of the empire. Company 8, on the other hand, gets ready to endure the upcoming war with the Evangelist. The Knights of the Ashen Flame make preparations for their final battle with the Tokyo empire.

In season 3, a decisive battle between the Evangelist and Company 8 might be fought, which, in turn, might lead to them being exonerated from the crimes they have been accused of committing. They might eventually join the empire’s efforts to defeat the Knights of the Ashen Flame for good. Captain Hague’s assassination might have some immediate ramifications on how Company 4 is structured. A new captain might be chosen to lead that company.