When Will FBI Season 3 Release on CBS? 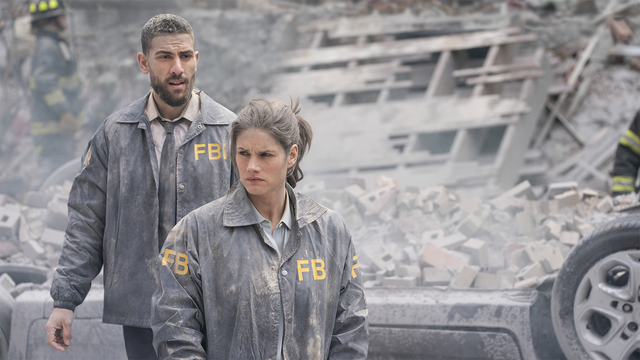 Created by Dick Wolf and Craig Turk, ‘FBI’ is a crime and procedural drama series that revolves around the lives of a group of elite federal agents based in New York. Like any other Dick Wolf TV series, the ‘FBI’ is heavily focused on fast-paced action, high-octane drama, and complicated mysteries. It premiered on September 25, 2018, and has since established itself as one of the top shows on CBS. Its success has led to the production of a spinoff, ‘FBI: Most Wanted’. If you are a fan of the show and want to know whether there will be ‘FBI’ season 3, we may have some answers for you.

FBI Season 3 Release Date: When Will It Premiere?

The FBI Season 2 premiered on September 24, 2019, and aired 19 episodes before concluding on March 31, 2020. Although the producers had planned on making 22 episodes in total, like in the first season, production was halted before shooting for the last three episodes due to the pandemic. Episode 19 served as an impromptu finale for season 2. The network is yet to clarify on releasing those three episodes in the future.

On May 6, the series was renewed for season 3. CBS released its 2020-21 Primetime schedule on May 19, according to which the show will air on Tuesdays at 9 p.m. ET. Last year, the ‘FBI’ returned with a brand-new season on September 24, but then it was greenlit four months earlier than the third season, and there was no raging pandemic to be worried about. As things stand now, ‘FBI’ season 3 will likely release in early 2021.

Missy Peregrym portrays Maggie Bell, while Zeeko Zaki has been cast as Omar Adom “O. A.” Zidan. TV veteran Jeremy Sisto plays FBI ASAC Jubal Valentine. Bell, Zidan, and Valentine’s unit are currently headed by SAC Isobel Castille, who is played by Alana de la Garza. The show also stars Ebonée Noel as analyst and agent Kristen Chazal. Her partner is Stuart Scola (John Boyd). Boyd joined the series at the start of season 3 and was made a member of the regular cast in episode 4.

Most members of the main cast are likely to return. Peregrym took a break from filming in the last season because of her pregnancy. This was explained in the show by sending Maggie to an undercover assignment in episode 17. She will probably return at some point in the next season, if not in the pilot episode itself. In August 2020, it was announced that Katherine Renee Turner had been cast to portray a young agent named Tiffany Wallace in the third season.

FBI Season 3 Plot: What Is It About?

In the improvised finale of season 2, the team investigates the death of a foreign graduate student. Detective Hailey Upton (Tracy Spiridakos) from Wolf’s NBC series ‘Chicago PD’ arrives at the FBI’s office in New York for an interagency training program and has trouble fitting in such a formal environment.

In season 3, when Maggie returns, her undercover mission might get some focus. If Upton becomes a permanent member of the squad, that will open up more crossover opportunities between the ‘FBI’ and Chicago franchises.

Read More on Season Preview: When Will The Resident Return to Fox?