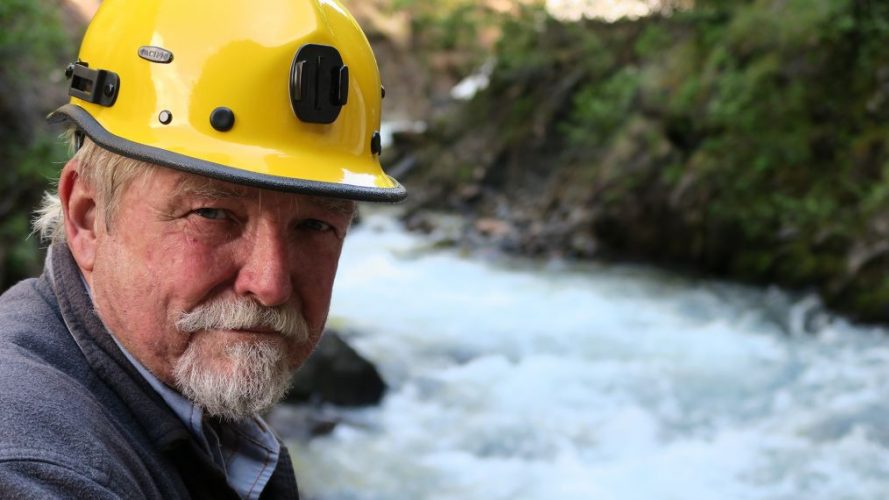 ‘Gold Rush: White Water’ is a spin-off to Gold Rush, a reality tv series that airs on the Discovery Channel. It follows gold miners Dustin Hurt and his dad “Dakota” Fred Hurt as they visit McKinley Creek, Haines Borough, Alaska, hoping to find the gold that is tucked away from the eyes and knowledge of the experts. They make use of suction dredge diving to explore and discover the same. As the show has successfully spanned four seasons, fans are surely wondering about its future. Well, here is everything we know about ‘Gold Rush: White Water’ Season 5.

‘Gold Rush: White Water’ Season 4 premiered on November 13, 2020, on Discovery and came to an end on March 12, 2021. Every episode has a runtime of 60 minutes. The show has gained popularity because of the interesting nature of its content. Moreover, the father-and-son mining team is well aware of the extent of their efforts which includes hiring a team of skilled divers, mountaineers, and bush mechanics to extract gold from remote areas in Alaska.

As far as the fifth season is concerned, here’s what we know. Discovery Channel has not yet released any update regarding an official renewal or cancellation of the show. But the series has earned a place in people’s hearts, which makes its return highly likely. After working for Todd Hoffman for several seasons on ‘Gold Rush,’ the Dakota Boys convinced Discovery Channel to give them their own show. The channel admitted that they were doing something quite interesting and hence, they deserve a chance.

Hence, Discovery has always been quite enthusiastic and supportive of the show. But since the fourth season ended just recently, it might take a considerable amount of time for another season to be greenlit. If the show is renewed for another season within this year, we expect ‘Gold Rush: White Water’ Season 5 to release sometime in 2022.

Gold Rush: White Water Season 5 Cast: Who can be in it?

The cast of ‘Gold Rush: White Water’ is led by “Dakota,” aka Fred Hurt, an expert dredge diver with over 15 years of experience. He is a professional gold miner, claim owner, and fabricator. His son Dustin Hurt is also a miner, claim owner, and dredge diver like his father. Both of them are expected to return for the next season. The third member of their team is gold miner, gold cleaner, and dredge diver Paul Richardson (Kayla Sheets’ husband and Wes Richardson’s brother). The show also has Carlos Minor, a diver with 15 years of experience with the U.S. Marines. Season 3 of the show added to the mix Kayla Sheets, a gold miner and dredge diver, the step-daughter of Fred Hurt and Paul Richardson’s spouse.

Other cast members include gold miner and dredge diver named Ryan Cardoza and James Hamm, another professional miner. Season 4 features Scott Allen, a commercial diver from Battle Creek, Michigan. He is also a U.S. Marine veteran, firefighter, logger, rookie dredge diver, fabricator, and rookie dredge tender. All the cast members are most probably coming back for the upcoming season.

What Can Gold Rush: White Water Season 5 be About?

‘Gold Rush: White Water’ is a show that breaches boundaries when it comes to its ramifications of how mining is done. The only difference between standard mining and the way ‘Gold Rush: White Water’ projects it is that the latter increases the risk by several notches. One has to attempt to seek treasures by diving deep into the depths of icy cold, raging waters. Gold miner Dakota Fred hires a group of professional experts for the same, and every season features different locations.

In the fifth season, we expect the team to explore further and harder as they look for more gold hidden in the depths of the Alaskan wilderness. It might also include a new cast member who would bring more skill and talent to the table.