When Will Grace and Frankie Come Back? 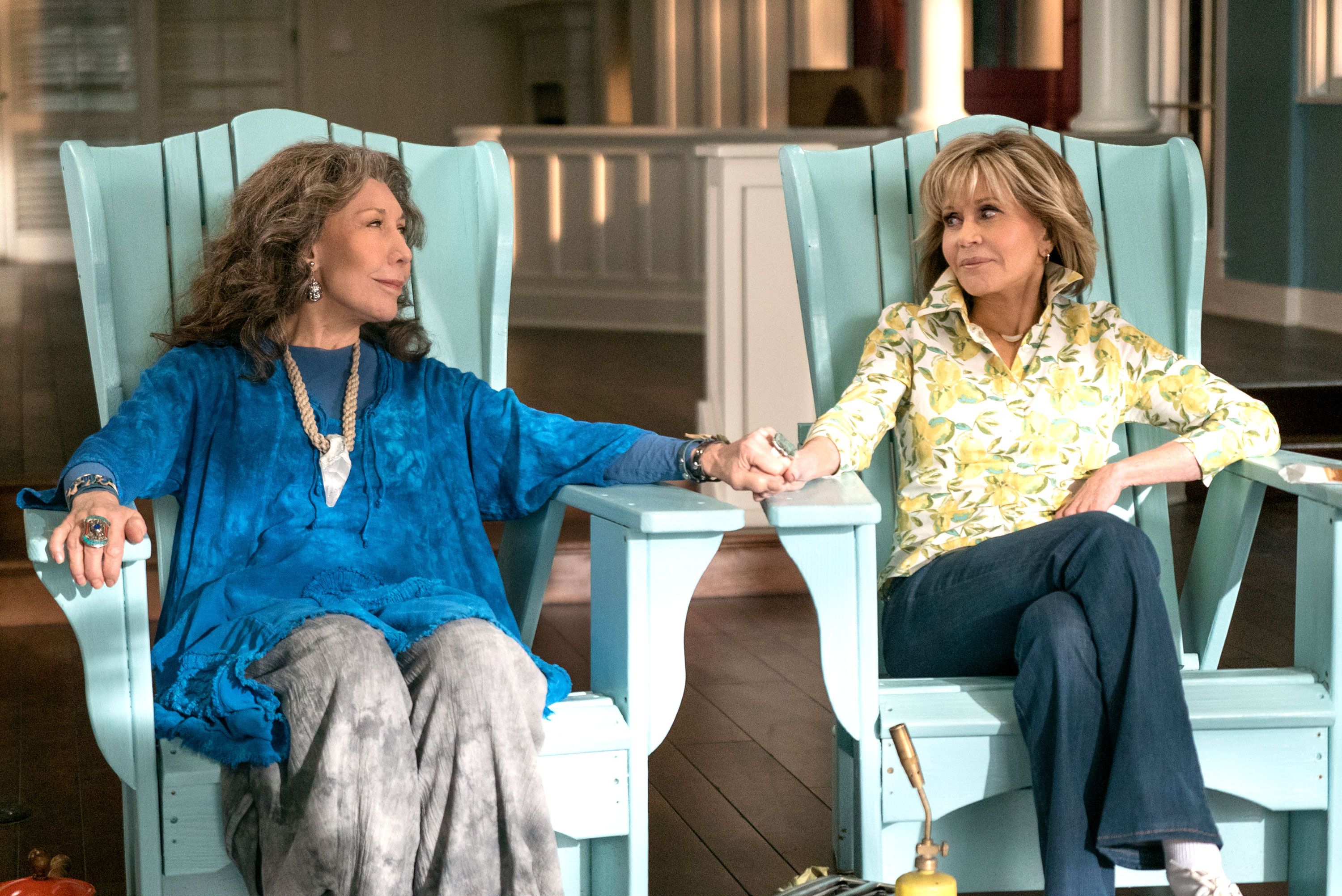 ‘Grace and Frankie’ is a comedy series that is sure to uplift moods and give viewers a good time. One of the longest-running original series created by Netflix, the series first premiered in May 2015. The hilarious and endearing show chronicles the lives of Grace and Frankie, who find themselves in a rut after their husbands claim to be in love with each other. The show follows the duo as they deal with anything and everything life throws at them.

A Marta Kauffman and Howard J. Morris creation, the lighthearted series is loved unanimously for its storytelling, performances, and writing, paving the way for it to spawn six seasons and win several accolades. Critics have even applauded the series for its unconventional take on old age. Since binge-watching season 6, which landed in early 2020, fans have been curious about the show’s future. Well, we come bearing answers!

In September 2019, even before the premiere of season 6, Netflix renewed the show for the seventh season. Unfortunately, Netflix also announced that season 7 would be the final one in this beloved series, but it would have 16 episodes instead of the usual 13. Season 7 went into production in early 2020, but like most other productions, the arrival of the Covid-19 pandemic stopped the team in their tracks in mid-March 2020. The pandemic situation proved worse for ‘Grace and Frankie’ as most cast members are elderly and had to take extra precautions.

You have laughed with us, cried with us and grew old with us. Today we announce Grace & Frankie has been renewed for what will be our seventh and final season.

In September 2020, while talking to Today, Jane Fonda, who plays Grace Hanson, gave fans hope when she revealed that filming for the new season might resume in January 2021. Yet, with the pandemic situation worsening, there was doubt if production could continue in early 2021. Again, through Jane Fonda’s blog, we got confirmation in November 2020, that production for season 7 will resume in June 2021.

Martin Sheen, who plays Grace’s ex-husband on the show, has even hinted that the final season might release in two parts, as the showrunners might decide to release the four episodes which had already been filmed. Though, this has not been confirmed as of yet. If the makers manage to resume production in June 2021 and wrap up by the end of the year, we can expect ‘Grace and Frankie’ season 7 to release sometime in summer 2022.

Grace and Frankie Season 7 Cast: Who is in it?

All of the main cast is supposed to reprise their roles in season 7. Jane Fonda will be returning to her role as Grace Hanson, and her co-star Lily Tomlin will step back into the shoes of Frankie Bergstein. Martin Sheen and Sam Waterston, who play the women’s ex-husbands, Robert Hanson and Sol Bergstein, will also be coming back in the new season. Also confirmed are the returns of Ethan Embry as Coyote Bergstein, Baron Vaughn as Bud Bergstein, Brooklyn Decker as Mallory Hanson, and June Diane Raphael as Brianna Hanson.

The recurring cast members who are set to return include Michael Charles Roman as Adam, Peter Gallagher as Nick Skolka, and Cora Vander Broek as the FBI agent, Karen Fischer. Moreover, beloved singer Dolly Parton is also confirmed to appear as a guest actor on the show’s final season. A veteran fan of the show, Dolly Parton, appeared on the talk show ‘Lorraine’ wherein she said, “I have been trying to do Grace and Frankie for years. We have been trying to write me in somehow so when it is safe to actually do a production, I will probably get around to doing that.”

Grace and Frankie Season 7 Plot: What can it be About?

Season 6 ends with the chance of Grace and Frankie having their ex-husbands move in with them again. The last episode sees the FBI arresting Grace’s present husband, Nick. After Nick’s arrest, the two women find a massive amount of cash inside a sofa, which they decide to hide in their fridge. Grace and Frankie’s ex-husbands also find themselves without a place to live as The Rise Up Toilet they use floods their home. Coincidentally, Grace and Frankie come across Robert and Sol, and the latter decides to move in with their ex-wives temporarily.

Season 7 will take off from where its predecessor ends. There are sure to be several funny moments as the women and their ex-husbands try to adjust under one roof. Furthermore, Nick’s presence still hangs in the air, and he might get out of jail and come back to retrieve his money. Grace regrets marrying Nick in season 6, and she might act on it in the upcoming season. Furthermore, both Robert And Sol claim that they have lost most of their money. Therefore, season 7 will see if the men can claw their way back to financial stability again.

In an interview with Good Housekeeping, series co-creator Marty Kauffmann said, “I can’t say too much, but we’re going to be dealing with Robert, Sol, Grace, and Frankie in a way in that we haven’t seen before.” It opens up a treasure trove of possibilities and situations for the seventh season to play with.  The upcoming season sure feels interesting, and everything points towards it being chock-full of classic comedy, endearing relationship drama, and nail-biting moments that we have grown to love and expect from ‘Grace and Frankie.’

Read More: Is Grace and Frankie a True Story?