When Will How To Ruin Christmas Season 3 Release on Netflix? 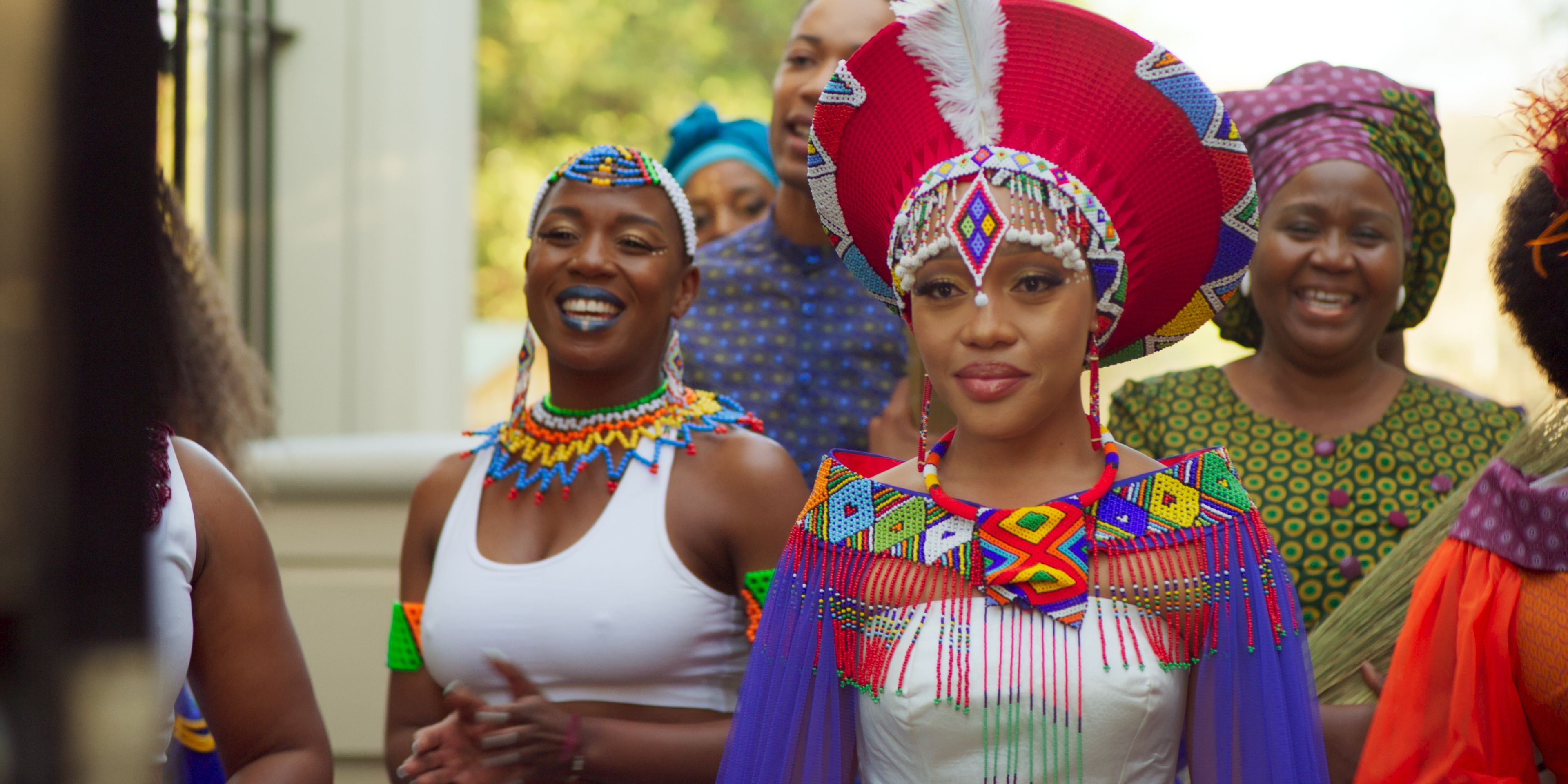 ‘How To Ruin Christmas’ is a South African comedy series that premiered on December 16, 2020. The story revolves around Tumi, a carefree girl who often finds herself making a mess of situations. When she returns home for the holidays, she ends up sabotaging her sister’s plans for a perfect wedding, as well as the family reunion for a funeral. Tumi is then faced with the challenge of making things right before it’s too late. The series also captures the ups and downs of organizing family functions, the dynamics and interpersonal relationships of Tumi’s family, as well as her moments of self-reflection.

Created by Rethabile and Katleho Ramaphakela, both the seasons of the Netflix show were well received by the audience due to the well-timed humor, the goofball characters, and a colorful Christmas backdrop. The audience also appreciated the authentic representation of South African culture and the relatable family nuances. Season 2 matched the success of the first season and mostly got good reviews from both viewers and critics. Fans have since been curious to know whether there is a possibility of ‘How To Ruin Christmas’ season 3 or not. Here is everything we know so far.

Even though the show hasn’t been renewed by Netflix for a third season yet, the inconclusive ending of the second season, as well as the show’s popularity, leaves good scope for the makers to come up with the third season of the show. Thus, fans can hopefully get to see more of Tumi’s misadventures once the creators and the network strike a deal and make an official announcement for renewal. In an interview in December 2021, co-creator Rethabile Ramphakela spoke about the difficulties of shooting during the pandemic amidst the political unrest in KwaZulu-Natal.

Talking about having to halt the production, Ramphakela stated, “So we actually had to go on a production halt. We actually had to stop shooting because it wasn’t safe number one, it was lockdown number two. So (there was not) a lot of access to public areas so there was a lot of anxiety.” Thankfully, things went back to normal in the region, and filming was resumed.

Given the delay in production due to the continued COVID-19 restrictions and the political situation in the filming locations, the third season may also be pushed further, if renewed. As the show has a holiday theme at its core, the first two seasons were released around Christmas time in December 2020 and 2021, respectively. Therefore, considering the above factors, if everything goes accordingly, we expect the ‘How To Ruin Christmas’ season 3 to arrive sometime in Q4 2022.

How To Ruin Christmas Season 3 Cast: Who can be in it?

If ‘How To Ruin Christmas’ gets renewed for a third season, the principal cast members are most likely to return. The main cast comprises Busise Lurayi as Tumi Sello, Yonda Thomas as her fiancé Khaya Manqele, Thando Thabethe as Tumi’s sister Beauty Sello, and Sandile Mahlangu as Beauty’s husband, Sbu Twala. Other cast members who may reprise their roles are Nambitha Ben-Mazwi as Refiloe, Motlasi Mafatshe as Themba Twala, Charmaine Mtinta as Valencia Twala, and Swankie Mafoko as Lydia Twala.

Clementine Mosimane (Dineo Sello), Lethabo Bereng (Cousin Bokang), Desmond Dube (Uncle Shadrack), Rami Chuene (Aunt Grace), and Keketso Semoko (Aunt Moipone) will possibly rejoin the cast as well. Nandi Nyembe may not return in the third season due to the demise of her character Gogo Twala, the beloved matriarch. The potential season 3 will probably see some new faces added to the original cast.

How To Ruin Christmas Season 3 Plot: What can it be About?

In season 2, Tumi returns home for the holidays again and takes Gogo Twala for an outing, only for the latter to pass away tragically. The family gets highly upset with Tumi as they try to deal with the sudden loss. Everybody comes together to prepare for the funeral, and conflicts begin to arise when it comes to making decisions. Tumi also tries to navigate her relationship with Khaya, and the couple eventually realizes that they still have a lot of issues to work on. On the other hand, Beauty and Sbu try to spend the first year of their marriage in London peacefully.

Meanwhile, the Twala family lands itself in trouble when Sbu’s father faces a corruption trial due to the family’s increasingly extravagant lifestyle. Season 1 ends with Tumi and Khaya deciding to take some time off from each other, while Sbu manages to use his abilities to get his family out of their mess. The families are finally able to give a peaceful farewell to Gogo Twala, as per her wishes. The final moments see Tumi taking off for the vacation without Khaya, as she bumps into a handsome stranger on the plane.

If renewed, the third season of ‘How To Ruin Christmas’ shall see Tumi return from her vacation for a new escapade with the family during the next holidays. It can also probably explore whether there is any hope for reconciliation between Tumi and Khaya, as well as the possibility of a new man in her life.