When Will Murdoch Mysteries Season 15 Release? 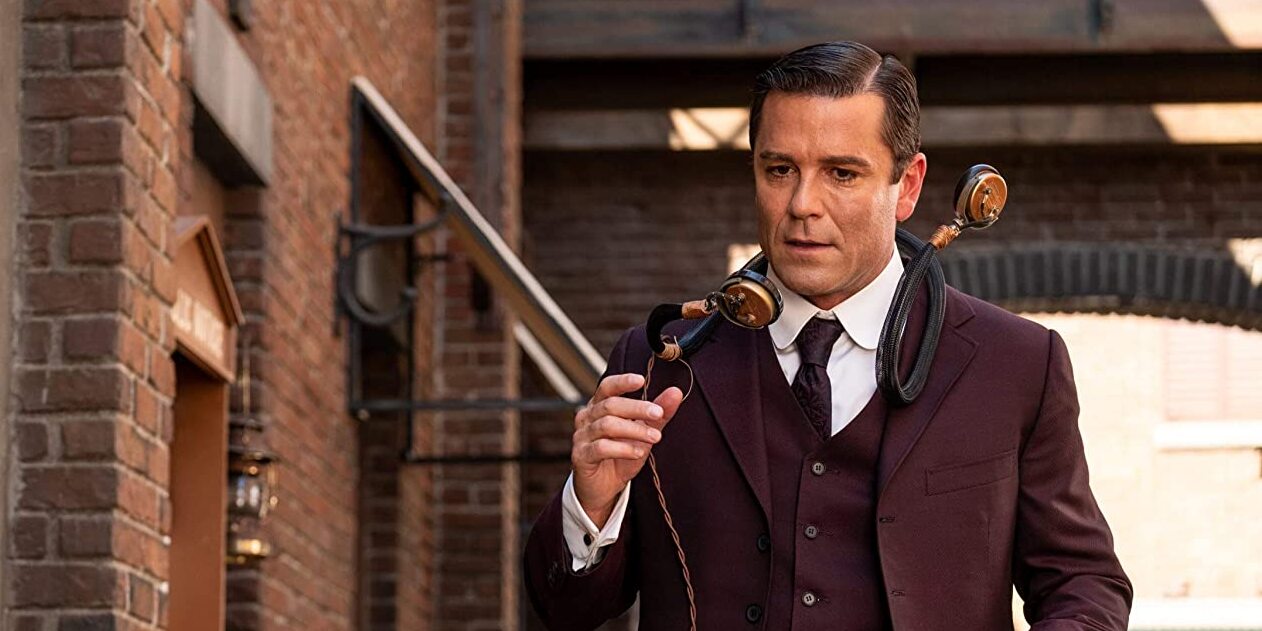 ‘Murdoch Mysteries’ is a long-running crime-mystery period drama based on the characters created by Maureen Jennings in her ‘Detective Murdoch’ novel series. Set in the late 19th and 20th centuries, the show follows Detective William Murdoch, who solves crimes with help from other detectives and a forensics team. Created by Maureen and developed for the screen by R.B. Carney, Cal Coons, and Alexandra Zarowny, the Canadian series originally released on Citytv on January 20, 2008. After five seasons, the series moved to CBC.

The critically acclaimed series is a roaring success and has a wide international fanbase. In the USA, it aired as ‘The Artful Detective’ for 11 seasons on Ovation before it reverted to the title ‘Murdoch Mysteries.’ Fans love the show for its fast-paced and intriguing plotlines. In addition, many viewers enjoy the visual representation of the late 1800s and early 1900s, as the show uses detailed settings and exquisite costumes. But mostly, it has been praised for the performances from the main cast. If you are wondering what the future holds for this show, look no further. We’ve got your back!

‘Murdoch Mysteries’ season 14 landed on April 2, 2021, on Acorn TV, with the season wrapping up on May 3, 2021. Ahead of its US premiere, the fourteenth season debuted in Canada on January 4, 2021, on CBC. The fourteenth installment consists of 11 episodes with a runtime of 43-46 minutes each.

The mega-hit series is yet to be renewed for season 15, and judging by the show’s popularity, it seems like an end is nowhere near. In April 2021, Yannick Bisson (William Murdoch) mentioned that the creators had already discussed a potential fifteenth season, which is why season 14 leaves several plotlines unresolved. You may have also noticed that with just 11 episodes, season 14 is shorter since the usual episode count goes up to 18 or 19. The outbreak of COVID-19 may have something to do with this, as the filming for season 14 was delayed. Therefore, several storylines will have to be covered in season 15 if the show returns.

Bisson also spoke highly of the series and the team working on it. He added that nothing could get him to part ways from the show. Therefore, it seems that the developers of the scripted series may have already chalked out future seasons. Season 14 was reportedly filmed from August to November 2020 before releasing in January 2021 in Canada and subsequently in the US in April 2021. Therefore, if the show is renewed soon and begins filming by Fall 2021, fans in the US can expect ‘Murdoch Mysteries’ season 15 to release sometime in Spring 2022.

Murdoch Mysteries Season 15 Cast: Who can be in it?

Other characters who we see often are Margaret Brackenreid (Arwen Humphreys), Ralph Fellows (Colin Mochrie), Violet Hart (Shanice Banton), and Terrence Meyers (Peter Keleghan). If the show is greenlit for season 15, we may see most of the actors returning to portray their respective roles. Some new cast members may also join, as it is not unusual for the series to bring in new characters each season.

Murdoch Mysteries Season 15 Plot: What can it be About?

In the fourteenth season, Detective Murdoch and his allies continue to take on challenges as they work together to solve crimes. However, the episodes also emphasize Murdoch’s personal life and his relationships. He is caught off-guard by his past and a member of his family that he knew nothing about. Several loose ends are left in season 14, which may be picked up in season 15 if the show is renewed.

In the future, we may see interesting developments in the relationship between Murdoch and Julia. We may also see Watts investigating a murder in one of the early episodes of a potential season 15. On the other hand, Brackenreid is still searching for the truth regarding what happened to his son Bobby. Therefore, the fifteenth edition may also address this storyline. If the show is given the thumbs up for another season, we can expect to see an exploration of Violet’s story.