When Will NCIS Return to CBS? 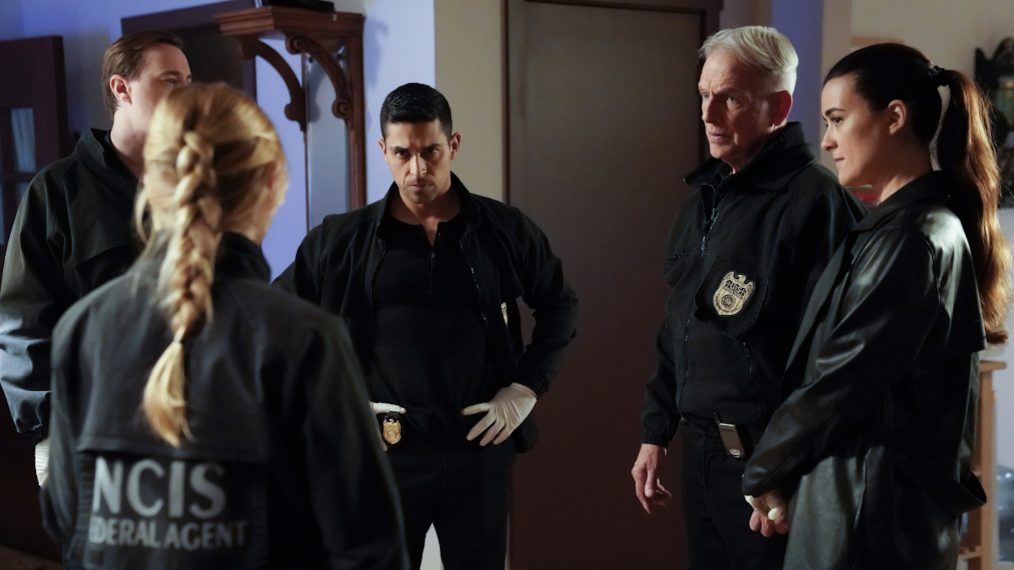 If the enduring popularity of ‘NCIS‘ has proven anything, it is that there will always be a massive audience for a well-made procedural show. Having debuted back on September 23, 2003, ‘NCIS’ has become a rating juggernaut, a cultural phenomenon, and the most popular scripted fare on television today. Created by Donald P. Bellisario and Don McGill as a spinoff of military legal drama ‘JAG’, ‘NCIS’ has far surpassed its parent show and now has two spinoffs of its own, ‘NCIS: Los Angeles’ and ‘NCIS: New Orleans’. With season 17 ending abruptly because production was shut down following the COVID outbreak, many of you must have been wondering when the show will return with a brand-new season. Well, we have the answer for you. Read on!

NCIS Season 18 Release Date: When Will It Premiere?

‘NCIS’ season 17 premiered on September 24, 2019, on CBS. It aired 20 episodes before coming to an end on April 14, 2020. However, the original plan was for a 24-episode season. But before they could even finish shooting for the 20th episode, the decision was made to close the production by the network executives. The producers quickly completed filming the 20th episode on March 14, which was a Saturday. The post-production works were then done remotely.

Actor Brian Dietzen, who portrays Jimmy Palmer on the show, took to Twitter to express his disappointment and thank the fans for their support.

Unfortunately we’ll be shutting down production of NCIS for the remainder of the season after we wrap tomorrow. We’ll produce 20 of our 24 episode order.
It’s been a tremendous year and we have a few more great episodes for you all. Thank you so much for all the support.

On May 6, 2020, CBS announced that it has renewed ‘NCIS’ for season 18. The two spinoffs were also renewed along with it. The series is set to go back into production on September 9 in California.

The story continues. #NCIS has been renewed for an 18th season. pic.twitter.com/aEXSeENDCu

Also in May, the network announced their 202o-2021 Primetime Schedule, according to which NCIS is slated to return to its regular slot on Tuesdays at 8 p.m. ET. As the things stand now, ‘NCIS’ season 18 is set for a release in November 2020.

Numerous actors have joined and left the show during its long run, but Mark Harmon (‘Flamingo Road’, ‘St. Elsewhere’) portraying Leroy Jethro Gibbs has been there since the beginning. TV legend David McCallum (‘The Man from U.N.C.L.E.’, ‘Sapphire & Steel’), playing Dr. Donald “Ducky” Mallard, has been part of the show from season 1 as well. The present cast of the show also includes Sean Murray as Timothy McGee, Rocky Carroll as Leon Vance, Emily Wickersham as Eleanor Bishop, Wilmer Valderrama as Nicholas Torres, Maria Bello as Dr. Jacqueline Sloane, Diona Reasonover as Kasie Hines, and Dietzen as Dr. Palmer.

Most members of the NCIS main cast are likely to return in season 18. Former regular cast member Cote de Pablo, who plays Ziva David, appears in one episode (ep 11: ‘In the Wind’) of season 17. She is probably not going to return in the next season as her character has gotten the proper send-off it deserved. Furthermore, it was reported in July that Bello is making her departure from the show in season 18 after being part of the cast since 2017.

NCIS Season 18 Plot: What can it be about?

Season 17, especially its impromptu finale, showcases an emotional side to normally stoic and cool Gibbs. The 20th episode, titled ‘The Arizona’, revolves around Joe Smith (Christopher Lloyd), who claims to be a survivor of the USS Arizona Sinking during the 1941 Pearl Harbor Attack. Smith has stolen the Purple Heart that was given to an admiral’s daughter, who had been killed in the line of duty in Afghanistan. He promises to give the medal back as long he gets to be interred on the USS Arizona. The NCIS team investigates his claim, prompting Gibbs to reminiscence about his father, who was also a World War II veteran, and his own experience with war in Kuwait. In the end, Smith gets his final wish, and Gibbs opens up about his time in Kuwait to McGee.

In season 18, we might see these new aspects of Gibbs’ character get explored more. With Bello leaving, the budding romance between Gibbs’ and her character Sloane is likely to have an unceremonious ending. The cast and crew were planning for the 400th episode of the series before COVID hit, which was originally supposed to air as the 22th episode of season 18. According to the producers, it is going to air as part of the next season and will focus on how Gibbs and Dr. Mallard met.