When Will The Expanse Return? 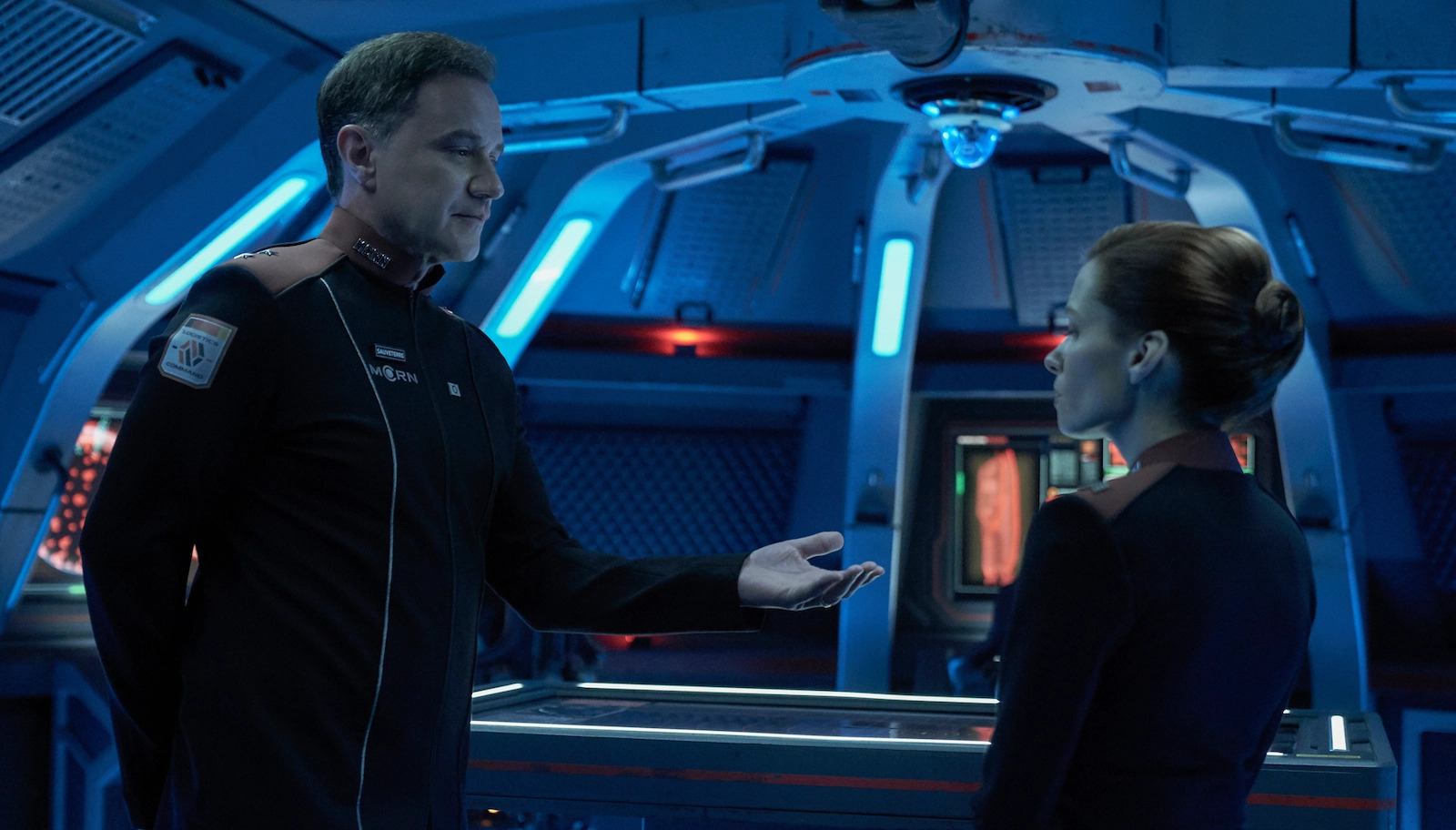 Based on the eponymous book series by Daniel Abraham and Ty Franck and developed for the screen by the screenwriting duo behind ‘Children of Men’ – Mark Fergus and Hawk Ostby, ‘The Expanse’ is a visceral interstellar journey that imagines a distant future where humans have colonized the solar system. As the story follows the conflict between Earthers, Martians, and Belters, the sci-fi drama of immense political intrigue unfolds itself before us.

Since the first season’s release in 2015, the show has spawned five seasons amidst ups and downs. After a slow but steady start, the series has managed to garner a positive critical response and build a loyal fan base. The fifth season leaves the viewers with many loose ends, and fans are ardently waiting for a follow-up. If you are curious about the release details of the anticipated sixth season, let us divulge everything we know about it.

‘The Expanse’ season 5 premiered on December 15, 2020, on Prime Video, with the season finale landing on February 2, 2021. The fifth season includes ten episodes with runtimes ranging between 42 to 56 minutes.

Let us now examine the specifics regarding the sixth season of the fan-favorite show. On November 24, 2020, Amazon greenlit the series for a sixth and final season, three weeks before the premiere of season 5. While the news of Amazon axing the show ahead of its destined ending may disappoint some fans, money and viewership would have been obvious factors behind Amazon’s decision.

Amazon’s revival of the show following its cancellation by the original network Syfy was a noble gesture appreciated by fans. However, while the fourth and fifth seasons performed quite well for the streaming platform, it seemingly was not enough to keep the show running. Moreover, the production cost is high due to the lavish set designing and articulate graphics that feature in the show.

In an interview dated February 9, 2021, showrunner Naren Shankar confirmed that the cast and crew have already started working on the final saga of the space opera. Talking about the filming process, he said, “We just started, we just finished the first week, half week actually last week. So we’re rolling along, we’re into it.” Therefore, following the December release window of the previous two seasons, we can expect ‘The Expanse’ season 6 to premiere sometime in late 2021.

Most of the main cast members are supposed to return on set for the final journey. Steven Strait takes up the lead role of James Holden, the captain of Rocinante. He is accompanied by Dominique Tipper (Belter Naomi Nagata), Shohreh Aghdashloo (UN secretary-general Chrisjen Avasarala), Wes Chatham (Amos Burton, the trusted mechanic of Rocinante), and Frankie Adams (Roberta “Bobby” Draper, the Martian sergeant). Tim DeKay plays the role of Martian Admiral Emil Sauveterre, while Cara Gee takes up the role of Camina Drummer, the Belter captain of the Medina station.

Keon Alexander acts as Belter leader Marco Inaros, while Jasai Chase Owens acts as Marco’s son Filip. In other developments, Cas Anvar will not be returning for the sixth installment following his character Alex Kamal’s death in the finale of Season 6. While Alex does not die this early in the book, Cas Anvar’s character has been killed off following multiple allegations of sexual harassment against the actor. We are hoping to see some fresh casting for the season as well, but it is too early in the day to say anything more than that.

The Expanse Season 6 Plot: What is it About?

The fifth season of the structurally complex show reveals the real nature of Belter Marco Inaros. Marco ties up with Martian separatists to rain asteroids on earth. While the crew of Rocinante gets scattered in their personal missions, the Free Navy attacks Tycho. Holden goes after Marco while Alex and Bobby investigate the Martian angle.

Naomi’s attempt to rescue her son fails, while Amos experiences the visceral destruction of his planet. In a close call, Naomi escapes Chetzemoka and is saved by Bobbie. The finality of events sees the crew of Rocinante reuniting on Luna with rekindled spirit. On its way to Laconia, MCRN Barkeith gets devoured by a mysterious substance outside the ring space.

Season 6 will most likely be based upon the sixth book of the series, ‘Babylon’s Ashes.’ However, the sixth season being the final installment changes a lot of equations for the creators. In an interview with Collider, Ty Franck discussed the potential of the sixth season: “I think, the thing that season six does is it pays off the story that we began in episode one of season one where the Martians, the Earthers, and the Belters were all in this incredibly uneasy and unstable political system with the Belters absolutely being at the foot of that table and everybody fighting for their place in the solar system.”

He added, “I think we pay off that story in a very satisfying way. And we keep some of the mystery intact involving the greater forces of the universe that humans are only starting to become aware.” Meanwhile, another writer, Daniel Abraham, teased by saying, “I feel like we’re going out big, I think we’re going out well.”