When Will The Marvelous Mrs. Maisel Return to Amazon Prime? 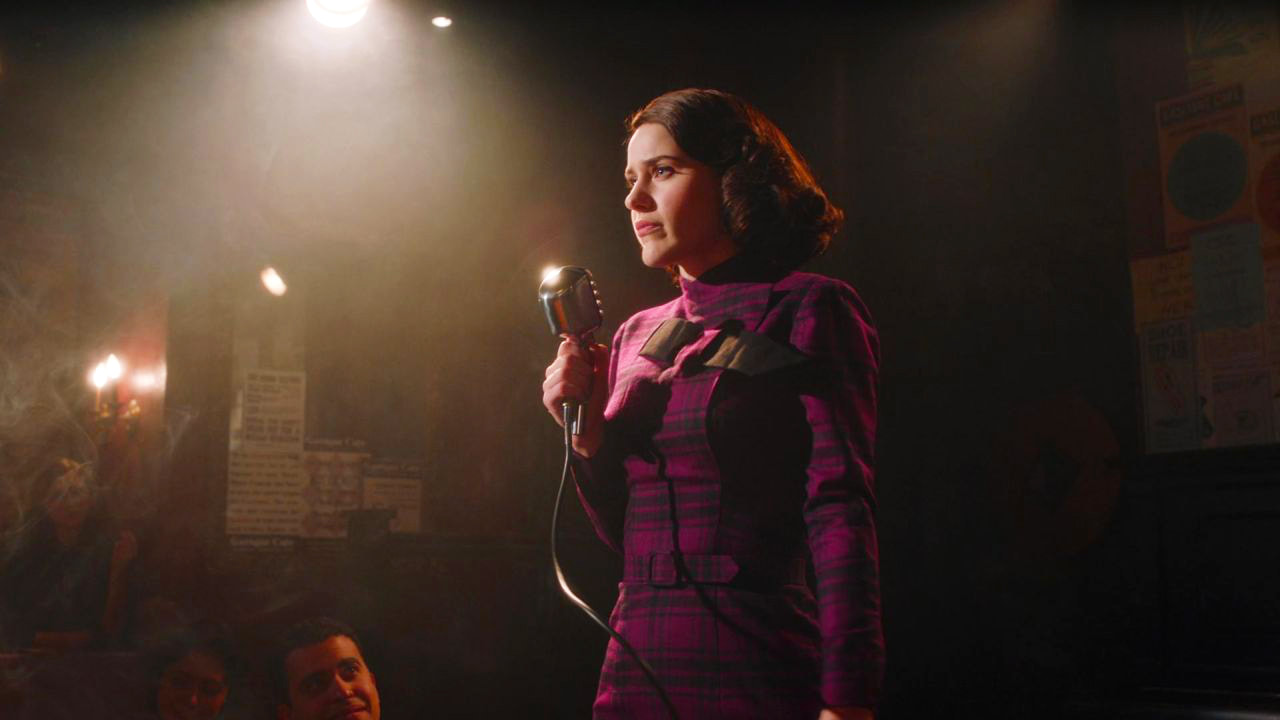 Created by Amy Sherman-Palladino of ‘Gilmore Girls’ fame, ‘The Marvelous Mrs. Maisel’ is a comedy-drama that transports its viewers to late 1950s and early 1960s New York nightlife. The story revolves around Miriam “Midge” Maisel, an upper-class Jewish American housewife, who, after being cheated on and ditched by her mediocre husband, accidentally discovers her talent in stand-up comedy. Since the show’s premiere in March 2017, it has spawned three successful seasons so far.

The show has garnered overwhelming critical acclaim as well as praise from global audiences. Especially, Rachel Brosnahan has been adored in the titular role of Mrs. Maisel, and critics have noted her frankness, confidence, and indomitable spirit that lends the show much of its comic energy. A delightful watch with a dash of gender awareness, the show has gone on to bag multiple accolades, with the highlight of a Golden Globe in the category of Best Television Series – Musical and Comedy.

While the third season could not match the show’s early enthusiasm, it still packs more than a few hilarious punches to keep the fans satisfied. After the third season’s bittersweet ending, fans are eagerly waiting for ‘The Marvelous Mrs. Maisel’ to return on screen. If you are looking to find information regarding the release date and the prospective cast of the fourth season, you may rely on us.

‘The Marvelous Mrs. Maisel’ season 3 premiered on December 6, 2019, on Amazon Prime. The third season of the fan-favorite series comprises eight episodes with an average runtime of 57 minutes per episode.

Let us now investigate the details regarding the confirmed fourth season. A precious jewel in Amazon’s roaster, the original network did not waste much time ordering the fourth season. Season 4 was greenlit only a week following the release of the third season. The week also saw the most-watched opening weekend of the series, making the comeback a definitive conclusion. Production was initially slated for June 2020 but got delayed due to the global pandemic.

However, in October 2020, in a panel discussion at Woodstock Film Festival, the creator assured that the filming of the fourth season would commence on January 7, 2021. In the same event, Daniel Palladino, an executive producer for the show, revealed that there is going to be more reliance on visual effects due to the pandemic situation. After much hassle and a lengthy pre-production process, the filming commenced in January 2021 and the cast and crew finally returned to the New York set.

The HEPA filter in the above picture looks out of time, but hopefully, it’ll do the job to keep the lead actress Rachel Brosnahan safe. If we are to follow the release trend of the second and third seasons of the show and couple that with the potential production delay due to the stringent COVID-19 protocols, we can expect ‘The Marvelous Mrs. Maisel’ season 4 to premiere sometime in December 2021 or early 2022.

Well, we are excited to see most of the main and recurring cast members returning on set for the fourth season. Needless to say, Rachel Brosnahan is returning to the titular role of Midge Maisel to keep the audience marveling. The Golden Globe-winning actress will be accompanied by other regular cast members such as Alex Borstein (Midge’s manager and best friend Susie Myerson), Michael Zegen (Midge’s ex-husband Joel Maisel), Tony Shalhoub (Abraham “Abe” Weissman, Midge’s father), and Marin Hinkle (Midge’s mother, Rose).

In other prominent roles, Kevin Pollak will play the role of Joel’s dad Moishe Maisel, alongside Caroline Aaron, who will take up the role of Moishe’s wife, Shirley. Finally, Jane Lynch, who has been a regular cast member since the third season, will reprise the role of comedian Sophie Lennon. Moreover, we expect to see Sterling K. Brown (Reggie), Stephanie Hsu (Mei), and Luke Kirby (Lenny). The fourth season will certainly introduce some new faces, but the creators are keeping the cards close to their chest.

The Marvelous Mrs. Maisel Season 4 Plot: What is it About?

The third season of the show sees Midge getting her awaited breakthrough. As she goes touring with Shy Baldwin, Joel plans to open a nightclub in Manhattan. Their relationship goes through some awkward developments until they reconcile in the final episode. The tone of the season finale is adequately bittersweet, keeping with the tenor of the whole season. When Midge goes to Moishe demanding her apartment back, Moishe agrees to sell the apartment against the collateral of the Shy Baldwin tour contract.

Midge gives a short improvised performance in the opening ceremony of Joel’s club. Susie struggles with her gambling problem and burns down her deceased mother’s house in attempted insurance fraud, and an awestruck Midge gets to meet Moms Mabley. But things go haywire, as a stressed Midge performs a set full of gay-inferred jokes, nearly outing Shy. As Midge and Susie reach the airport, they get the news of Midge being dropped from the tour. After the season 3 finale, the main question in the mind of the audience should be whether Midge’s final pleading is answered.

The fourth season will pick up from the aftermath of the setback. The season may see Susie and Midge going their separate ways due to Susie’s mishandling of Midge’s money. Midge will quite possibly be infuriated when she gets to know that Joel is handling her money. The creator hinted that the show would get ahead of time to show Lenny’s tragic death from a morphine overdose (which actually transpired with the character’s real-life counterpart), which will leave a lasting mark on Midge. Finally, as Joel and Midge are technically still not separated, they will perhaps be seen reconsidering the divorce.