When Will Warrior Nun Season 2 Release? 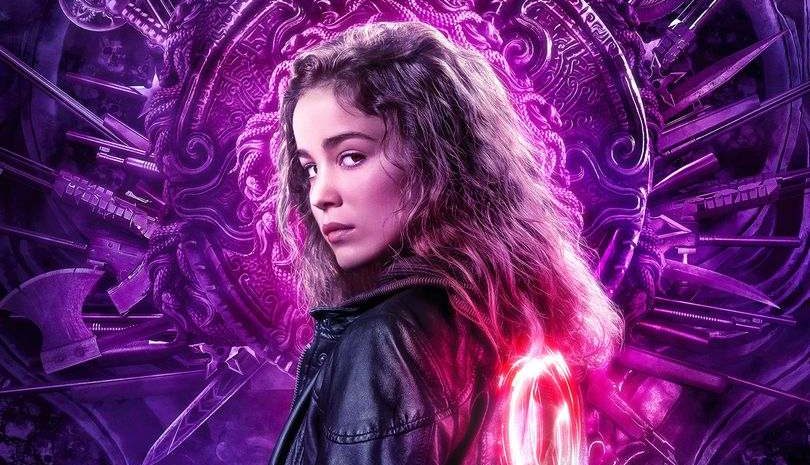 Filled with intense action, high-octane drama, and a gripping storyline, Netflix’s ‘Warrior Nun’ keeps the audience glued to their screens. Created by Simon Barry, the fantasy drama series is based on the comic book character Warrior Nun Aralea by Ben Dunn. The story revolves around a teenager named Ava Silva, who is an orphan living with tetraplegia. One day, she suddenly finds herself awake in a morgue, armed with superpowers and assigned as the Halo Keeper of an ancient order of warrior nuns. A reluctant Ava is forced to train with the nuns as she tries to understand the history of the Order of the Cruciform Sword.

With the safety of The Vatican and the world in danger, Ava begins to realize her strength and protects her newfound abilities from a long-going war between Heaven and Hell. The intriguing story, as well the terrific fight sequences and powerful performances, garnered a lot of praise for the series. ‘Warrior Nun’ premiered in 2020 and went on to become the third most popular show on Netflix in July 2020. Naturally, fans have been waiting for the arrival of the second season of the series. Well, here’s everything we know so far.

As far as another season is concerned, here’s what we know. Owing to the positive reception and great ratings, the network renewed the show for a second season on August 19, 2020, via an exciting announcement by the cast and crew. Filming for season 2 commenced on July 26, 2021, and the main unit wrapped up production on November 4, 2021, in Spain.

That is a wrap on #WarriorNun main unit s2! Sincere thanks to our amazing crew and cast that give 100% every day. Thank you #Madrid for being such a wonderful home and to @netflix & @frescofilm for supporting our crazy vision. Can’t wait to share this epic s2 with everyone! ❤️🇪🇸 pic.twitter.com/aGE9MKY2mA

As the filming is majorly completed, season 2 is probably in its post-production stages which might take a few more months. Taking the above-mentioned factors into account, fans can expect the streaming giant to drop the sophomore season in 2022. If everything goes accordingly without any unexpected delays, ‘Warrior Nun’ season 2 will most likely release sometime in Q2 or Q3 2022.

Warrior Nun Season 2 Cast: Who can be in it?

Three new faces shall also join ‘Warrior Nun’ season 2; they are Meena Rayan (‘Game Of Thrones’) as Yasmine Amunet — a Coptic scholar and journalist, Richard Clothier (‘Fantastic Beasts And Where To Find Them’) as Cardinal William Foster — The Vatican’s second in command, and Jack Mullarkey (‘Vikings: Valhalla’) as Miguel — an activist who finds out about Ava’s mission.

Warrior Nun Season 2 Plot: What can it be About?

Season 1 ends on a riveting note, with Ava discovering that Adriel is still alive and is actually a demon. She learns that he posed as an angel who sacrifices his halo for the Order so that he could get the Knights Templar to serve him. The Order is also revealed to be subservient to Adriel, as well as Father Vincent, who has been pretending to help Ava and is also responsible for Sister Shannon’s death.

Towards the final moments of the finale of the inaugural season, Adriel intends to recapture the halo from the nuns after escaping from the tomb to execute his diabolical plans. As Shotgun Mary gets swarmed by Adriel’s possessing demons, the season finale concludes on a cliffhanger about the fate of the nuns.

Talking about the upcoming season in an interview with Inverse, creator Simon Barry said, “When we were finishing Season 1, we had many more avenues to go down story-wise. So we created a folder thinking, hey, if we’re lucky enough to get Season 2, here are some things we could draw from. After seeing the show completed, we regrouped just to talk about ideas.” Thus, season 2 has a lot of story arcs to explore, especially Ava rising to her potential as a Warrior Nun and creating a new group along with the other nuns, who are left shocked after hearing about the true origins of the Order.

In the second season of ‘Warrion Nun,’ the fierce and strong-willed nuns would plan vengeance against Father Vincent for his betrayal. We can expect Ava and the Order to eventually train themselves to battle Adriel. In an interesting turn of events, the warrior nuns would be aided in their mission by the forces of heaven. The state of Shotgun Mary after the attack in the season 1 finale shall also be revealed. Moreover, the three new characters — Yasmine Amunet, Cardinal William Foster, and Miguel — are expected to add a lot of exciting twists to ‘Warrior Nun’ season 2.