When Will Young Sheldon Season 5 Release? 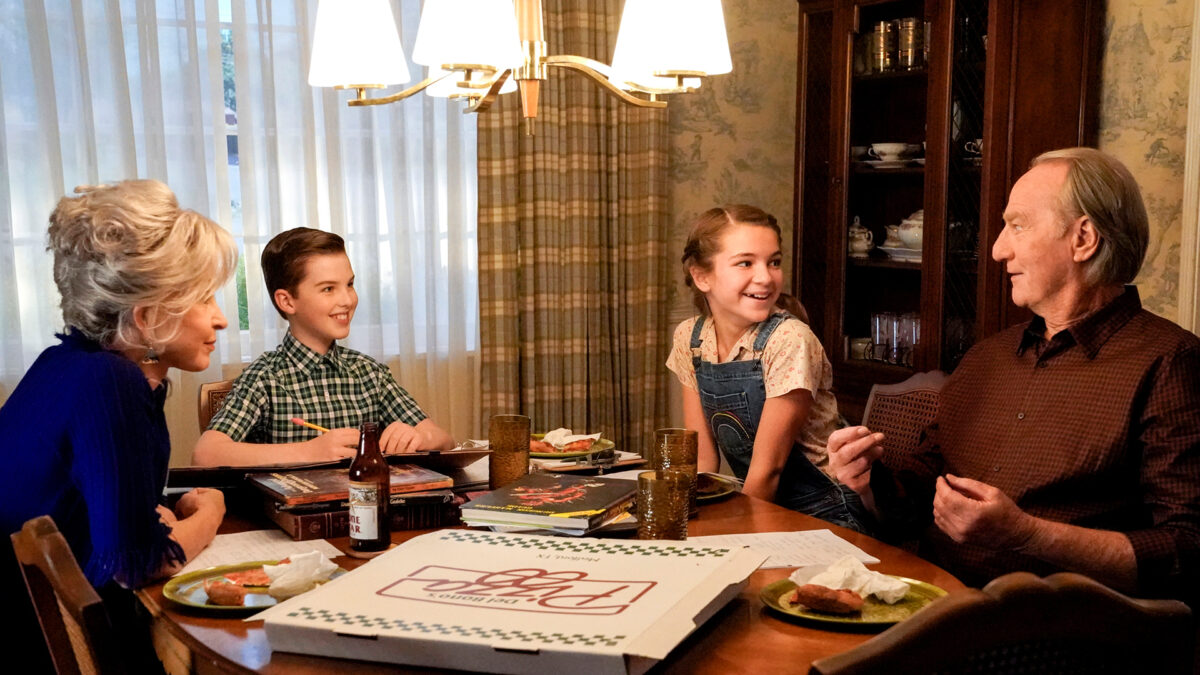 ‘Young Sheldon’ is one of the most popular sitcoms on CBS. Created by Steven Molaro and Chuck Lorre, the show first released on September 25, 2017. The spin-off prequel to ‘The Big Bang Theory’ revolves around a young Sheldon, who lives with his family in the fictional town of Medford, Texas, in the late 80s and early 90s. When we first meet him, he is a nine-year-old high school student who possesses superior intellectual skills but struggles with social interactions. As a result, Sheldon finds it hard to fit in with people his age, and even his family has trouble understanding him.

Over four seasons, the series has become a fan favorite and has attracted a lot of positive attention from the critics. The talented cast and the relatable themes around family have won over many hearts. However, it has mostly been praised for standing on its own feet instead of leaning on the popularity of the parent series. Fans cannot seem to get enough of Sheldon’s story and the adventures of the child prodigy. So naturally, you must be eager to know if a fifth season is on the horizon. Well, you need not wait longer, as we’ve got the answers to all your questions!

As for the fifth season, we have great news for you! On March 30, 2021, the series was given the go-ahead for season 5. Not only that, it has been renewed for two more seasons, which means we have been guaranteed a total of seven installments of the sitcom. This is not the first time that CBS has given the show a multi-season renewal since seasons 3 and 4 were also ordered simultaneously in February 2019.

What if #YoungSheldon was an *actual* 90s sitcom? We can only imagine what that would look like, but you don’t have to imagine this— we’re getting three more seasons of Young Sheldon! pic.twitter.com/090Me4qOaA

As the renewal of the show for seasons 5, 6, and 7 was announced, the President of CBS Entertainment Kelly Kahl stated, “’Young Sheldon’ dominates the broadcast comedy landscape by over 2.5 million viewers and is the lynchpin of CBS’s top-rated Thursday comedy lineup.” He continued, “We’re excited to see what the next three seasons have in store for a slightly older Sheldon and all the Coopers.”

Overall, the series draws about 9.6 million viewers every week; therefore, it comes as no surprise that the hit prequel got a heavy order of episodes that are likely to last us through 2023. The fourth season began filming in late September 2020 and wrapped up mid-March 2021. Since the production team only required a head start of about one and a half months to deliver the episodes of season 4 on time, it means that fans won’t have to wait long for the upcoming season.

Taking into account the fact that the show has already received an order for three more editions, the production team might be able to get started in time to return to its usual release schedule. New seasons for the sitcom typically arrive in September and run till Spring the following year, but season 4 was an exception due to delays caused by the pandemic. Therefore, we can expect ‘Young Sheldon’ season 5 to release sometime in Fall 2021.

Young Sheldon Season 5 Cast: Who can be in it?

In addition, Mckenna Grace (Paige Swanson), Doc Farrow (Assistant Coach Wilkins), Jason Alexander (Mr. Gene Lundy), Mary Grill (Officer Robin), and Reba McEntire (June) may also reprise their roles. The series would not be the same without Jim Parsons, who narrates the story as adult Sheldon Cooper. Therefore, he may continue to do so in the fifth season. New actors may also join the cast if fresh characters are added to the storyline.

Young Sheldon Season 5 Plot: What can it be About?

In the final episode of the fourth season, Sheldon steps up and supports his twin Missy when she is going through an emotional time. Earlier in the season, when Sheldon is having second thoughts about going to college, it is Missy who encourages him. Well, it seems that tables have now turned. Mary and George Sr. seem to have hit a rough patch in their marriage.

In the upcoming season, we can expect to see the significant changes that the Cooper family goes through. So, a lot is coming their way. Fans may remember that adult Sheldon in ‘The Big Bang Theory’ talks about the separation of his parents. Could this mean season 5 is going to bring bad news concerning his parents? The fifth season will take us along into a new year in Sheldon’s life.