Where Are Kenny Barnes and Kelly Chase Now? 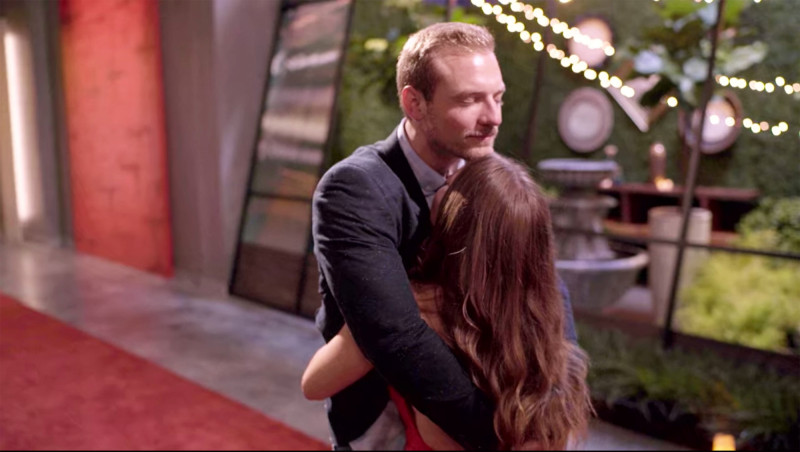 Is love actually blind? Well, it seems like Netflix’s dating reality show ‘Love Is Blind’ tries to reinvent this lofty theory that has lost all meaning in the contemporary era. In this modern age ruled by Tinder and Bumble, the first impression is always made by the profile picture. But what if someone can prove it wrong?

In ‘Love Is Blind’, single men and women are given the chance to prove that people can fall in love without really seeing each other. When a man ends up proposing to any of the women he likes, only then can they have their first glance.

However, in the show, out of thirty singles who were introduced in the first episode, only 12 decided that they have found their soulmate. And among them, one couple that agreed to go ahead beyond the pod is Kenny Barnes and Kelly Chase. You must be wondering, where these two currently are and what are they up to? Let’s dive straight into that.

Where is Kenny Barnes now?

Kenny is a 27-year-old commercial and architectural lighting consultant. When he first came across the concept showcased in ‘Love Is Blind’, he was intrigued. He wanted to give a shot at whether he could find lasting, meaningful love without even seeing his potential bride.

Kenny believes that communication is vital toward setting up the base for any relationship. And hence, the idea that one could discover a fulfilling romance, based solely on conversations, appealed to him. After all, social media is all about a fake facade and Kenny thinks that honesty is the best tool to earn the trust of one’s partner.

After entering the show, in the second episode, Kenny finds his connection with Kelly, and they instantly are drawn to one another. They are almost convinced that this is the love they had been searching for all these years. But do Kelly and Kenny end up together?

As per Kenny’s Instagram profile, he has an adorable corgi. He has recently been on a lot of adventure trips, vacations, and gym sessions. But unfortunately, in all his posts, he is either single or with friends and family. So we can’t exactly say where he is in his journey with Kelly as of now. Since all of the cast is quite tight-lipped about the future episodes, we guess we will have to wait to find out.

Where is Kelly Chase now?

32-year-old Kelly works as a health coach and currently, with a stable career, she is all up for romance. In fact, she is now in the corporate world with a regular 9-5 job.

Previously, Kelly had met men on dating apps or through common friends. But now, she wishes to connect to the guy of her dreams and her main criterion is personality. Yes, she meets Kenny and they look so cute together.

Now to the question of whether they are still together. It seems like Kelly is currently busy doing what she does best — staying fit, inspiring her followers, and curating some awesome, healthy dishes. You can check her out here. There is no indication as such that Kelly and Kenny are a couple. Though, you have to remember that reality shows are very secretive about revealing anything. So it is fair to assume that the couple might be under contractual obligation to not reveal anything till the show comes to an end.