Where Are Lauren Speed and Cameron Hamilton Now? 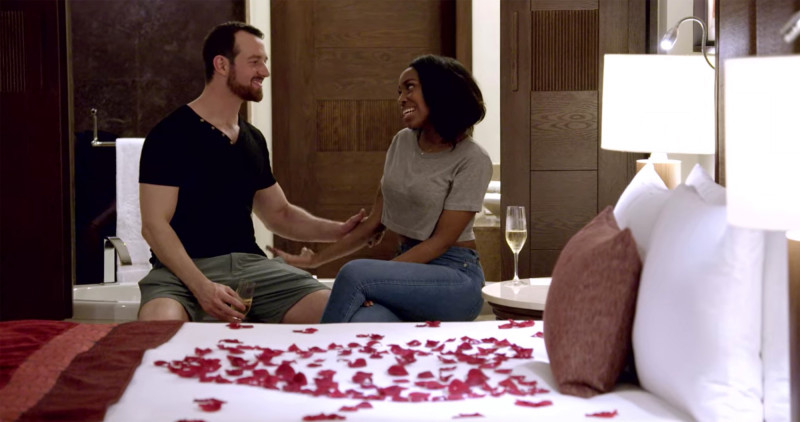 ‘Love Is Blind’ might bring a fresh concept but it does contain similar elements from other reality shows. The first half of the series, comprising five episodes, follows thirty Atlanta-based contestants as they speed date one another without having the option to see each other. What seems ridiculous at first quickly transforms into instant, deep connections.

One such pair is Lauren Speed and Cameron Hamilton. With Lauren’s last name being Speed and Cameron having the surname of the famed Formula One racer Lewis Hamilton, does this relationship reek of too much coincidence? Let’s find out more about these two potential life partners.

Where is Lauren Speed now?

The 32-year-old Lauren Speed is a content developer and a native from Detroit, Michigan. Currently, she lives in Atlanta, Georgia. She also describes herself as a producer, director, and model. In her Instagram profile, her bio additionally defines her as creative.

Lauren introduces herself to the show by saying: “I really want a man who’s going to love me for me, not what I look like but for who I am on the inside.” Well, after just five days, she finds her dream man in Cameron. She expresses her emotions for him saying: “My connection with Cameron is very strong and I feel like I’m a good judge of character.”

By the end of the first half of the series, Lauren and Cameron seem to have progressed a great deal. So do social experiments on tv work? We have our hopes set on this couple as they are one of the strongest pairs on the show yet.

Where is Cameron Hamilton now?

Cameron Reid Hamilton works as a Data Scientist in Weill Cornell Medicine. The 28-year-old professional is originally from Maine. The super educated guy even has a BA in Psychology, MA in Neurophilosophy and an MA in Artificial Intelligence. Great going!

Now to get to the exact question. Are they still together. Well, we have done our bit of cyberstalking and here’s what we think. Cameron is relatively new to Instagram. But on his profile, among his few posts, there are a couple of pictures from Olea Cancun Playa.

Even Lauren posted her picture from the same destination.

The dates reveal that the images were posted around the same time. But these were way back in December 2019. And they probably belong to the trip they went on in the show. But here’s an interesting observation. Although Lauren does not follow him on insta (most likely because of contractual obligations), can you guess who is among his 267 likes? Well, Lauren is there! So, you can make your guesses on whether they are still together.

Contestants from reality shows are usually not allowed to reveal anything. Hence, several participants refrain from disclosing anything to social media, and sometimes even to their close friends.

Despite the secrecy, we are confident that sure that Cameron and Lauren are still connected. We will soon come to know if our hunch is correct.