Where Are Sandra Goulet, Alyssa Goulet, and Jason Almeida Now?

For the Goulets, Thanksgiving in 2016 was supposed to be a happy family reunion. Alyssa Goulet and her boyfriend, Jason Almeida, were visiting her mother, Sandra Goulet, in Casco, Maine. By then, Sandra had been dealing with the fallout from her breakup with Norman Strobel. Investigation Discovery’s ‘Obsession: Dark Desires: Cabin in the Woods’ chronicles how Norman’s erratic behavior put Alyssa and Jason in the crosshairs, ending in a violent confrontation. So, if you’re wondering what happened and where they might be today, we’ve got you covered.

Who Are Sandra Goulet, Alyssa Goulet, and Jason Almeida?

Sandra was living in North Kingstown, Rhode Island, when she divorced her husband during the mid-2000s. She met Norman sometime in 2005 and moved to Maine with him, buying a house close to another rental property she had there. According to the show, Sandra didn’t have a great relationship with her children after the divorce and the move. While in Maine, she settled into a good routine with a great job. But things began to go downhill a few years into the relationship.

Sandra mentioned on the show that Norman had some health issues that caused him pain when he walked. As a way to numb that, Norman began to drink heavily, affecting his behavior with Sandra. By July 2016, the conduct had escalated. At one point, Sandra was in the bathroom, and Norman barged in. He then threatened to kick her in the face, bind her, burn the house down with her, and then shoot himself.

The following day, a drunk Norman confronted renters on Sandra’s property, leading them to leave. By then, Sandra had had enough and filed for a protection order that was granted to her on July 5, 2016. Things only escalated from there, with Norman repeatedly showing up at Sandra’s house or calling her. In September 2016, she wrote in a letter to the court, “My nerves are shot; I feel like I’m walking on eggshells, waiting for a bomb to explode. I can no longer live in this type of situation. I will either have some type of medical event, or he will carry out his ‘promises.'” 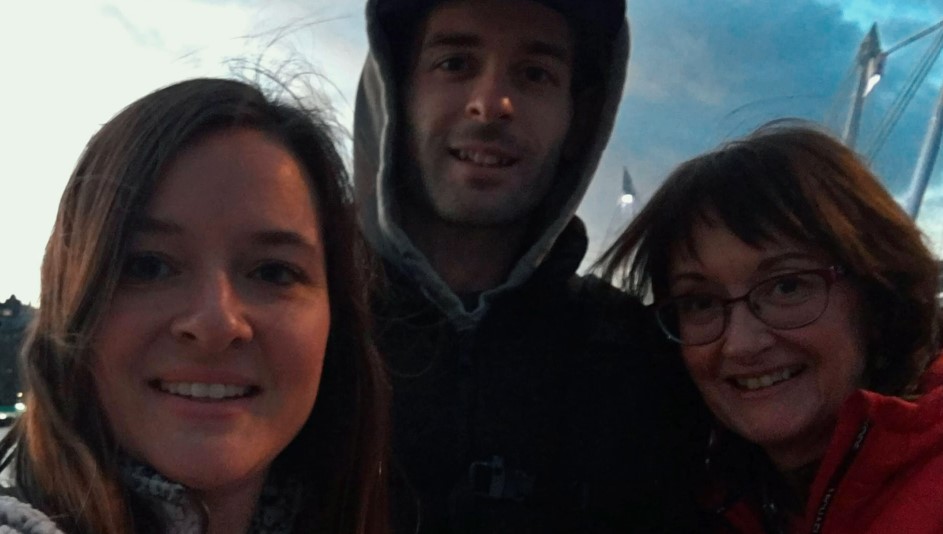 By November 2016, Sandra reconnected with her daughter. Alyssa and her boyfriend, Jason, planned to visit Sandra for the holidays on November 24. While in Maine, the couple stayed at the rental property in Casco. By this point, Sandra had kicked Norman out of the house, and he had been in and out of jail because he violated the terms of the protection order several times. Norman was released from prison on November 19, 2016, and four days later, he broke into Sandra’s home and stole her dogs.

On November 26, 2016, Norman’s behavior escalated to violence. He went to the property on Casco looking for Sandra. Alyssa later said, “Norm made visual contact with me in the kitchen window and then aimed the gun directly at me.” She quickly ducked, and Jason jumped over her. He was shot four times in the stomach with a 9mm as he got Alyssa to another room. Jason was rushed to a hospital, while Norm was eventually killed during a police shootout.

Where Are Sandra Goulet, Alyssa Goulet, and Jason Almeida Today?

At the time of the incident, Sandra was at a friend’s place and was unharmed. Over the phone, Norman told her about the shooting, and that call led the authorities to track him down to a mobile home in Naples, Maine. She later said, “He wanted to hurt everyone that was around me if he couldn’t get to me.” While Sandra was relieved at Norman’s death, she was still critical of the police for not keeping an eye on him after his release.

In 2019, Sandra voiced her support for a bill that would provide better protection for domestic violence survivors. If someone violated a protection order for a third time, it would be considered a felony. Today, Sarah is in a stable and happy relationship with Wayne Shaw. She still lives in Casco and works as a private duty nurse at a pediatric agency in Maine.

Jason faced a long road to recovery after the shooting. He underwent five surgeries and had liver damage and broken ribs. In addition, Jason stated on the show that he lost half his stomach and spleen. He talked about dealing with PTSD, and the couple has since taken defensive handgun lessons. Alyssa and Jason have been married since January 2020 and now live in Middletown, Rhode Island, with their daughter. While Alyssa works as a social worker and a therapist, Jason recently graduated from university with a degree in Geological Oceanography. He is presently attending graduate school.