Where Are Timothy Moore, Shane Evans, and Shandon Groom Now? 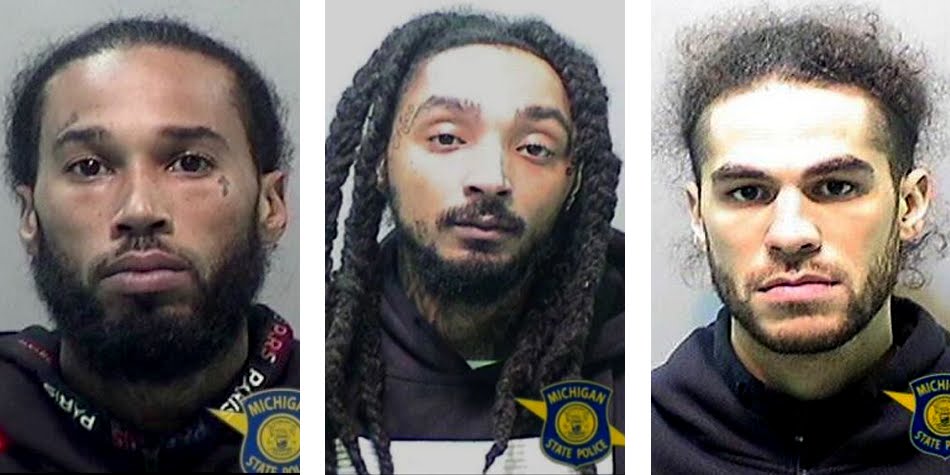 NBC’s ‘Dateline: The Wrong Door’ is an episode that examines the heinous homicide of Egypt Covington in her Van Buren Township residence in June 2017. The 27-year-old local singer was found dead in her Hull Road duplex by her boyfriend, and although investigators quickly identified a person of interest, years passed without any arrests. In fact, it was only towards mid-2020 that inquiries shifted, leading to the apprehension of Timothy Moore, Shane Evans, and Shandon Groom. So now, let’s learn more about these accused (not yet convicted) killers, shall we?

Who Are Timothy Moore, Shane Evans, and Shandon Groom?

It’s no secret that Egypt Covington’s entire family fought to have her case turned over to the Michigan State Police for years. Their extensive efforts were both public and private, including protests, hiring PIs, and numerous meetings with officials. They maintained that Egypt’s matter needed more than Van Buren Township Police’s initial investigation, and in August 2020, their wish became a reality. With that, new evidence came to light, driving detectives to arrest Timothy Eugene Moore (34) of Toledo and Shane Lamar Evans (31) of Sumpter Township in early November.

In December, after both of them had been arraigned, Shandon Ray Groom (28) of Toledo was charged and arrested for Egypt’s homicide as well. We should mention that Timothy already has an extensive criminal record, with a conviction for assault during an attempted armed robbery years before this incident. Now, he’s charged with first-degree homicide, felony murder, first-degree home invasion, and four counts of felony weapon possession. Shane has one count of felony murder and home invasion on him, whereas Shandon is charged with first-degree murder, murder, home invasion, and three counts of felony firearm.

As per records, Egypt’s neighbor had a marijuana business and was out of town for a music festival back on June 22, 2017. When these three men wanted some weed, they decided to break into his house. After all, Shane knew all this since he was a yard worker in the region. When they reached the location, Shane alleges that he pointed towards the correct house and kept going, basically accusing the other men of going into the wrong door, leading to Egypt’s passing. However, phone records place all three at the crime scene and near where they disposed of her cell phone after stealing it from her duplex during the crime.

Where Are Timothy Moore, Shane Evans, and Shandon Groom Now?

In a police interview made public via a preliminary hearing in March 2021, Shane Evans said, “I knew [Egypt’s neighbor] was out of town. I knew he was out of his house. I said go to the right. I knew 100 percent no one was in that house. They went to the wrong door.” He added that he found out about her death only when he saw the news, and later when Timothy Moore “was like ‘Do you wanna know what happened?’… I said, ‘No, don’t never wanna know what happened.'” With these details, a judge ruled that they, and Shandon, would face trial, which has not yet happened.

Timothy, Shane, and Shandon Groom were all denied bond, meaning that they remain in Wayne County jail even today. As per their booking details, their housing facility is Old Jail, and their next set court date is November 17, 2021. Since Timothy and Shandon have not commented on the matter, it’s unclear where they stand. Maybe the next legal step would give some much-needed answers to Egypt’s loved ones by revealing whether these three are guilty or not. At least, we hope it does.