Where is Stefan Moon Now? 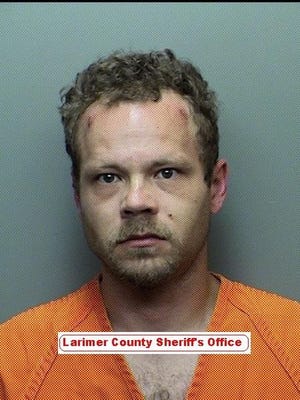 A truly frightening case has been discussed in a special episode of ‘Dateline‘ titled ‘Left For Dead.’ It involves sexual assault, kidnapping, and horrific beatings. Although the police did all they could, the case went cold and it seemed that the chances of solving it were slim. Then, a stolen bicycle gave authorities the break they needed. In this article, we take a look at what transpired that night and how the culprit was eventually caught.

Who is Stefan Moon?

Stefan Alexander Moon is the man responsible for assaulting 20-year-old college student Amber Smith on August 31, 2013, in Cottonwood Glen Park in Fort Collins. Multiple people had called 911 when they heard the screams of a woman begging for help. The then-rookie cop, Dane Stratton, responded to the call. Amber was found naked, and she had been bound with red duct tape. She had been strangled and beaten so severely that she had a brain bleed and a broken jaw. This incident also caused her to lose her memory with regards to the identity of the attacker.

The police launched its investigation and soon found out that Amber had been at Rossborough Park the previous night. This was about 1.5 miles from where she was found. She had been assaulted in a house, and although she could not recollect how she got there, she did remember that it was dark. Authorities had gathered DNA from the crime scene and felt that the perpetrator must have already been in the system, given the harshness of the crime. Alas, this did not yield any results at that time, and the police had to wait till 2017 before they could finally catch their man.

In the meantime, Moon had rented out a room in the same house where Amber lived. In fact, she stated that their first interaction consisted of him giving her a dirty look. However, by 2015-2016, the pair had developed a friendship. Amber also told Moon about her traumatic experience, and he consoled her. At one point, he even asked her if she wanted a hug.

The break in the case came only when Moon was arrested after allegedly stealing and trying to pawn his friend’s bike. You see, doing so is a felony, and in Colorado, all people arrested for a felony undergo a DNA swab. Almost four years after the crime, the police were finally able to link Stefan Moon to the crime.

Where is Stefan Moon Now?

While in custody, Moon stated that he was merely responding to a Craigslist ad for free sex that night in the park and that he had sex with an unknown woman because he bought her beer. Both the prosecution and the defense were unable to find the specific ad Moon was referencing, but the latter located similar ads.

Moon’s lawyer had actually requested that his client be sentenced to 48 years in prison (which is the minimum sentence for such a crime), stating that Moon had just as many positives as he did negatives. But Larimer County Deputy District Attorney, Brian Hardouin, felt that the maximum sentence had to be doled out in this case. Moon was found guilty on two counts of sexual assault, second-degree kidnapping, and first-degree assault, and Judge C. Michelle Brinegar sentenced him to 128 years behind bars. Apart from this, he was also labeled a violent sexual predator.